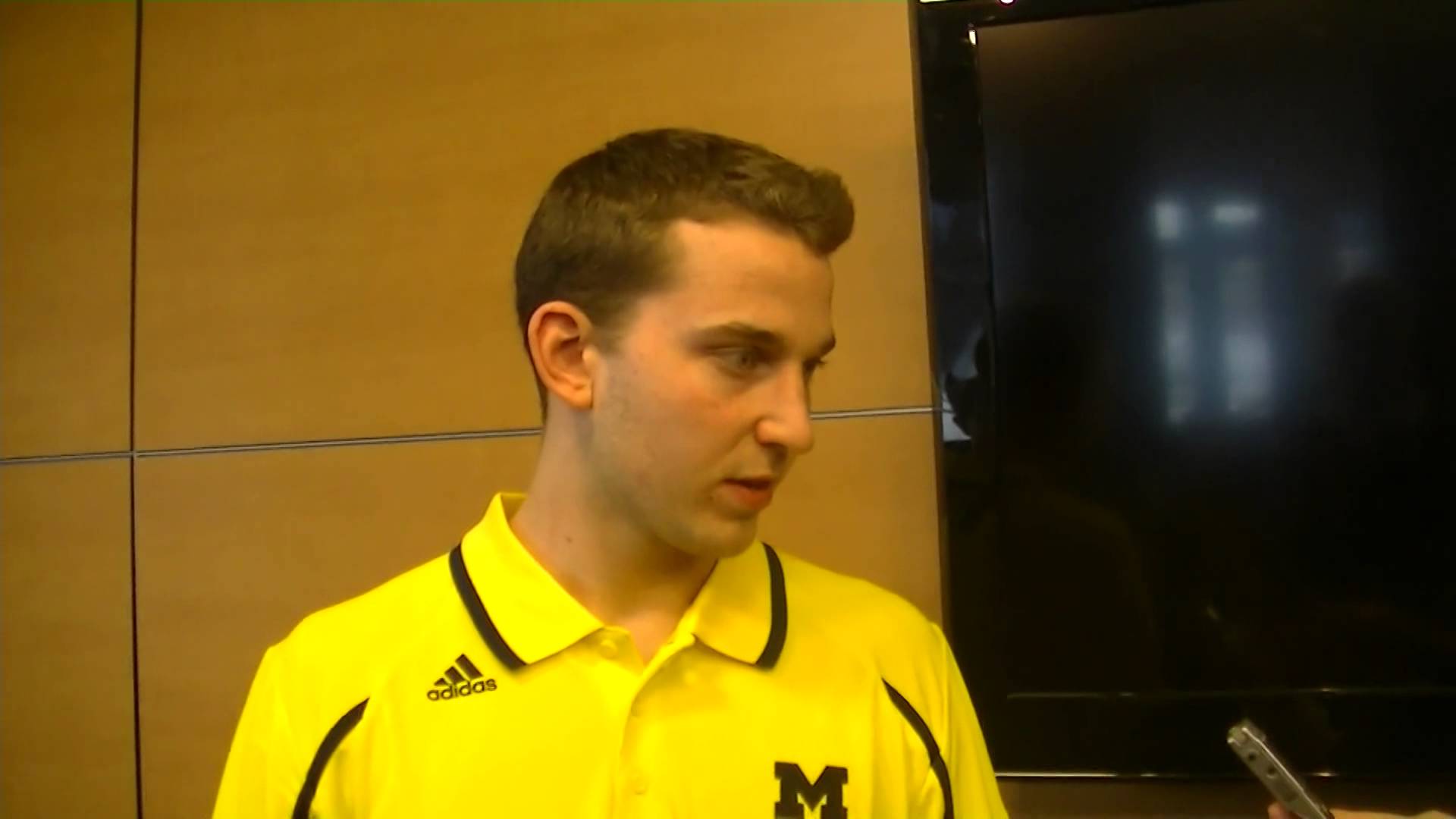 Nik Stauskas and Glenn Robinson III retreated to their familiar post-game corners in the Crisler Center media room following the press conference. The two players went more in-depth about their decisions to leave for the NBA after two years. They talked about what they’re expecting in the NBA, who helped them along the way and much more. You can watch the interviews using the embedded media players below.

Robinson after the jump.