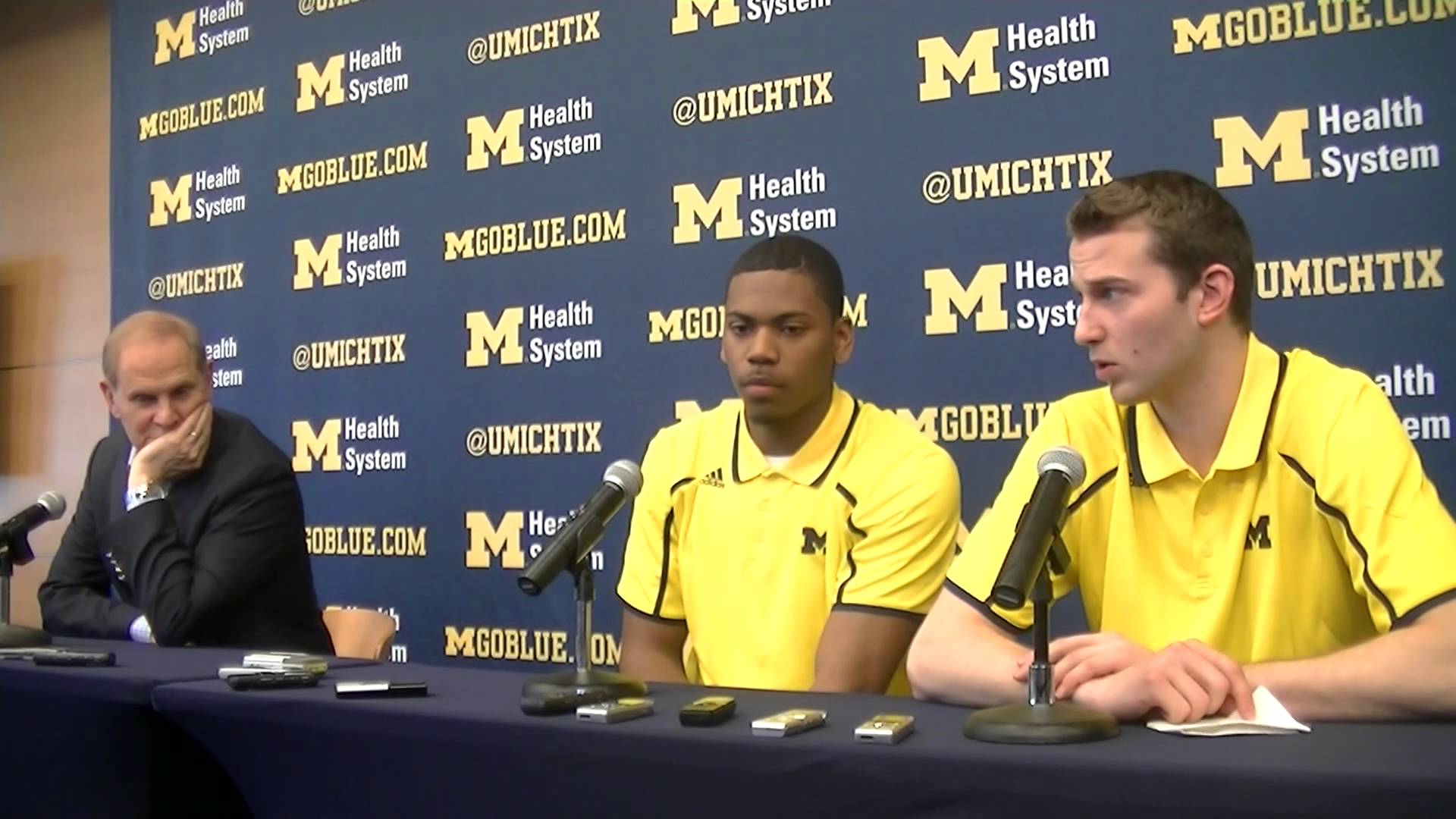 Michigan coach John Beilein joined Nik Stauskas and Glenn Robinson III in speaking to the media regarding Stauskas and Robinson deciding to leave school early and declare for the NBA draft. The press conference was aired on the Big Ten Network and streamed live, but in case you missed it you can watch the full recording using the embedded media player below.