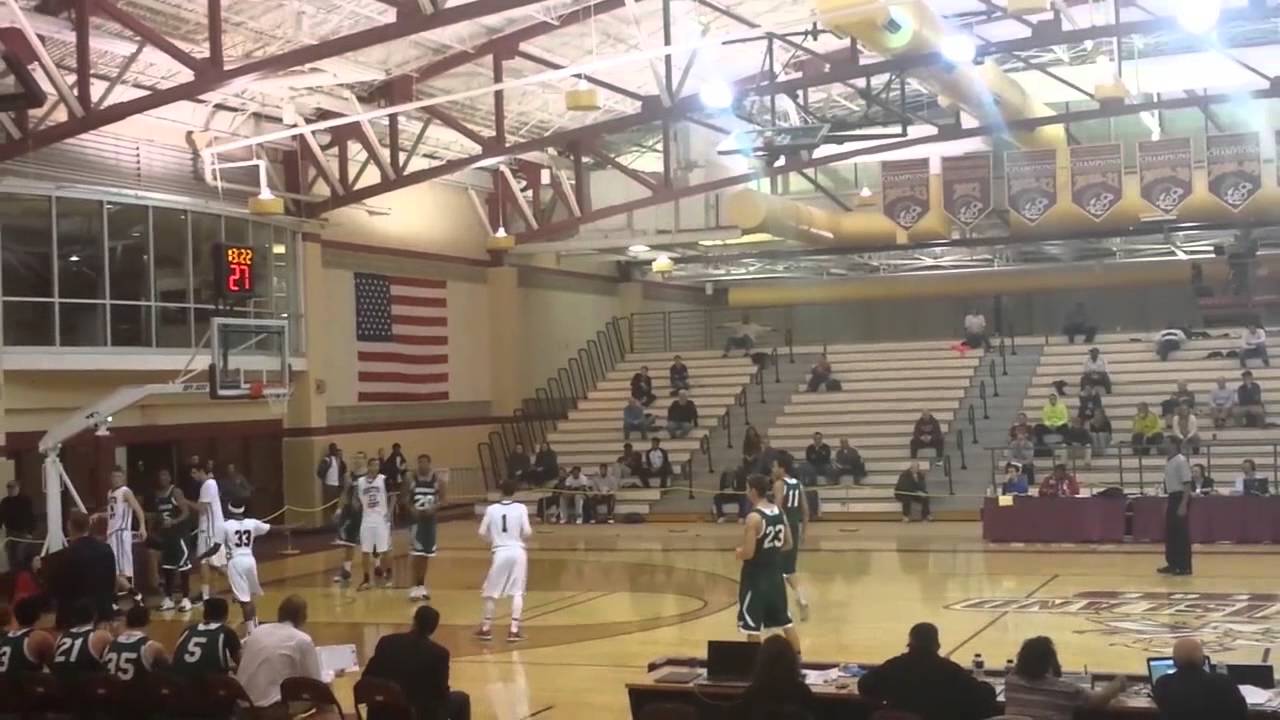 Aubrey Dawkins is on campus for an official visit this weekend, joining another 2014 target Muhammad Ali Abdur-Rahkman. Dawkins is an under the radar guard prepping at New Hampton School in New Hampshire. There are a couple of highlight videos of Dawkins available on the internet, but we compiled a scouting video comprised of footage from two games, against South Kent and Fishburne Military School.

Full scouting evaluation thoughts after the jump. We also published a scouting report (with video) of Muhammad Ali Abdur-Rahkman.

Dawkins has a smooth and reliable shooting stroke. He loves the corner three, but is effective on the catch-and-shoot from anywhere on the floor. He’s also an impressive athlete, finishing at the rim in transition or in the half court, even fighting through defenders. He showed good off ball movement and instincts, using his cutting ability to get open for jump shots off of screens or back cut to the rim effectively. Dawkins was also aggressive attacking the offensive glass and scored on a number of putbacks, tip slams and follow ups.

Dawkins isn’t a creator at this point in his development. He rarely attacked off the bounce and didn’t look comfortable enough with his dribble to take his opponent one-on-one. He scored on straight line drives against poor close outs, but was rarely called upon to trigger the New Hampton offense. Ball screens, isolations aren’t a part of his game at this juncture. He has also yet to develop much of a middle game, his offense is almost predominantly dunks or layups at the rim, or catch-and-shoot threes. His shot wasn’t reliable off the dribble, although he did attempt a pair of mid-range pull up jumpers.

Dawkins looks like a prototypical ‘three and D’ player. He’s a good athlete and finisher and he looks to have a smooth shooting stroke. His ability to attack off the dribble isn’t obvious at this stage, but that’s something that could come along down the road.

He looks like a better fit for the three position than the two position in Michigan’s offense, where he’ll be required to do less ball handling and more shooting. The Tim Hardaway Jr. comparison has been thrown around and that shoe fits to a degree (style of play). Hardaway was always a good athlete, but not much of a creator off the bounce — generally showing his athleticism in transition.