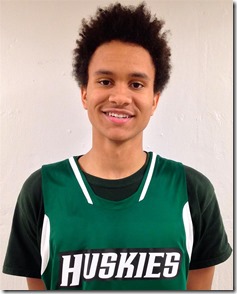 left the state of Michigan at the end of last summer, transferring from De La Salle to New Hampton School in New Hamshire and reclassifying to the 2015 class.

The move was essentially a gamble on himself — a bet that an extra year of practice and a change of scenery could propel his recruitment to new heights. Judging by Turner’s play this spring, the prep school gamble is paying off.

Turner had largely fallen off of the radar while tucked away at New Hampton School over the past nine months, but now he’s giving scouts a taste of how much he’s improved.

Turner was on fire at the Spiece Memorial Run-n-Slam in Fort Wayne, IN over the weekend. The 6-foot-6 guard is still skinny, but he’s playing more aggressively – both with the ball and on the glass – and most importantly he shot the lights out. We watched Turner score 30 points, including five made threes, in a close win over Chicago-based Mac Irvin Fire, but he maintained his torrid scoring pace through the weekend.

Turner credited his time at New Hampton to developing both as a basketball player and as a person.

“It’s a great place,” he said on Saturday afternoon. “I really felt like this year I developed a lot. Being away from home, on and off the court. Definitely on the court, you know the competition – playing Brewster, etc. – every team you have to play hard. The EYBL and prep school are very similar where every team has multiple Division I guys.”

The New Hampton teammate that took Turner under his wing was none other than recent Michigan commitment Aubrey Dawkins.

“[Aubrey Dawkins] really mentored me this season because he was an older guy,” Turner explained. “I tried to do what he did, watch his moves and things like that. He works hard and he’s a very very talented player. He deserves a lot of respect.”

Turner said that Dawkins was one of the most underrated players that he’s played with and questioned why other schools weren’t more involved.

“Aubrey Dawkins was really underrated and Michigan offered him late. Battling against him… I was surprised that he didn’t have more offers [like Michigan]. He’s a very good player.

“He’s very athletic. He’s very bouncy, he can shoot the ball. I think he’s a very all around player. He can attack, his jump shot is nice, he can rebound and he’s an all around shooting guard.”

While Turner’s kind words about Dawkins should encourage Michigan fans about his future, the Wolverines are also still involved in Turner’s recruitment.

“I’ve been talking to Coach Beilein and Coach Bacari [Alexander]. They saw me out in Sacramento at the EYBL Tournament and they are very pleased with my improvement since they last saw me. They said they will see me in July and to be ready for that live period.”

Turner said the Michigan coaches like how his game has developed.

“They didn’t really say they want to see anything. They said to keep doing what I’m doing and the improvements that I’ve made — playing harder, rebounding the ball, shooting, just being an all around kind of dog.”

Turner is well on his way to a big spring and summer on the AAU circuit and will have every chance to prove his development while playing with The Family on the EYBL circuit leading into the July evaluation period.