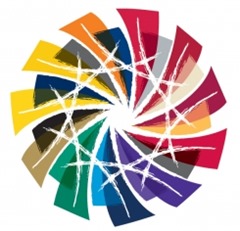 As was first reported by Justin Albers, and confirmed by Sports Illustrated, the Big Ten Tournament will be played in Washington D.C. in 2017. Earlier today the Big Ten announced a season opening event against Big East schools in a continued effort to expand to the East coast after adding Maryland and Rutgers to the conference. Here’s the Sports Illustrated report:

The Big Ten will hold its 2017 men’s basketball tournament at the Verizon Center in Washington D.C., the league will announce Tuesday, marking the first time the event, which began in 1998, will be played outside of Indianapolis or Chicago.

The announcement fits with the league’s larger initiative to plant roots on the East Coast, what with Rutgers’ and Maryland’s impending arrival on July 1.

“We don’t just want to visit here, we want to live here,” Big Ten commissioner Jim Delany said of the Northeast. “This was our first opportunity to do that. We think it’s a wonderful opportunity for not just Maryland, but for expatriate Big Ten fans living on the East Coast to see great basketball in March.”

The 2015 Big Ten tournament will be played at Chicago’s United Center and the 2016 event at Indianapolis’ Bankers Life Fieldhouse, at which point those venues will have hosted a combined 19 tourneys. No sites have been set beyond 2017. However, Delany indicated the event will start moving around more frequently much like the ACC’s, which is most commonly played in Greensboro, N.C., but will visit the Verizon Center in 2016 and Brooklyn’s Barclays Center in 2017 and ’18.

“My expectation is you’ll see it moving among and between venues in the Midwest and Northeast,” he said. “You’ve got to figure out a pattern. I expect that over the next 10 years you’re going to see us in both regions of the country.”

The Big Ten previously announced the opening of an office in New York City and a football partnership with the Pinstripe Bowl at Yankee Stadium. The Verizon Center news follows Monday’s announcement of the new Dave Gavitt Tipoff Games, a season-opening basketball challenge between the Big Ten and Big East beginning in 2015-16.