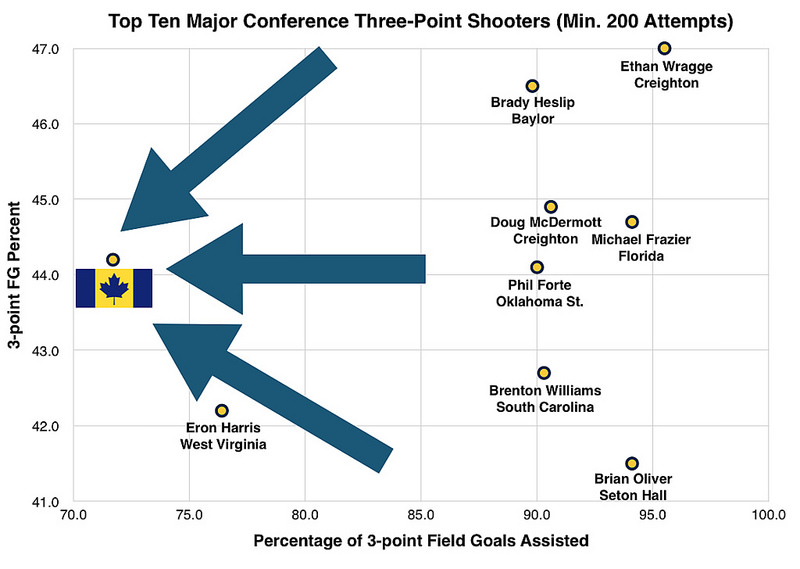 Harris a 6-foot-3 guard that averaged 17.2 points, 3.5 rebounds and 1.6 assists per game for the Mountaineers last season. He is expected to have to sit out for a season due to NCAA transfer rules before having two years of eligibility remaining.

Harris is widely regarded as one of the best transfers in the country this season and is expected to draw significant interest throughout the Midwest.

Michigan, Michigan State, Kentucky, Louisville, Ohio State, Illinois, Purdue, Indiana, Notre Dame, Butler, New Mexico and UCLA have all been in contact today, according to the IndyStar.
Harris is an Indianapolis native and is transferring to return closer to home, but finding the irght fit is also important.

“We respected coach (Bob) Huggins coaching style but it probably wasn’t the right fit,” Harris’s father Eric told the Star. “Looking for that right fit as far as a coach goes is the biggest thing.”

“We’re never done, we’ll look at this last one that we might have and be very judicious with it,” Beilein told MLive. “We’ll see where it goes, because it could be coming into ’15 right away, or ’16.”

The Wolverines have already signed Kameron Chatman, DJ Wilson, Ricky Doyle, Austin Hatch, Muhammad Ali Abdur-Rahkman and Aubrey Dawkins in the 2014 class, but currently have one additional scholarship to give in the class.

Harris is known for his shooting ability – he was 89-of-211 (42%) from three last season – but he’s also very good at creating offense. Harris grades out in the top 15 percent of Division I basketball players in terms of his off his efficiency to score off of the pick-and-roll and in isolation situations. He also grades out as an above-average off-the-dribble shooter.

Harris is a great shooter above the break, where he shoots over 40% from all three shooting zones. His finishing leaves room for improvement, but that’s likely a product of his tendency to create plays off the dribble, rather than finish other plays. MGoBlog’s Ace Anbender pointed out that Harris shoots a considerable number of unassisted threes, similar to former Wolverine Nik Stauskas.

Michigan junior guard Caris LeVert is projected as a first-round draft pick next year and the addition of Harris could give Michigan with an immediate replacement option should LeVert declare for the draft. Harris is a proven scorer at the high-major level and would have a year to learn the Wolverines’ offenes.