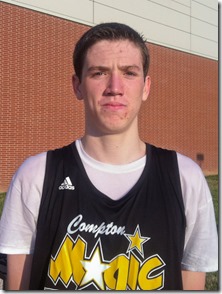 Michigan is set to host a handful of prospects on unofficial visits in the coming weeks. We’re tracking all upcoming and completed visits on our recruiting visitors page, but here’s the latest on four Michigan targets expected to visit in the coming weeks.

Seth Towns has visited Michigan upward of a half dozen times and there’s clearly a lot of mutual interest. He’s been on campus for a football game, a number of basketball games and now will come to receive the complete academic campus tour. He has done everything in his power to set himself up for a Michigan offer on June 15th, the first day the Wolverines extend scholarship offers to 2016 prospects, and appears to be in good shape.

Towns arrived on campus Thursday evening and is set to have his full unofficial visit today.

Brevin Pritzl exploded onto the scene at the Spiece Run-n-Slam last weekend, but his huge performance was in front of national scouts and not head coaches. Word travels fast and Pritzl is suddenly on the radar of a number of high-major schools. Prtizl’s stock has been blowing up ever since as he’s added offers from Xavier and Creighton along with interest from Stanford, Michigan, Wisconsin and Marquette.

He’s expected to make a visit to Ann Arbor on Sunday, according to his AAU coach and the Wolverines will look to dive into his recruitment. Pritzl is a top-200 level recruit, but he’s expected to rise quickly if he continues his strong play.

Pritzl is a player that Michigan hasn’t had a lot of opportunity to watch on the AAU circuit, but he should be under close evaluation during the July period. He reported that he doesn’t plan to make an early decision and wants to let the summer play out. His offer list should grow significantly once college coaches can focus on him in July.

Eric Davis has been on Michigan’s radar for a long time and he made it up to a handful of basketball games this season, and also a football game that he called “one of the most fun nights ever”. The consensus top-40 prospect is scheduled to visit Michigan on May 15th for an unofficial visit as the Wolverines remain in contact.

Florida, UCLA and UNLV are also trending upward in Davis’ recruitment and are vying for official visits. Davis is unlikely to take an official visit to Michigan because he’s tripped to Ann Arbor so many times already and distance is not prohibitive.

T.J. Leaf is a consensus top-25 prospect in the class of 2016 and is also being recruited steadily by Indiana, UCLA and Arizona. His last visit to Michigan was for ‘Under the Lights’ against Notre Dame. Sam Webb reported that Leaf would make a trip to Ann Arbor on May 19th — immediately following the Adidas Uprising event in Indianapolis over the weekend — but details are apparently still being finalized. Leaf told Inside The Hall on Thursday night that he wasn’t sure of any visit plans:

On which schools are recruiting him the hardest right now:

Indiana, UCLA, Michigan, San Diego State, Cal, Arizona, a lot of other schools. Arizona State, that would be the majority.

On if he has any new offers to report:

Oregon and Arizona State, I think those are the only two.

On if he has any other visits planned:

I’m not sure. Something might come up, but at this point I’m not even sure.

Leaf is a top prospect on Michigan’s recruiting board and should be in line for a Michigan offer on June 15th.

The five-star duo of Derryck Thornton Jr. and Tyus Battle are expected to headline Michigan’s College Practice Camp weekend in early June. Both prospects are expected to get into town before the camp and have full unofficial visits, then stick around to participate in camp.

Thornton is a top-25 player and one of the elite point guards in the country. He’s not playing on the Nike or Adidas circuit this year, playing for a smaller AAU program – Simply Fundamental – and opting to work on his game. Mutual interest is very high between Thornton and Michigan and he appears to be a slam dunk candidate to receive a Wolverine offer on June 15th.

Battle’s recruitment appears to be a bit more open, but his relationship with Thornton is strong enough to draw him to Michigan for a visit. Battle has major interest from Ohio State, UConn, Virginia, Villanova, Michigan, Syracuse and Indiana. He’s also expected to visit Duke. Battle, the No. 8 prospect in the country according to 247Sports Composite, is also a likely offer if he makes it to campus.

Michigan is expected to host many other targets for its camp on June 7th, but Thornton and Battle will undoubtedly highlight the weekend.