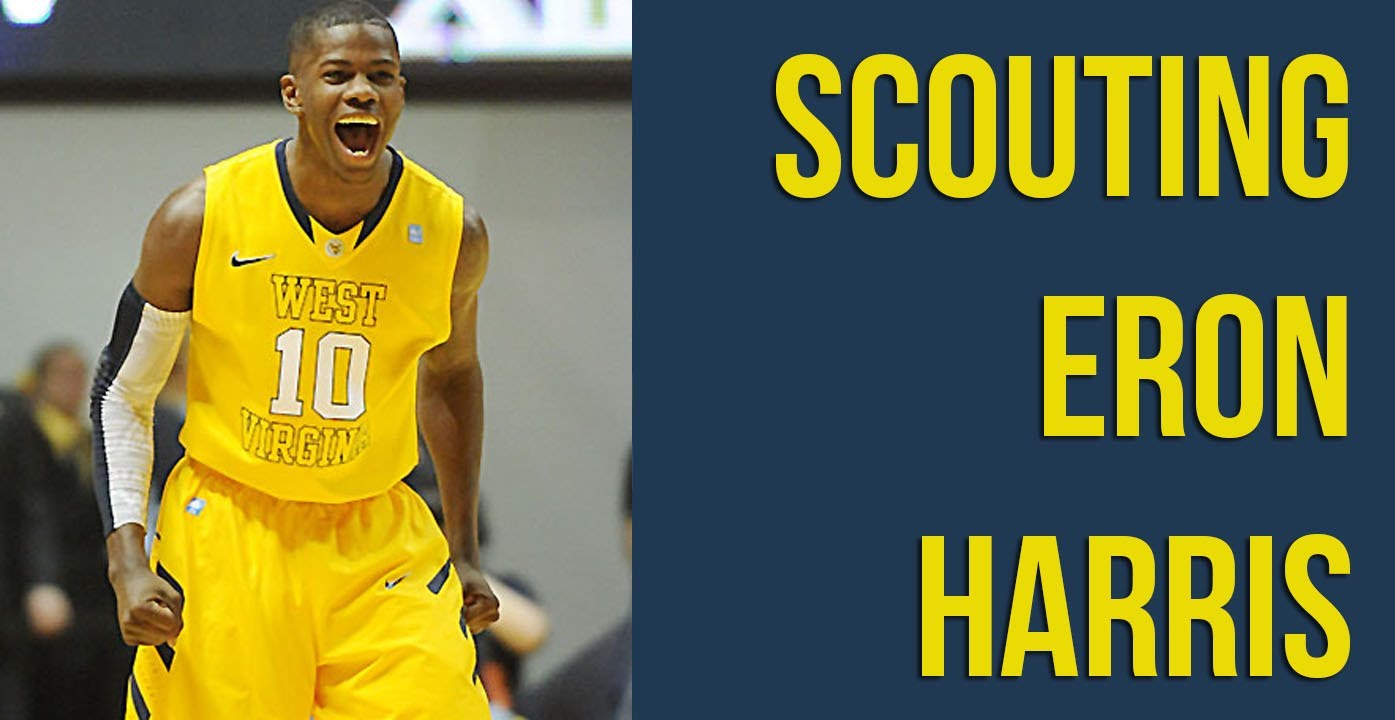 Eron Harris has visited Purdue and Michigan State in recent weeks and plans to visit Michigan this weekend before announcing his transfer destination. The 6-foot-3 West Virginia transfer is regarded as one of the best available transfers and will have two seasons to play after sitting out the 2014-15 campaign.

We put together a scouting highlight video of Harris focusing on some of his strengths, mostly his ability to shoot the ball off the catch and dribble and pick his spots and get in the lane. Watch the video below and read some scouting thoughts after the jump.

Harris is a proven shooter at the college level. He’s an elite-level three-point shooter and is capable shooting off the catch or off the dribble. He does a great job of playing off of screens and moving to get open off the ball. He has range well beyond the three-point line and he doesn’t need much space to get his shot off. His favorite shots are above the wings from the free throw line extended up.

Harris also grades out as an above-average scorer off of ball screens (preferring to shoot when defenders go under the screen) and off of isolation sets. He’s still a bit unproven in those situations (20.4% of possessions), but his numbers show a lot of promise. He does a great job of using his shooting threat to attack off of the dribble against poor close-outs.

His excellent free throw shooting (86% ranks 55th nationally among qualifiers) is also a very good sign, especially if he can become more aggressive and get to the line more often.

Harris is purely a scorer at this phase in his development. He has very low assist numbers (1.6 per game) and several of the assists that he did pick up were simple passes around the perimeter rather than drives and dishes. As a 6-foot-3 player, that’s an area of his game that he’ll have to improve if he wants to play at the next level. Harris isn’t the sort of free-flowing offensive creator that Michigan fans have watched in Nik Stauskas and Caris LeVert — he’s much more of a traditional two that can do just enough off the bounce to be dangerous.

There are also some concerns on the defensive side of the ball. Harris played in a poor defense – West Virginia’s defensive efficiency ranked 154th nationally – but he didn’t appear to help the defensive cause much. Harris graded out in the 30th percentile nationally defensively, per Synergy Sports.  He did a good job of defending ball screen guards, but struggled to stick with jump shooters and in one-on-one isolation situations. It’s tough to say what percentage of his poor defensive grades are due to his team’s struggles or individual issues — most West Virginia players graded out poorly — but wherever Harris ends up he’ll have a year to improve on the defensive end.