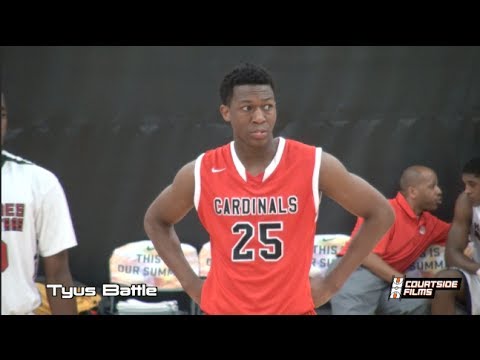 Battle, the 247Sports Composite No. 11 player in the country, is a five-star guard from New Jersey. The offer was first reported by Steve Lorenz of 247Sports.

The 6-foot-5 guard took a multi-day unofficial visit to Michigan last weekend for a campus tour and he also participated in Michigan’s College Practice Camp.

“Michigan was awesome, we had a great time,” Battle’s father, Gary, told ZagsBlog.com after the visit. “Tyus really enjoyed the visit. The coaching staff is very thorough. We really enjoyed their presentation and the campus and the way they would use Tyus. Obviously, academically Michigan is something we like a lot.”

Battle also visited Villanova on Tuesday and is set to visit Louisville and Kentucky on Monday and Tuesday of this week. UConn, Syracuse, Wake Forest, Maryland and Indiana are also involved in Battle’s recruitment.