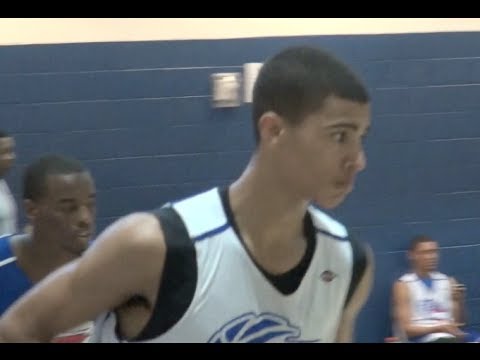 Towns tweeted news of the offer this afternoon. Towns is a 3-star prospect from Columbus and he attends Northland High School, the same school that produced former Wolverine Trey Burk.

Best known for his shooting ability, Towns is a versatile wing forward with a lot of skill to his game. He has visited Michigan on nearly 10 different occasions for football games, basketball games, camps and unofficials. He’s also hearing from Dayton, Xavier, Virginia Tech and others.

Towns had previously named Michigan his leader and has grown fond of the Wovlerine program.

“I really like their coaching style and playing style,” he said. “How it’s a really spread out offense and the players — it’s not like a Princeton offense where it’s ran through (set motion and cuts) — they have freedom and they like being able to get out on the floor and show what they can do. It’s kind of like an NBA style team. I really like that aspect.”