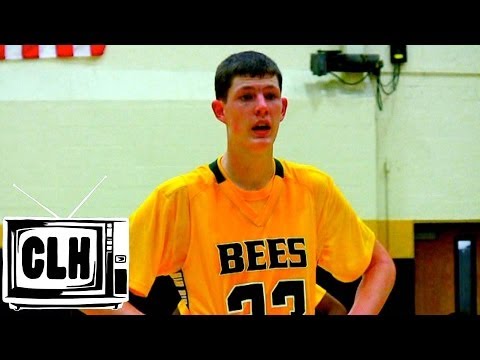 The Medina, OH native is regarded as a three-star prospect nationally, but reportedly holds offers from Dayton and Ohio State. Teske averaged 12 points, nine rebounds and five blocks per game as a sophomore.

Teske visited Ann Arbor for Michigan’s College Practice Camp and is one of the primary big men on Michigan’s recruiting board. He missed most of the spring with an injury, but he participated in Michigan’s camp and should be poised for a big July. Ohio-based scouting service TripleDoubleProspects projects Teske could break out this summer.

Teske is a high profile prospect out of Ohio’s 2016 class, however, due to some injuries his name hasn’t been mentioned on this site very much this spring. That should change in July, however, as a now healthy 6’10 Teske should be back to full force. A very skilled post player with length who could very well reach seven-foot, Teske had an excellent sophomore season at Medina, teaming up with ’15 guard Craig Randall to lead the Bees to some impressive wins. Even through the injuries, Teske has continued to add new schools to his recruiting list, as his AAU coach mentioned calls from Ohio State, Michigan, Purdue, Indiana, Notre Dame, West Virginia and Butler are coming in on the regular. With very few scouts outside of the state knowing who Teske is at this point, this July could be a breakout month for him with Team Work 16u, as he will try and dominate the Adidas Invitational and AAU Nationals.