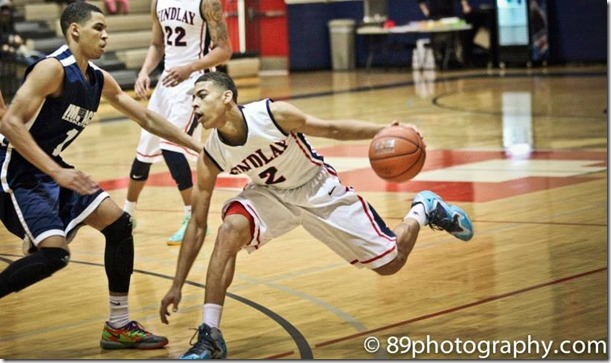 The final offer list featured Derryck Thornton, Tyus Battle, Cassius Winston, Quentin Goodin, Seth Towns, TJ Leaf and Jon Teske. Our 2016 recruiting board has been updated with all of the new offers as well.

The common question that I’ve seen is what the unusually high number of offers means. John Beilein and his staff have generally offered three or four prospects at most and have still only extended four scholarship offers to class of 2015 prospects — a year later.

Has Michigan adjusted its recruiting style after missing out on prospects that it had identified and prioritized in recent classes? To a degree I think that is undoubtedly true, but it isn’t the most important factor at play. The bigger storyline is that Michigan has already been able to host an array of very talented prospects and there’s serious mutual interest in all of the recruitments. Five of the seven offers that went out were to top-50 level talents and Michigan has been able to cast a wider net because there have been more bites.

The Wolverines didn’t strike gold with a commitment on Sunday, but they are in a strong position for a number of their top 2016 targets. Michigan is strongest in the Thornton and Towns recruitments, but is firmly in the mix for Battle, Winston, Goodin, Leaf and Teske.

2016 stars Jamal Murray and Josh Langford didn’t get Michigan offers on June 15th – but they did receive phone calls.

Murray has visited Michigan, but only for a basketball game, visiting for a full unofficial visit and academic tour might be the next step toward earning a scholarship offer.

Langford has yet to visit Ann Arbor, but could be in line for a scholarship offer if he gets on campus.

Michigan is in a strong position for Derryck Thornton and Tyus Battle after their camp visit, but the duo are still involved in the recruiting process.

Thornton added an offer from Oklahoma and received a phone call from UConn head coach Kevin Ollie along with John Calipari. Calipari told Thornton that he had an offer waiting for him in Lexington.

“[Calipari] said, ‘I love him,’” said Tank, who previously coached former Kentucky forward Enes Kanter briefly at Stoneridge Prep. “‘I want to offer him face-to-face. I want him to know how hard it is here.’ Cal will tell you if you want to be a pro, you got to take a look at Kentucky.

“He’s been recruiting him since eighth grade. I love Cal and we’ve always had a good relationship.”

Tank said Derryck plans to visit Kentucky within the “next week or two.”

Cassius Winston was one of the top performers at Michigan’s College Practice Camp last weekend and he kept up his strong June with a big showing at Nike’s Elite 100 Camp for underclassmen. Hoops Intel was impressed with Winston’s performance:

Winston is as hard-nosed as they come with the basketball in his hands and he exudes some Detroit toughness in the backcourt. He competes and doesn’t take any plays off and is getting better at making the appropriate decision off the dribble-drive. Now, he does tend to play at full speed a little too often and rely on right hand drives in the half court, yet once he slows down, Winston makes the appropriate read near the bucket and is known for making solid dump off and dishes to open big men near the rim. An already well-acclaimed point guard throughout the Midwest in 2016, expect for Winston’s name to continue to remain in the know for the next two years.