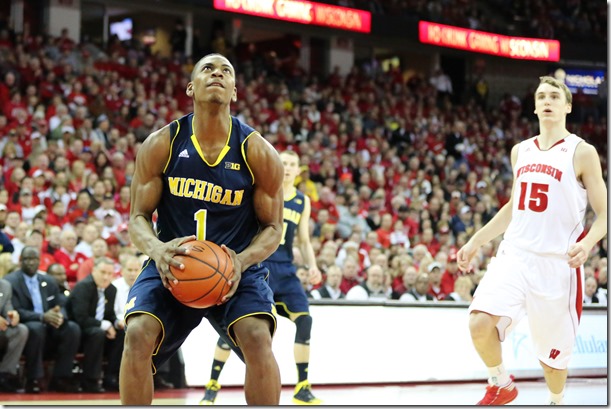 The Minnesota Timberwolves selected Glenn Robinson III with the 40th pick in the 2014 NBA Draft.

Robinson averaged 13.1 points and 4.4 rebounds per game as a sophomore at Michigan, starting every game he played during two years in Ann Arbor. .

Robinson is the third Wolverine selected in this year’s draft after the Sacramento Kings selected Nik Stauskas with the eighth pick and the Oklahoma City Thunder grabbed Mitch McGary at No. 21.