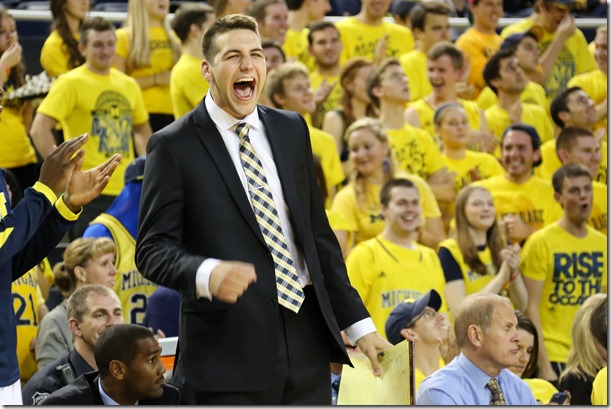 The Oklahoma City Thunder selected Mitch McGary with the No. 21 pick in the 2014 NBA Draft.

John Beilein first hinted at the news, tweeting “another Wolverine about to go up on the board” moments before McGary was selected.

McGary’s career at Michigan saw jubilant highs and frustrating lows, but in the end he reached his dream and is off to the NBA as a first-round pick. McGary starred in Michigan’s 2013 run to the Final Four, but missed most of the 2013-14 season with a lower-back injury. On April 25th, 2014 he declared for the NBA Draft after it was revealed that he failed a drug test during the 2014 NCAA tournament and was facing a season-long suspension.

McGary averaged 10 points and eight rebounds during eight games in 2014, but averaged a double-double with 14.3 points and 10.8 rebounds per game in the 2013 NCAA tournament.