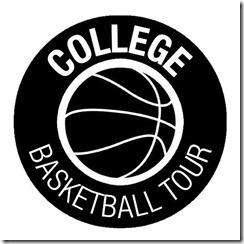 Michigan will face the Perugia All Stars, Birracrua All Stars, Opitergium All-Stars and the Mantova Stings during its trip to Italy this August. The games are scheduled for the 17th, 19th, 20th and 22nd of August and were announced by a press release from CollegeBasketballTour.

The Wolverines are expected to play four games over the course of eight days in Italy. More information about the tour can be found at CollegeBasketTour.com.

“We’re a little bit schedule-constricted, because we have to wait until classes end, and then Labor Day we have to be back ready to go (for the start of school), so it’s only an eight-day trip,” John Beilein said earlier this summer. “Same thing we did last (time)—four games, eight days, sightseeing, practice.”

Michigan’s first two games will be against local assembled teams with an assortment of players from various levels of Italian basketball – the rosters for these teams are still being finalized. The game against Mantova on August 22nd is expected to be the most difficult of the bunch. The Stings finished second in the Italian third last season and will be promoted to the second level of Italian basketball next season. Former Villanova guard Mike Nardi was among the standouts for Mantova last season.