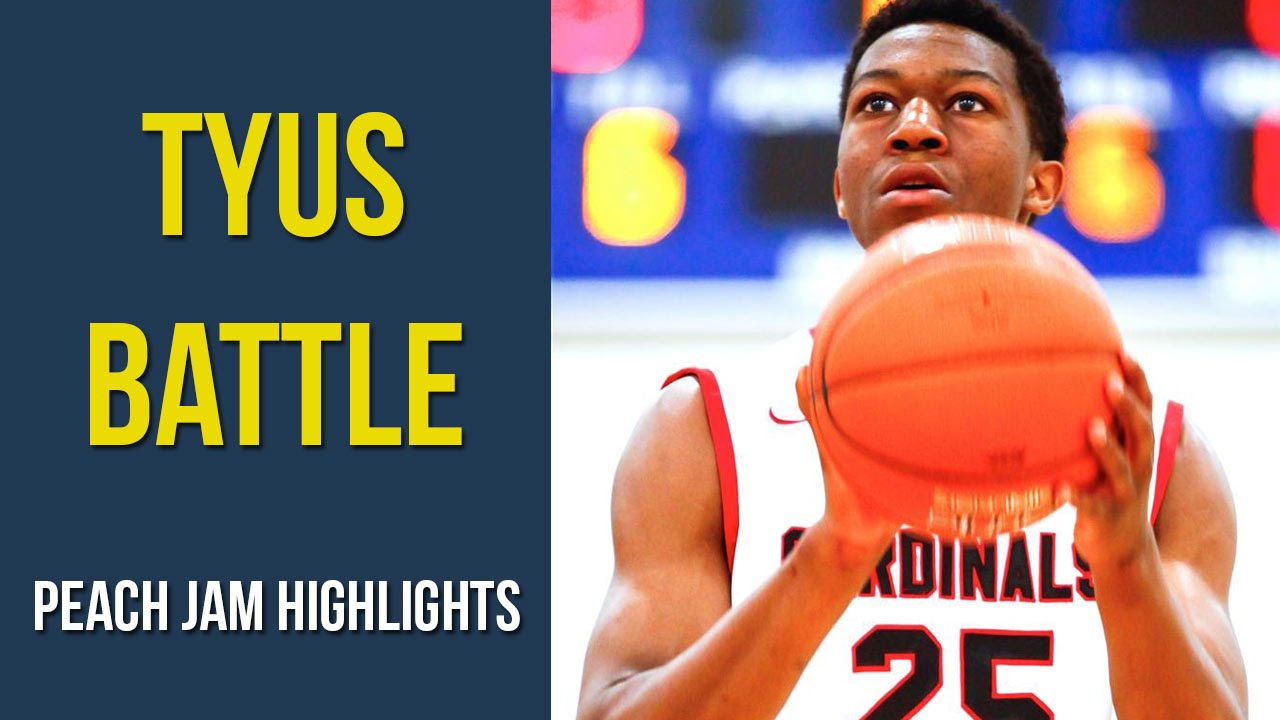 Tyus Battle had struggled on the Nike EYBL circuit this spring, but he bounced back in a big way at the Nike Peach Jam over the weekend. Battle scored at least 16 points in three of his first four games and had his three-point stroke clicking, going 9-of-22 from long distance. Michigan head coach John Beilein and several assistants were on hand in Augusta keeping tabs of the five-star guard who added an offer from Duke this week. Watch highlights of Battle in the embedded media player below.