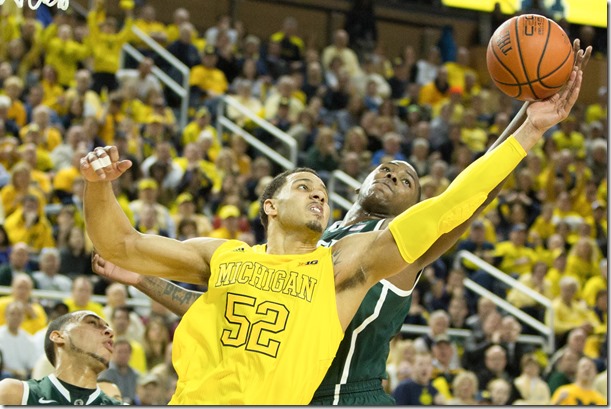 Jordan Morgan will continue his professional career in Italy. The former Michigan big man signed a contract with Virtus Roma of the Italian Serie A today.

“I’m lucky to start my career as a professional team with a historic and prestigious as Virtus, in a lovely city like Rome,” Morgan told Virtus Roma’s website (translated from Italian). “I’m excited for the team we’re putting together, I can not wait to meet my new teammates and to take the court.”

Morgan is the fourth member of Michigan’s 2013-14 team to continue his professional career as Nik Stauskas was drafted by the Sacramento Kings, Mitch McGary by the Oklahoma City Thunder and Glenn Robinson III by the Minnesota Timberwolves.