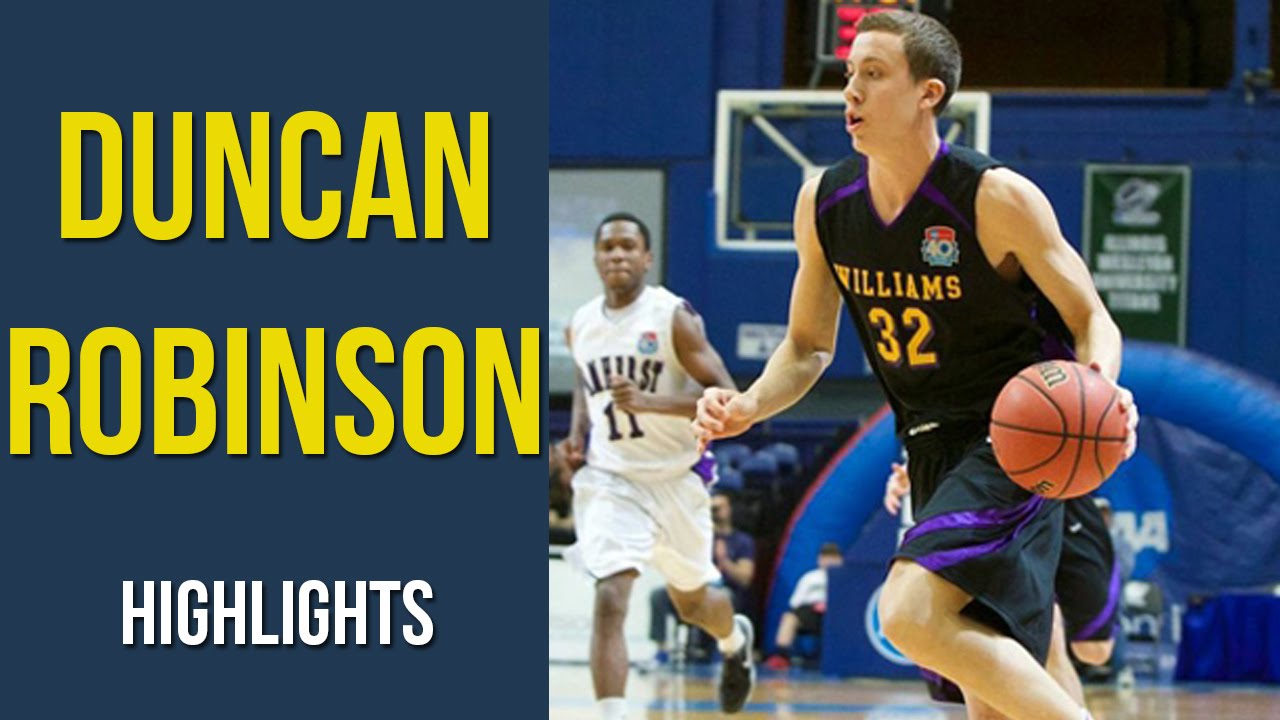 Duncan Robinson punctuated his three day official visit in Ann Arbor with a commitment to Michigan. Making the jump from Division III to Division I looks like the chance of a lifetime, but Robinson also understood the risks.

“To be honest it was an opportunity that I felt like I couldn’t pass up,” Robinson said by phone on Wednesday evening. “Specifically, leaving Williams was the toughest decision of my life. I have close friends there, it’s close to home and I was passing up on kind of being the guy for the next three years.

“Coming to Michigan, I completely understand that there’s a lot of uncertainty in this decision, but I knew I’d regret it if I didn’t do it and you can’t make decisions based off of fear. I wanted to go after it and if this isn’t motivation to work then I don’t know what is.”

Robinson was impressed by what Michigan had to offer from academics to athletics, but his relationship with Michigan’s current players and coaches was what convinced him that Ann Arbor was the place for him.

“I got to campus on Monday, we got a chance to look at the school and I loved everything, both sides, basketball and academically,” he said. “More importantly the players were really welcoming to me. I know it can be a little different to have a guy potentially coming in this late, but they were very accepting of me and excited that I decided to come there.”

Robinson had the chance to watch Michigan practice, hang out with his hosts – Caris LeVert and Spike Albrecht – but he gelled with the entire team.

“If there’s one thing I really value about Coach Beilein and the Michigan program it’s that he cares a lot about character,” Robinson said. “He recruits character as well as talent and that was really important to me and I could see that when I got on campus.”

Robinson, who has been in constant contact with John Beilein over the last month, finally had the opportunity to connect with the Michigan coaching staff in person.

“Just being around (the coaching staff) really helped us get more comfortable with each other which I think is really important,” he said. “They said basically if I can make the strides that I know I can make, then I can definitely be a contributor next year when I’m eligible.”

The 6-foot-7 shooting wing admitted that he never saw himself ending up at the Division I level, but also downplayed the notion that he was under-recruited out of high school when he committed to Williams College before his final year of prep school year without a Division I offer.

“I try not to look into the under-recruited thing and all that,” Robinson said. “I just try to focus on myself and getting better. One thing I will say that says a lot about Coach Beilein, is that he doesn’t get caught up in level. Being around Division III basketball, especially in the Northeast, there are a lot of good players. From what I can tell you, I wasn’t even the best player on the floor every game last year and there are a lot of great players.

Robinson’s next step is trying to become an impact player at the highest level of college basketball.

He was a 5-foot-7 point guard as a freshman at Governors’ Academy and he hasn’t stopped growing since. Now he’s pushing for 6-foot-8 and adding muscle is critical. He was listed at 185 pounds on Williams’ roster last season, but reported that he’s to up to 195 pounds. Making the strides in the weight room – adding strength and quickness – and on the floor will be the goal for the next calendar year.

“I’m going to do whatever it takes to improve physically across the board,” he said. “Strength and quickness, both of them. As far as where they see me, I think they see me as a bigger guard. A guy who can – obviously I have a long way to go skill wise as well to play that position – work some ball screens and make the right read with the ball in his hands as well as stretch the floor. (They want to ) use me in a variety of ways and I think my versatility, especially if I get stronger and quicker can really be effective. “

Robinson won’t be on campus when Michigan leaves for Italy next week, instead he’ll arrive in Ann Arbor for transfer orientation at the end of August. He’ll practice with the team during his redshirt year, but he’ll also spend significant time studying. Transferring from the nation’s top liberal arts college, Robinson has lofty academic expectations and plans to apply to Michigan’s Ross School of Business at the end of his redshirt season.

But at the end of the day, Robinson has just one goal for his next four years in Ann Arbor.

“I’m hoping I can make enough of an impact to win a championship,” he said. “Whatever they need me to do I just want to win. I’m open to any role as long as we’re winning. Whatever it takes.”