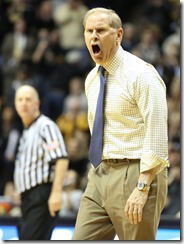 In Big Ten play, the Wolverines will play two games against Illinois, Michigan State, Northwestern, Ohio State and Rutgers, but will have single plays against the other teams in the conference. Here’s the complete Super Tuesday schedule from ESPN.