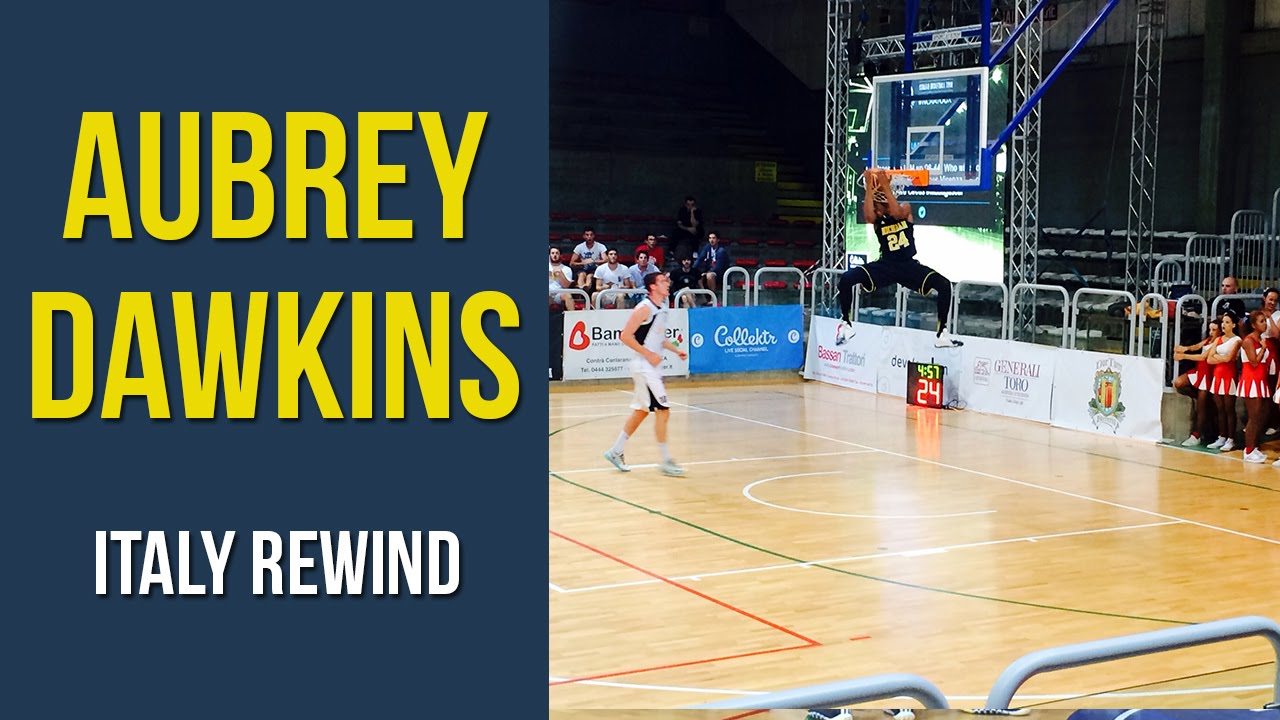 The phrase ‘three-and-D’ is commonly used to describe the perfect role player in the NBA. A ‘three-and-d’ player is athletic enough to guard multiple positions and can knock down three-point shots reliably. They don’t need the ball on offense and don’t complain if they aren’t involved, but are ready to make plays when required.

Aubrey Dawkins was recruited to Michigan to fill that niche. He’s not going to be the focal point of Michigan’s offense any time soon, but he looks like a player more than capable of filling the cracks in the wing rotation off the bench.

“I like what we’ve seen from Aubrey Dawkins,” Beilein said. “He shoots the ball well and he’s athletic. There are some things like Hardaway and like Glenn in his game, but there’s a lot of refinement to do.”

Comparing a true freshman to to a pair of players that started every game they played at Michigan before moving onto the NBA is high praise. Dawkins isn’t going to start this season, but there’s no reason why he can’t play an important role.

During Michigan’s four games in Italy, Dawkins was one of the first players off the bench and usually replaced either Zak Irvin or Kameron Chatman – Michigan’s starters at the three and four positions respectively. When Dawkins was on the floor, he generally played the three (left-sided wing) as Irvin or Chatman played the four (right-sided wing). Because Irvin backed up for the four position last season, he provides the flexibility for Dawkins to replace either wing starter.

Dawkins started the trip to Italy slowly, but found his stride as the week wore on. He got hot from three-point range and reached double figures in his final two games of the tour.

“I think I have been getting a little more comfortable every game, and a little more of my natural game came out today,” Dawkins explained after the final win. “I played within the offense, so things came to me and I capitalized.”

Dawkins was most involved against Petrarca, scoring 14 points on 9 field goals, and he was perfect from three-point range against Petrarca and Mantova. Dawkins picked his spots offensively — Spike Albrecht was the only rotation player to attempt fewer field goals — but he was lethally effective when he did. Dawkins shot 64% on twos and 63% on threes and finished as Michigan’s number six scorer overseas.

The 6-foot-6 wing provides just enough cover for Michigan at the three and four positions with his athleticism and shooting ability. The flexibility of Michigan’s starting wing players means that either can complement his skills perfectly.

The Wolverines lost a lot of valuable wing production and athleticism with Glenn Robinson III’s departure and Dawkins is poised to help fill that void, albeit from the other side of the floor.