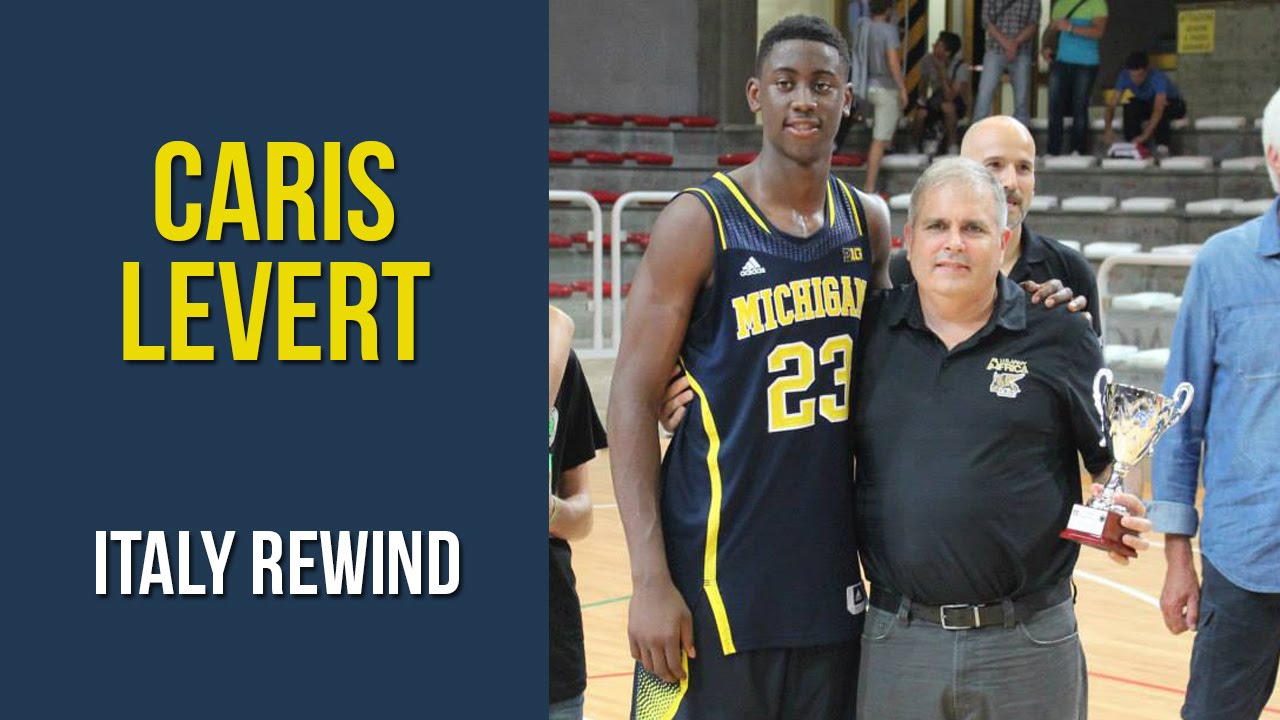 Caris LeVert was off of his feet for 16 weeks this summer after undergoing stress fracture surgery on his foot. With only a couple weeks of practice under his belt before Michigan’s trip to Italy, it would have been understandable if he  struggled to regain his form in August.

“He just needs repetition right now,” John Beilein said before the trip to Italy. “He was not able to do a lot of work during that time, so he needs to just get his legs back to an endurance area where he can go longer. We’re going to need a lot of minutes from him.”

LeVert got his repititions in Italy and picked up where he left off last season. He averaged 14.3 points, six rebounds and a team-best 4.3 assists per game during the overseas trip while shooting a steady 56% on twos and 40% on threes. He showed his entire arsenal on film during four games overseas, from his hesitation crossover to his smooth jumpshot and his transition passing ability.

LeVert showed his improvement primarily in two areas. First, he looked comfortable as Michigan’s primary playmaker. He did a great job of creating offense for himself last season, but he was never quite the distributor that Nik Stauskas was off of ball screens. LeVert has always been a terrific passer in transition, but he showed signs that he’s starting to feel more comfortable distributing in the half court as well. The fact that he led Michigan in assists, not shot attempts, is notable for his role this year.

Now 6-foot-7, 200 pounds, LeVert also proved that he can be formidable on the defense glass. Michigan has stressed wing rebounding for years under John Beilein for a number of reasons, but most importantly because defensive rebounds can lead to easy offense in transition.

“I think he’s wiry-strong,” Beilein said when describing LeVert’s physical improvement. “He may be one of our best rebounders right now from the standpoint of he’ll just in go and get it. He’s usually been back on defense and that’s been a thought, maybe he should be crashing the boards as an off guard and somebody else should be back.”

LeVert isn’t crashing the offensive glass quite yet – he didn’t record an offensive rebound in Italy – but he grabbed a team-high 24 defensive rebounds over four games, many of which led to easy offense on the break.

LeVert ended any questions about his health, progression or improvement this offseason before they could even be asked. He looks every bit of the player he was last season and is on the verge of taking the next step. After Michigan wrapped up its fourth victory, LeVert was pleased with how the team had started to gel ahead of the season.

“It was a great experience coming out here,” he said. “Especially for the freshmen to get comfortable with our offense and our defense and go out there in a game setting and do what we’ve been practicing.”