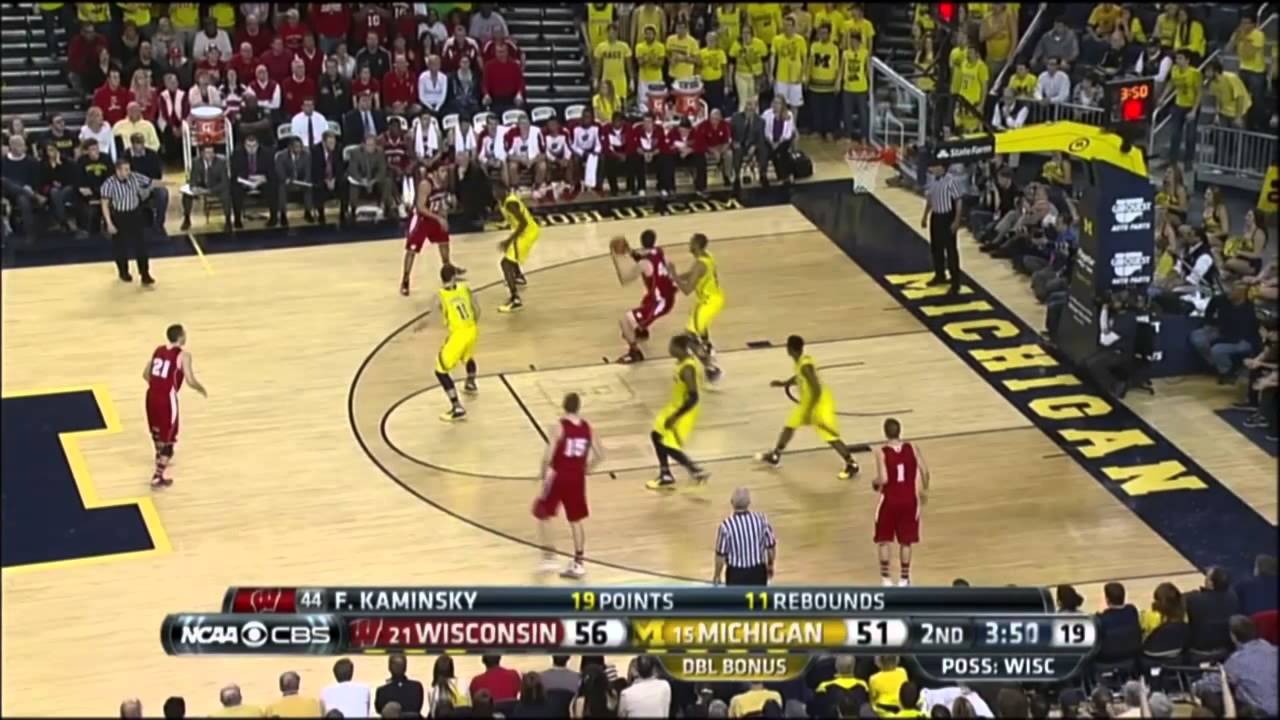 Welcome to Big Ten’s Best, a look at some of the Big Ten’s specialists returning for the 2014-15 season. Today we break down the best post-up players in the conference. (Previously: Best pick-and-roll players)  These lists are based on last year’s numbers, but involve some prognostication as well.

He also sets a new standard for efficiency with his back to the basket. (A fact that Michigan fans don’t need to be reminded of.) Kaminsky was more efficient than some of the league’s best last season – including Adreian Payne (1.055 points per post-up) – and he’s pushing for 1.2 points per post-up while other league players struggle to top 1.00. Kaminsky was ranked No. 1 on our Big Ten Top 25 Players list and his ability to score on the low block is a major reason why.

Northwestern didn’t do much of anything effectively on offense last season – scoring just .88 points per possession – which makes Olah’s post production even more impressive. For most teams, post-up production is less efficient than their base offense, but that’s not the case in Evanston. Olah was the only Wildcat to post an offensive rating over 100 last season and almost half of his possessions came on the low block. The Wildcats should be much improved on the offensive side of the ball in Chris Collins’ second year, but expect Olah to be a featured element of the attack once again.

Hammons led the Big Ten with 200 post-up possessions last season – 51 more than Alex Olah, the conference’s No. 2 post-up option by volume – which helps explain why he has the worst efficiency numbers on the list. The million dollar question is when Hammons will finally put everything together. At 7-foot, 251 pounds he has all of the physical tools to be a dominant scorer in the post, but he’s still painfully inconsistent.

Last year’s Big Ten Sixth Man of the Year can knock down 12-foot jumpers and face up opposing big men, but he also has a complete offensive repertoire in the post. Roughly a third of Hayes’ offensive possessions last season were post-ups and he had modest efficiency. Given Bo Ryan’s track record with young big men, the fact that Hayes was given so much offensive freedom last season – he used more possessions than any other Badger when he was on the floor – is perhaps his greatest endorsement after  a successful freshman campaign. Expect Hayes role to grow in the offense as he combines with Kaminsky to form one of the conference’s best frontcourts.

Iowa had a stable of post players last season which is a reason we’re willing to give Woodbury the benefit of the doubt despite limited usage. Woodbury is effective and should have increased opportunities now that Melsahn Basabe has graduated. Woodbury will be paired with Gabriel Olaseni, but Woodbury is the more productive and diverse offensive option. Woodbury was a top-50 recruit coming out of high school and his junior year could be poised for a breakout season in 2014-15.