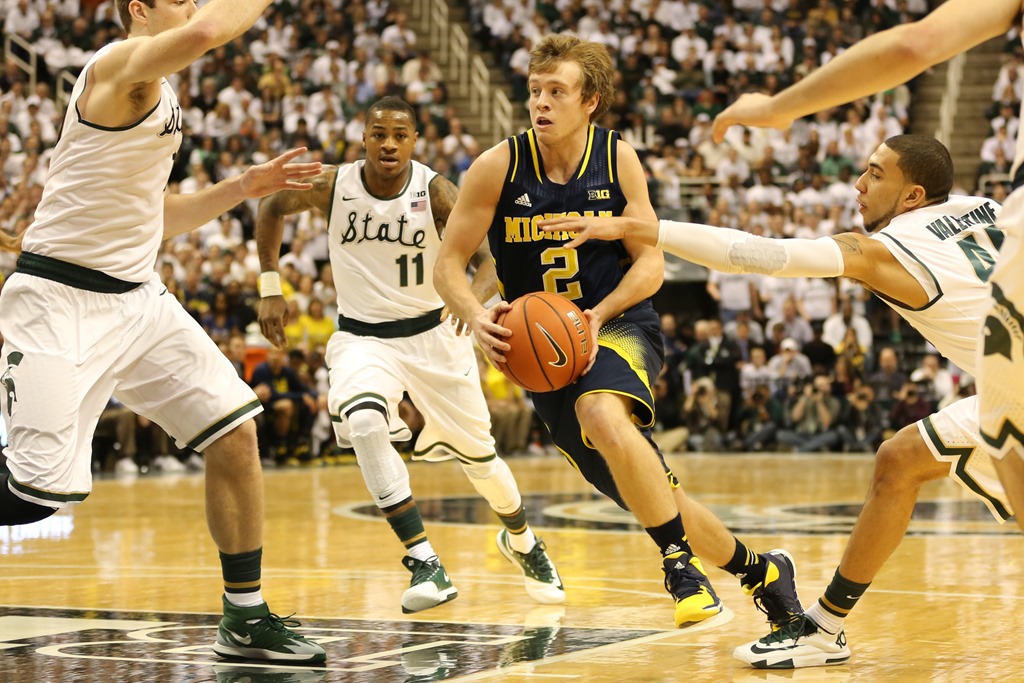 The Big Ten announced time and television information for the remainder of the conference games that will be broadcast by CBS or ESPN’s family of networks.

Two of Michigan’s 18 conference games will be broadcast by CBS with nine additional games picked up by an ESPN station. CBS will broadcast Michigan’s road games at Michigan State (Feb. 1) and Indiana (Feb. 8) while the February 22nd home game against Ohio State is a potential wild card game.

Time and television information has now been announced for Michigan’s entire schedule for the 2014-15 season and can be found here. In total, Michigan will play 14 games on the ESPN family of networks (with two additional games streamed online by ESPN3) and two games on CBS.