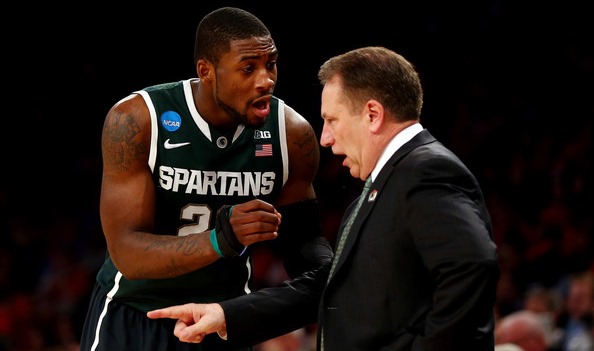 Welcome to Big Ten’s Best, a look at some of the Big Ten’s specialists returning for the 2014-15 season. Today we break down the best post-up players in the conference. (Previously: Best Pick-and-Roll Players, Best Post-Up Scorers)  These lists are based on last year’s numbers, but involve some prognostication as well.

Michigan fans are familiar with how important having a great finisher can be. The Wolverines lost two of the best cut and finish players in the Big Ten last season in Glenn Robinson III and Jordan Morgan, but the conference returns plenty of players that finish consistently above the rim and have a knack for finding open space and easy baskets.

Cuts to the basket and drop-off passes made up just shy of a quarter of Branden Dawson’s offense in 2013-14 and his combination of strength and athleticism makes him a lethally efficient finisher.  Entering his senior year, Dawson faces many of the questions that Michigan combo forward Glenn Robinson III faced last season. Dawson is 0-of-9 from three-point range in his career and hasn’t shown consistent ability to create offense outside of cuts to the rim and transition dunks. While he won’t be Michigan State’s primary creator (that role is saved for Denzel Valentine), Dawson will have to show a more well-rounded offensive game in 2014-15.

Branden Dawson was the only Big Ten player to score more points cutting to the basket last season than White. White is one of the more underrated players in the conference and his ability to move without the ball is as good as it gets in the conference. White shot 73% when cutting to the basket and he’s also a great finisher in transition (72%) as well. Entering his senior season, White will have to adapt as point guard Mike Gessel runs more of the offense after Roy Devyn Marble’s graduation.

Williams was the most efficient finisher in the conference among players with at least 40 possessions cutting to the basket, but he wasn’t nearly as involved in Indiana’s offense as Dawson or White were for their respective schools. We’re not ready to say that Williams is set for a breakout sophomore season, but he should have more opportunities to slash to the basket this year. He’ll not only be more experienced, but Indiana will also have better guards to surround Yogi Ferrell in James Blackmon Jr. and Rob Johnson.

The biggest player on this list, Walker might not be an elite athlete, but he can finish at the rim. Walker shed somewhere between 40 and 60 pounds last offseason and was listed at 250 pounds on Minnesota’s roster. The added mobility allowed him to put together a solid season, averaging 8 points and five rebounds per game.

We named Kaminsky the No. 1 player in the Big Ten this season and the fact that he keeps popping up on our Big Ten’s Best Lists is no surprise. Kaminsky isn’t just a great post player, he’s also a very capable finisher when cutting to the basket. A lower percentage of his possessions are cuts to the rim only because he’s more versatile than some other players on this list. His offensive usage rate is also than most of the other players on this list as he is ranked No. 3 in the conference in points scored cutting to the rim.