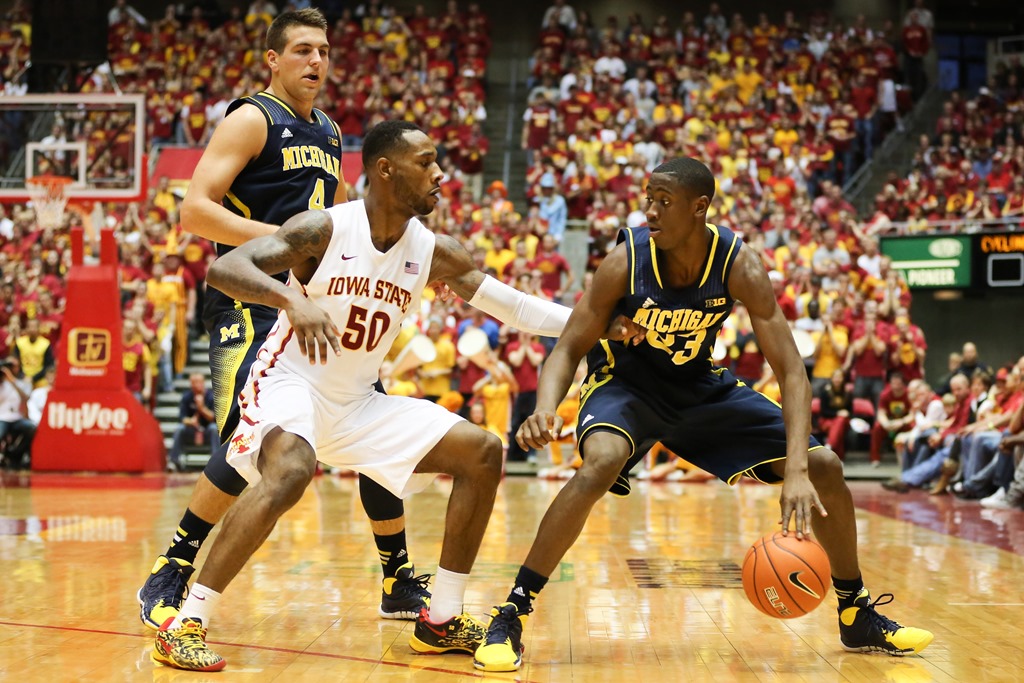 Blue Ribbon College Basketball Yearbook has Michigan ranked 23rd overall and fourth in the Big Ten in its inaugural preseason publications, according to a report from MLive’s Brendan Quinn.

Michigan is picked to finish behind Wisconsin, Ohio State and Michigan State in the conference. Junior guard Caris LeVert was selected as an Preseason All-Big Ten player and a second team All-American.

Michigan is faced with mixed preseason expectations this year after entering the last two seasons with a top-ten ranking. This year the Wolverines are widely regarded as a fringe top-25 team and expected to finish somewhere in the upper-half of the Big Ten. The Sporting News and Athlon Sports both picked Michigan fifth in the conference while Lindy’s Sports picked Michigan to finish sixth.

More notes and predicted order of finish after the jump.

Michigan will face several Blue Ribbon Top 25 teams in its non-conference schedule including No. 2 Arizona, No. 21 Syracuse, No. 19 SMU and No. 13 Villanova or No. 14 VCU.

Frank Kaminsky is tabbed as the Big Ten Player of the Year , and a first team All-American, while Terran Petteway, Sam Dekker and Yogi Ferrell were also named to the magazine’s All-Big Ten Team.