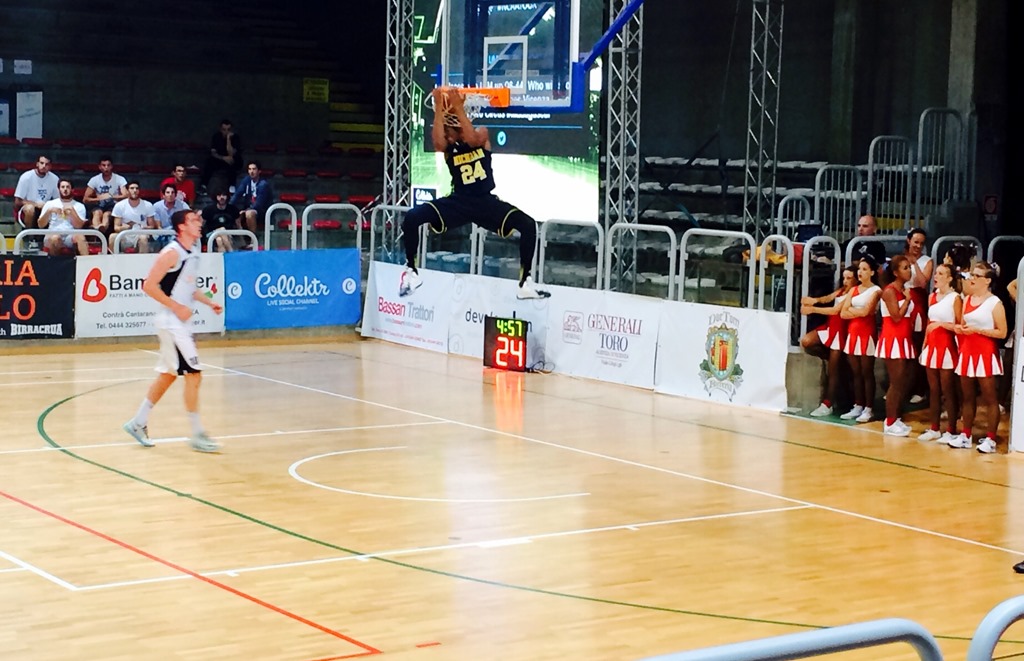 Darius Morris wasn’t stepping back onto the court for Michigan in 2011-12. Trey Burke wasn’t coming back in 2013-14, and neither was Tim Hardaway Jr. Both times, the Wolverines plugged in new pieces and succeeded immediately.

The list of departures this offseason is significantly more impactful than for any other John Beilein-coached Michigan team, but the Wolverines are hoping to repeat the same script. Meeting with the media for the first time of the season, Beilein hinted at which players might be the latest newcomers to impress this winter.

Given that he started on the team’s four-game trip to Italy over the summer, Kameron Chatman is expected to contribute, but Beilein also praised guard Muhammad Ali Abdur-Rahkman and forward Aubrey Dawkins as potential impact players from off the bench.

“I can’t say enough about the way Muhammad and Aubrey played over the summer,” Beilein said. “A little beyond their years.”

Abdur-Rahkman averaged 10 points per contest in Italy, attacking the paint and getting to the basket at a faster rate than anyone else on the team. He compiled a 109% free throw rate (FTA/FGA) and displayed a knack for finishing at the rim.

Meanwhile, Dawkins substituted in at the three position, reaching double-digits in scoring for the last two games and averaging 9.3 points on the trip. His performances resulted in comparisons to Hardaway and Glenn Robinson III by Beilein and compliments from teammates.

“Muhammad plays north-south,” Derrick Walton said. “He doesn’t waste a lot of movement and gets to the basket and from Point A to Point B quickly. Aubrey is a really good athlete who can really shoot. He can help us a lot on the defensive glass this year.”

Of course, the biggest contribution from a freshman will likely be Chatman, who started at the four in Italy and looked very comfortable in doing so. But given Michigan’s need to fill the gaping holes left by Robinson and Nik Stauskas, one or both of Abdur-Rahkman and Dawkins could be thrust into action.

Besides Caris LeVert, the Wolverines don’t have many established scoring options, and Beilein bemoaned the lack of close games in Italy that might have helped develop clutch shooters. But the coach noted that his team will be flexible in what lineups see the court this winter, explaining that the Wolverines will be quite fluid in their rotation.

“We have guards, we have forwards, and we have a guy that plays in the middle,” Beilein said. “Sometimes we will have four guys out there at one time that are guards. … This may be one of our more versatile teams, and hopefully we have enough injury-free depth that Max [Bielfeldt] gets back and everybody else is healthy at the center position to really be able to do some things.”

Currently, Beilein said, Abdur-Rahkman is practicing at both shooting guard and point guard, so he should earn time as LeVert’s backup and could even take some minutes from Derrick Walton and Spike Albrecht.

Meanwhile, Dawkins has seen time at either forward positions. Chatman and Zak Irvin are the expected starters at the four and three, respectively, but Dawkins projects as the first option off the bench.

“They were very poised going into their first college type of game. Very poised. I think you’ll like their progression.”