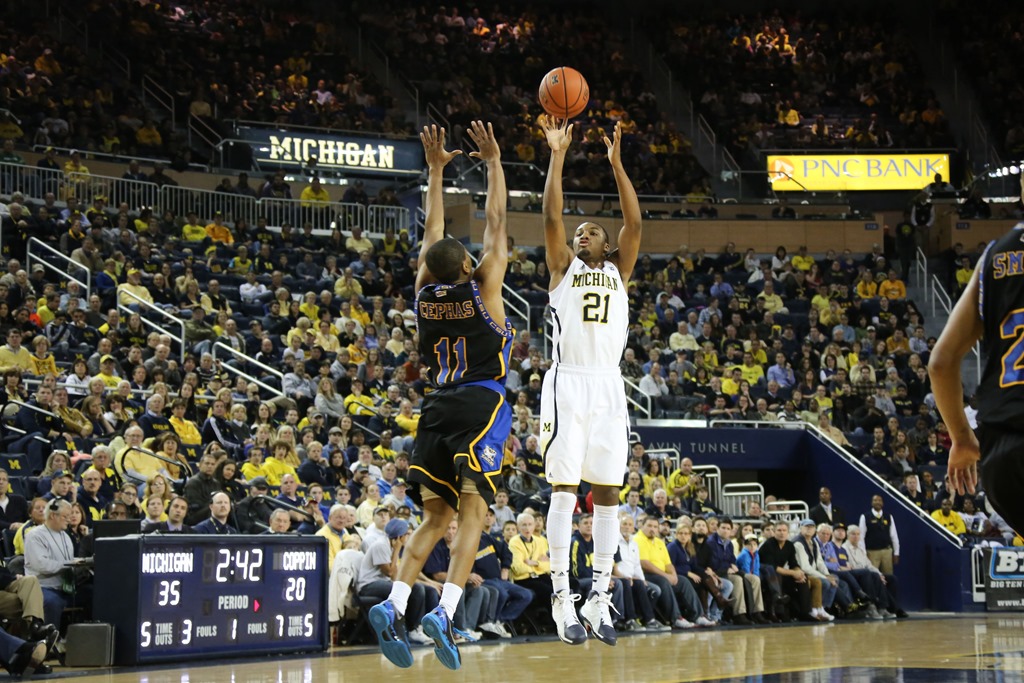 However, Bob Baptist of the Columbus Dispatch, completed his annual poll of Big Ten writers (27, up to two per program) for the upcoming season.

The Wolverines won the conference by three games last season, but will be forced to deal with the departures of Nik Stauskas, Glenn Robinson III, Jordan Morgan, Mitch and Jon Horford this season. Wisconsin is the odds on favorite to win the league, drawing 378 votes, 56 votes ahead of second place Ohio State.

Michigan received 286 votes, just 13 votes behind Nebraska and 60 votes ahead of Minnesota at No. 6. Find the entire conference poll after the jump. (Photo: Dustin Johnston)