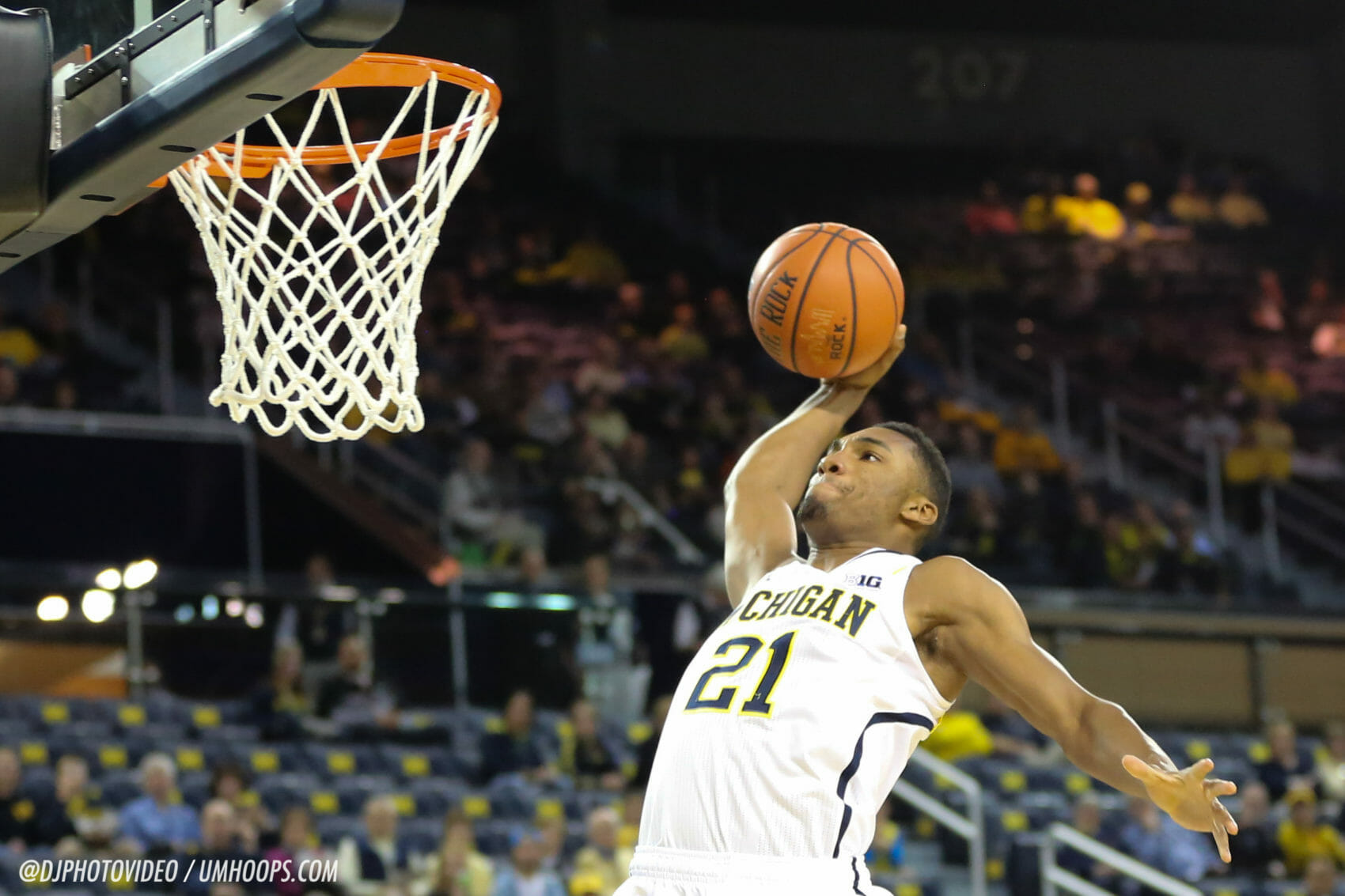 Michigan dominated Wayne State on the stat sheet, but head coach John Beilein was quick to reiterate that the Wolverines still have a long way to go before their season opener on Saturday.

“It’s hard to believe we went to Europe and we’re still not further along,” Beilein said after the victory. “But I’m not moving as quickly as maybe I would’ve in past years. I just don’t think we’re there yet.”

Ten different Wolverines saw game action in the first 10 minutes of Monday’s exhibition game, and the Michigan roster continues to be riddled with a unique blend of intriguing options and uncertainty.

“They’re getting better, but it’s so slow.”

“We’re just creeping along,” Beilein said. “I probably over-analyze it and want things to be running perfectly before we move on. We’re moving in the right direction, but it’s really slow.”

Sooner or later, Beilein will have to implement his entire offense and throw his young team into the fire head first and that moment is coming sooner than later. But the good news for Michigan’s head coach is that it’s clear that he has several talented pieces to work with.

Caris LeVert looked every bit the star that most expect him to be, finishing with an easy 16 points and six assists, while Zak Irvin had more above-the-rim finishes than he managed throughout last season. But at the end of the day, the Wolverines were clearly a team with plenty to work on before the season opener.

While Michigan played well, Wayne State was blatantly overmatched. Michigan and Wayne State are both rebuilding rosters that lost most of their top players from last season, but the Warriors are rebuilding a .500 level GLIAC team while Michigan has been deep in the past two NCAA tournaments. Michigan’s statistical domination has to be taken with a grain of salt considering the circumstances.

Statistically, this game was won by Michigan’s defense, something rarely written in this blog last season regardless of competition. The Wolverines held Wayne State to just a 29.6 eFG% and forced turnovers on more than a quarter of its possessions. Michigan cleaned up the glass well — guards and wings combined for 26 of 40 rebounds — and showed promise on the perimeter. Wayne State managed just .63 points per possessions, and most of its turnovers led to easy points on the other end.

Michigan outscored the Warriors 11-2 in points off turnovers, a big reason that the Wolverines were able to score 1.26 points per trip despite shooting just 32% from three-point range. Michigan shot 62% inside the arc with most of those baskets coming at the rim on open dunks and layups — a sure sign that the Wolverine offense is working fairly smoothly.

But all eyes were on the big men, and while they probably deserve a passing grade, Beilein isn’t going to be sleeping soundly at night quite yet.

DJ Wilson was perhaps Michigan’s most impressive player off the bench, finishing with nine points, two rebounds, two assists and a block.

“They’re getting better, but it’s so slow,” Beilein explained after the win. “We just got to keep working, be strong and be efficient with the ball. I love coaching them every day. I think their defense has come a long way, and as their defense gets better, than their thinking will come along.”

All of the bigs can do one or two things well, but it’s clear that at this point no one has the complete package and is ready to pull away. Michigan’s defensive rebounding numbers were solid, but Wayne State simply didn’t have the horses to challenge them on the offensive glass.

John Beilein didn’t pull any surprises in his starting lineup, sticking with Derrick Walton, Caris LeVert, Zak Irvin, Kameron Chatman and Mark Donnal – the same group that started all four exhibition games in Italy over the summer. Spike Albrecht, Aubrey Dawkins and Ricky Doyle were the first three subs off the bench, but 6-foot-9 forward DJ Wilson was perhaps Michigan’s most impressive player off the bench, finishing with nine points, two rebounds, two assists and a block.