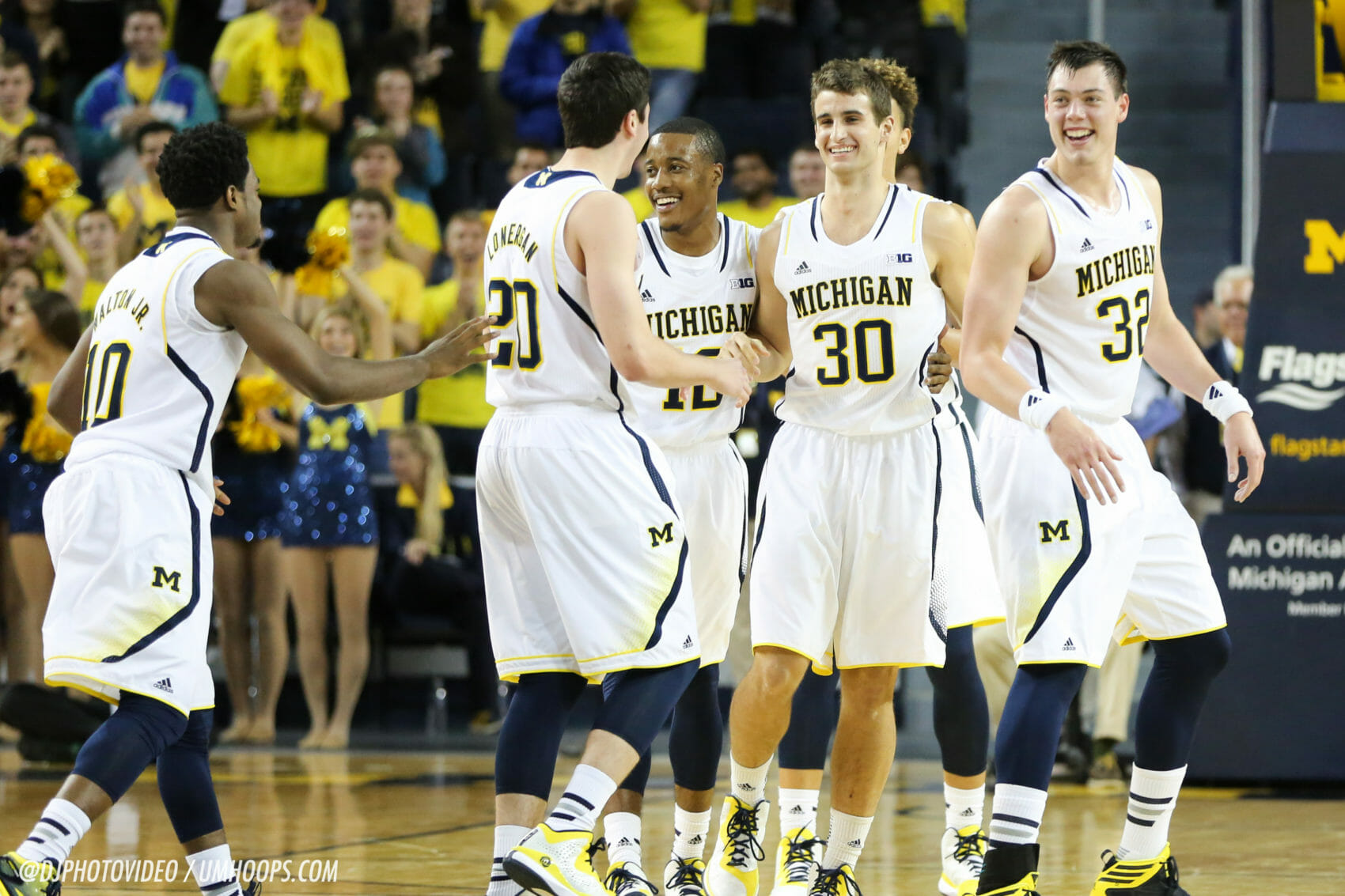 Someday, Austin Hatch sinking a free throw won’t be anything too noteworthy.

Someday, when he checks into a basketball game, it might not warrant a standing ovation. And someday, he won’t hear all his teammates imploring him that, “if you get it, shoot!” as he’s jogging onto the court.

But Monday wasn’t that day. Monday against Wayne State, his teammates and coaches urged him on, erupting in cheers when he drew a foul and earned two free throws. Monday, Crisler Center grew silent as Hatch stepped to the line, then groaned in unison when the first attempt hit the back of the rim and bounced out.

But then Hatch got the ball back, stepped back to the line, and shot again. This time, it hit nothing but net.

Except it wasn’t, of course. Monday marked his debut at Crisler. It marked Hatch — a survivor of two tragic plane crashes — playing college basketball against a real opponent with the program that continued to recruit him even after doctors feared he might never walk again.

“I just took a step off the line, got my breath, just stood up there and hit it,” Hatch said. “I’m envisioning myself counting down the top of the clock with five seconds to go in the game: Three, two, one, and I shoot it and win the game. Obviously, it didn’t win the game tonight, but I think after all that I’ve been through, it’s a pretty special moment for a lot of people.”

As the crowd roared, Hatch’s teammates gathered to congratulate him at halfcourt. Then John Beilein heeded assistant coach Bacari Alexander’s advice and subbed in Derrick Walton for the freshman guard, giving the Michigan coach an opportunity to wrap Hatch in a long embrace.

“He just congratulated me and said it’s a great start,” Hatch said. “(But) we still have a lot of work to do. I’ve got four more years here. There’ll be a lot more things like tonight that’ll happen in the next four years.”

To Hatch’s teammates, the moment was equally as special.

“I’m going to tell you something: It was a heartwarming experience,” said sophomore forward Zak Irvin. “Seeing that kid, how hard he’s been working, and then you see him knock down that free throw, that was big time right there.”

Hatch earned 1:28 of playing time at the end of a blowout exhibition, and he might not get a similar opportunity for the rest of the season. There may never be a situation in which Beilein feels comfortable turning to a guard who has made drastic physical improvements but still has a long way to go to reach game speed.

Hatch has already had remarkable moments on his road to recovery. He made it onto the floor for the first time at Michigan during the Wolverines’ overseas trip to Italy and he knocked down a three-pointer last season at Loyola.

“His video at Loyola where he made the shot was something that was probably more special,” Beilein said after the game. “Bacari (Alexander) said (to) get us up at the table, so we can get him out of there so that he could get a round of applause. We don’t know if this is going to happen again. It’s a tremendous thing for such a great kid.”

To Beilein, and to virtually everyone else at Crisler Center, Monday night’s moment was special.

“I don’t want to be known as a cool story,” Hatch said. “Obviously, what happened to me is unique, but that’s what happened. It’s not who I am. Obviously, it’s a big part of my life, but I’m about moving forward and making the most of it.”

But Monday wasn’t that day.