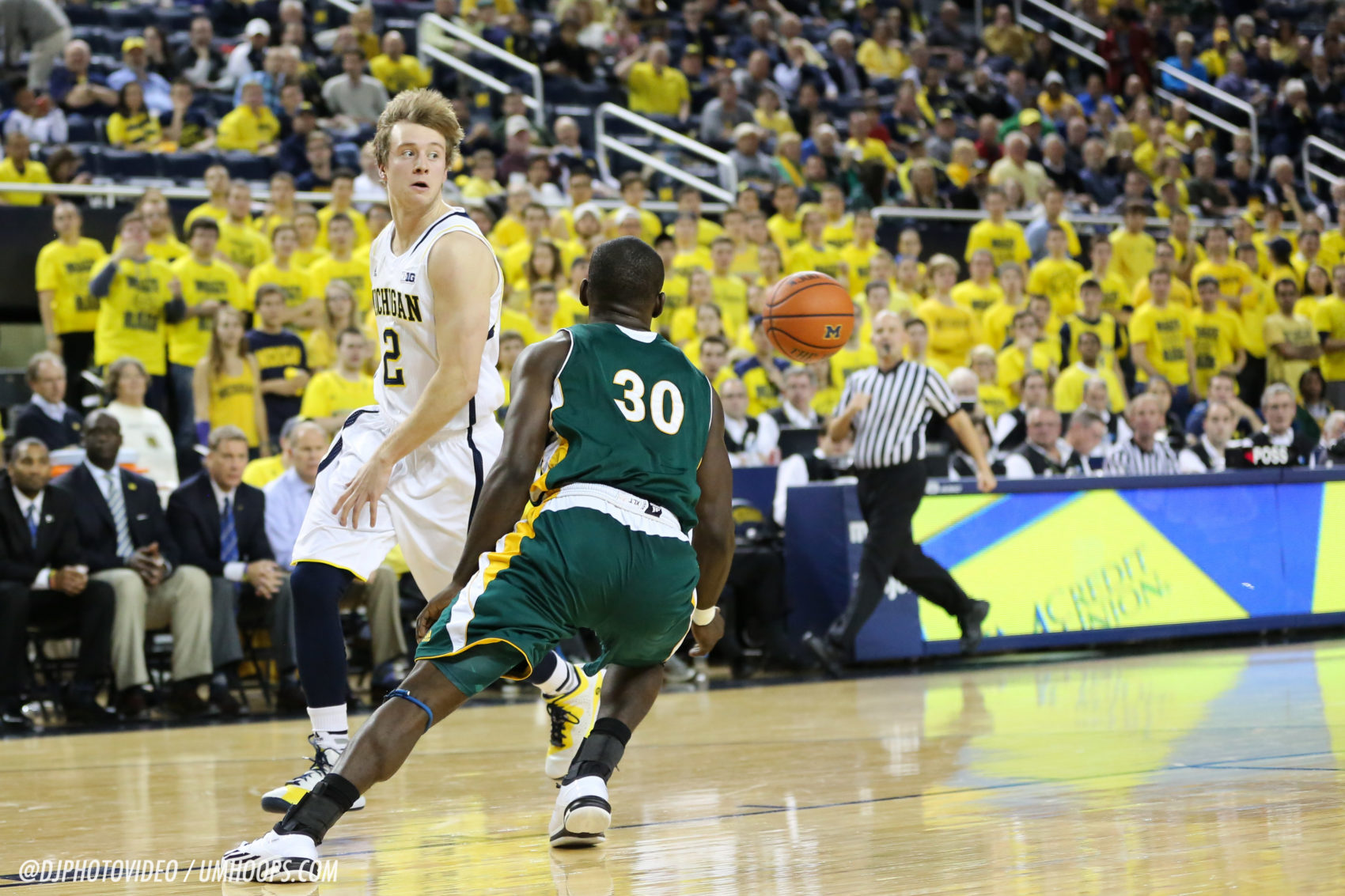 After the Michigan men’s basketball team thumped Wayne State in Monday’s exhibition, John Beilein expressed frustration at how slowly he had been able to install the offense.

“We don’t have a really big package in, and I’m trying to figure out how that’s happened,” he said then. “We’re just creeping along. I probably over-analyze it and want things to be running perfectly before we move on. We’re moving in the right direction, but it’s really slow.”

Friday, while previewing Saturday’s regular-season exhibition against Hillsdale, Beilein offered more in the way of specifics of just how far behind the Wolverines are. Last year at this time, he explained, Michigan was “20 to 30%” further along in the process.

“We spend an awful lot of time on the most basic of fundamentals,” Beilein said. “You chop away at this checklist that’s enormous.

Beilein said this year’s team reminds him of the 2010-11 squad that featured Darius Morris as a sophomore, and two juniors in Stu Douglass and Zack Novak, but had no seniors.

Beilein said “there’s something every day” to teach the team, and eight players in particular — the six newcomers, redshirt freshman Mark Donnal and transfer Duncan Robinson — are still working on adjusting to the program’s culture.

“Today will be practice number 30,” Beilein said. “And I’m sitting in a meeting saying, ‘How did we forget to do that during this time?”

As the Wolverines slowly continue their trek toward midseason form, Beilein said “the early parts of the journey aren’t fun.” But with so many freshmen comes a wealth of untapped potential.

While Hillsdale is no Wisconsin, Hillsdale head coach John Tharp runs a similar swing offense. So, though Saturday’s game might not be all that close, the Wolverines will be facing a valuable opponent.

“Everyone will look at this game and say ‘Hillsdale?’ but they’re probably one of the most consistent Division II programs, not only in the state of Michigan, but in the country.

“It’s very similar to some of the teams we will play this year.”

The swing offense emphasizes a deliberate tempo with a focus on passing and cutting instead of the dribble-drive, ultimately in an effort to obtain quality inside looks.

Last year, Wisconsin scored 1.24 points per possession and committed just two turnovers in a 75-62 win over Michigan at the Crisler Center.

“If you don’t know what the swing offense is, then you’re probably in the wrong place right now,” Beilein said. “(Hillsdale) just are really sound fundamentally. They’re not going to throw the ball around.”

For the third year in a row, the Wolverines will raise a banner at the Crisler Center. Saturday, the remaining members of the 2013-14 squad will receive their Big Ten championship rings, too.

And that has the team’s six freshmen a little bit jealous.

And teammates and the coaching staff certainly aren’t hiding their previous success. Chatman said he has been motivated by seeing them wear rings from prior accomplishments.

“I will talk to (the freshmen) about that,” Beilein said. “You look at the 99 years of Michigan basketball — it’s not like (a banner) goes up every year. And how hard work and sacrifice got us there.

“It’s attainable, but at the same time, it doesn’t happen every year.”

Beilein said he expects family members of both Nik Stauskas and Mitch McGary to be at Saturday’s pregame festivities.