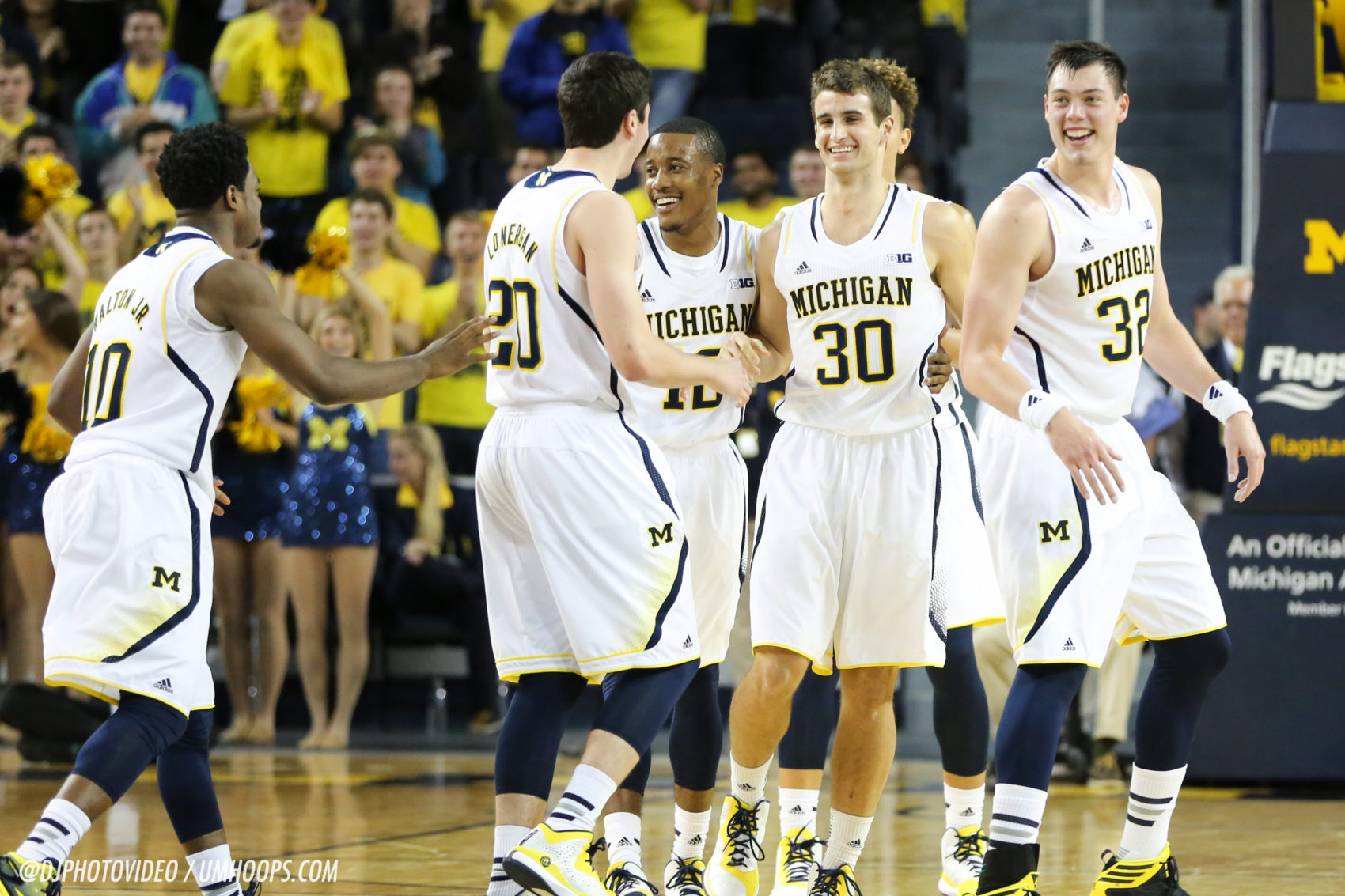 It’s a banner day in Ann Arbor as the Wolverines will raise last year’s Big Ten Championship banner to the rafters before tipping off the new season against Hillsdale. The game is scheduled for 2:00 p.m. and the game will be broadcast online by ESPN3. Join the discussion in the comments section below before, during and after Michigan’s season opener. (Photo: Dustin Johnston)