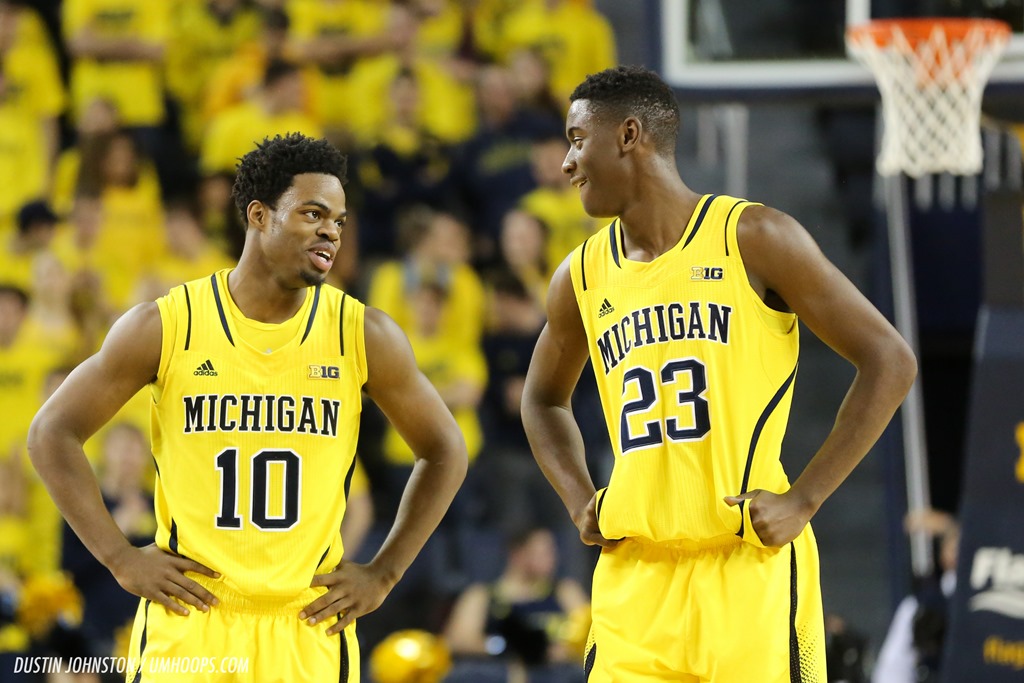 Opening the season with a ring ceremony is more than a celebration, it’s a reminder of the end goal.

Ask any of Michigan’s freshmen and they’ll say that watching their older teammates receive their rings is the ultimate motivation to get one of their own. Ask one of those returning players and they’ll tell you how badly they want another one.

The Wolverines have kicked off the last three seasons with a banner celebration and winning a ring is becoming an expectation rather than a dream. John Beilein has preached the importance of building a winning culture since he arrived in Ann Arbor and his foundation is firmly in place.

While the culture is a reality, Saturday’s season opener against Hillsdale was a reminder that this is a new, different team.

The Wolverines handled their Division II opponent with relative ease, but showed some growing pains along the way. Don’t pencil Michigan into the Elite Eight just yet, this is a team that’s still trying to figure itself out. Players need to find their roles, defensive rotations need to be drilled and it’s painfully obvious that roughly half of the roster is learning on the job.

The Michigan team on the floor Saturday afternoon didn’t look ready to compete for a championship yet, but it looked like a group that believes it will by season’s end.

Division II caveats aside, Michigan’s offense showed no signs of concern. The Wolverines checked off every box on the offensive check list: hot three point shooting, very few turnovers and a high free throw rate. The result was a simmering 1.35 point per possession performance that has started to become the norm. Michigan isn’t going to shoot over 50% from three-point range in every game, but it looks like there’s enough firepower that this offense has the potential to be great once again.

The Wolverines rode their ‘big three’ of Caris LeVert, Derrick Walton and Zak Irvin and they were remarkably efficient. LeVert, Irvin and Walton were Michigan’s first trio of 20 point scorers since 2011 and they carried the Wolverines in almost every statistical category.

Hillsdale was well coached and ran several very effective offensive sets, but Michigan’s defense left much to be desired. The Wolverines struggled to stick with cutters and to communicate on the high ball screen, which left Hillsdale wide open for a number of threes and easy looks. Freshmen and experienced players alike were caught ball watching or sleeping on defense and as a result Hillsdale managed a point per possession. The Chargers shot over 40% from three-point range (10-of-23) and junior forward Kyle Cooper had a career game, finishing with 28 points on 19 field goals.

Michigan’s defensive saving grace was its ability to force turnovers and turn them into easy points on the other end. The Wolverines scored 25 points off of 14 Hillsdale turnovers, but it’s worrisome that the Chargers scored 1.26 points per trip when they didn’t give the ball away.

“This is what we have to do,” the head coach said of the team’s defensive woes. “We have to learn. We’re still trying to find out who we are defensively, our patterns of switching. They exposed that a lot today.”

Many of Michigan’s defensive issues are correctable and teachable problems. Poor rotations and missed assignments are common in November games, especially with a team that has so little experience, but it was painful to think about this defense, as it stands today, facing an offense like Wisconsin any time soon.

Michigan won’t have much time to make fixes because it will be back in action on Monday night, hosting a Bucknell team that squeezed out a home win over Marist on Friday evening.