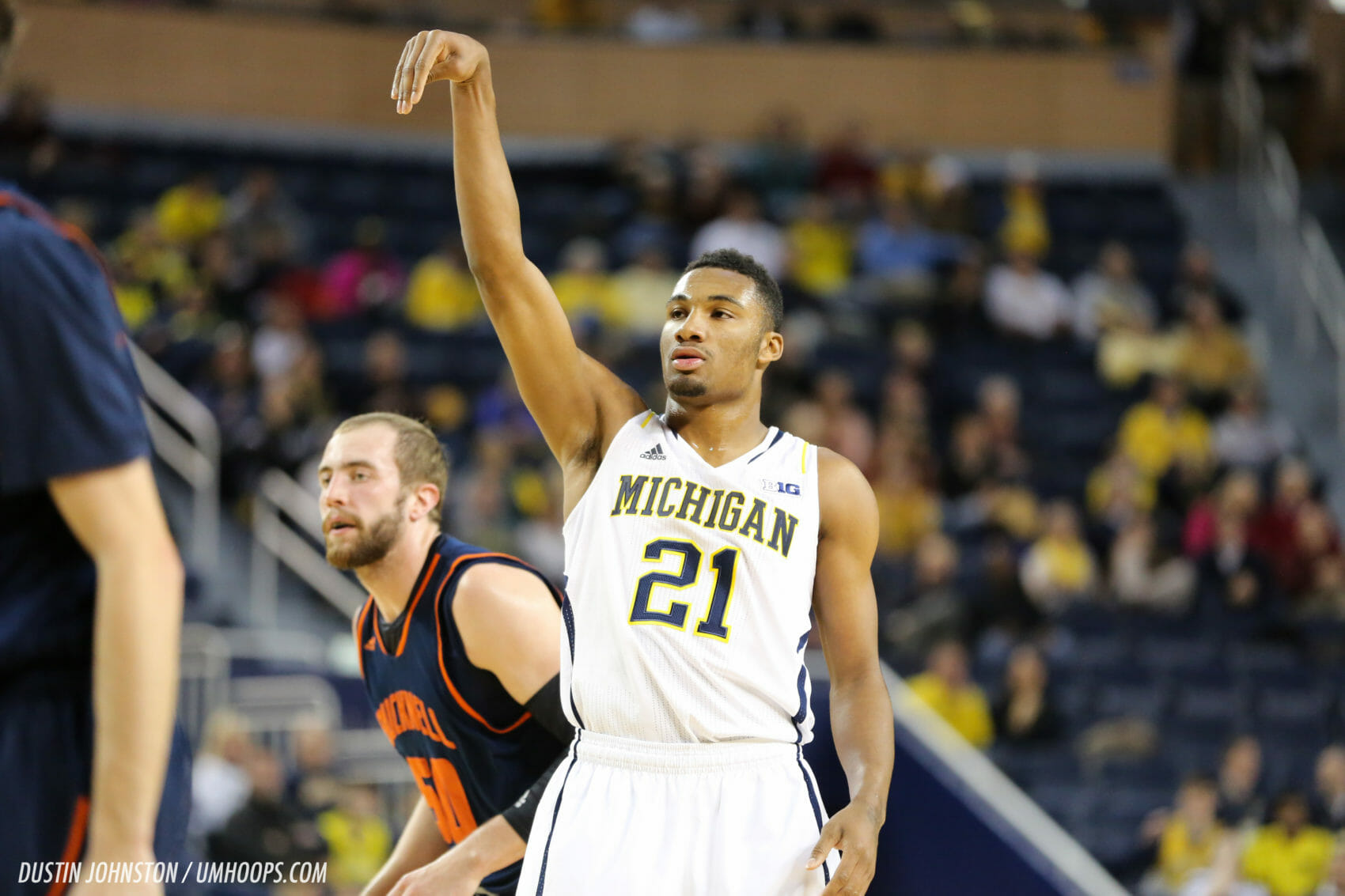 There will be a couple of familiar faces returning to the Crisler Center on Thursday when Michigan hosts Detroit.

At halftime, the Wolverines will honor former All-American Campy Russell as part of the Legends Classic, but he won’t be the only name that Michigan fans recognize.

Juwan Howard Jr., a senior who was named to the Preseason All-Horizon League First team, stars for Detroit and is the son of Fab Five legend Juwan Howard. Now in his third season with the Titans, the 6-foot-5 forward has averaged 13 points per game, thanks to a 35% three-point shooting.

“When your daddy is one of the greatest players ever to play at Michigan, you’re coming in here, that’s certainly going to have strong emotion going into the game,” said John Beilein.

And then there’s Carlton Brundidge, one of three players who transferred away from the Wolverines after the 2011-12 season. Despite coming to Michigan as a four-star prospect, fellow freshman Trey Burke was the star that year, starting 33 games en route to co-Big Ten Freshman of the Year honors. Meanwhile, Brundidge never started and averaged just 2.9 minutes in 15 contests.

“I have only fond memories of Carlton,” Beilein said. “We wish him the best. We’ll be following him all for the rest of his career. At the same time, when he’s here, we’re going to do the best we can to make it a tough night for him. But he’s going to do the best he can to have a great game against us.”

Brundidge played in all 32 games for the Titans last year, averaging 7.5 points, 2.4 rebounds and 1.5 assists. While he hasn’t started in Detroit’s first two games this season, he’s averaging more than 15 minutes off the bench.

Howard is averaging 16 points through Detroit’s first two games and also started all 32 games last season. He was named the team’s 2013-14 MVP after averaging 18.3 points per game, fourth in the Horizon League.

“Certainly, there is going to be a lot of emotion,” Beilein said, “and I don’t mean that in a negative way.”

Though Brundidge and Howard have the deepest ties to the Wolverines, nine of Detroit’s players hail from the state of Michigan.

“This is a in-state university. This is one that certainly will come in here with a lot of Michigan players. They’re going to be up to this challenge, and we have to be up to the same challenge,” Beilein said.

Beilein has given thirteen players — including all of the true freshmen — time in Michigan’s first two regular-season games. And as the Wolverines’ schedule becomes more difficult, Thursday’s contest might be the last time for newcomers to establish themselves as part of the rotation.

But the coach remained tight-lipped about what players he’s keeping an eye on most.

“We’re going to try and win every game before we try to expose everyone to the lights,” Beilein said. “I don’t think we’re saying, ‘OK, we have to get that guy more minutes right now.”

Through Michigan’s first two games, Spike Albrecht has garnered the most minutes off the bench (45), with Ricky Doyle (18) and DJ Wilson (17) significantly further behind. Max Bielfeldt got 16 minutes in an 18-point performance Monday alone.

“I think that we need a couple of other alternatives,” Beilein said. “What does the center position really look like? What happens if, when we’re small with the guard and they’re exposing us there, what’s our next move? You sort of have to wait till that happens to make it happen, but we’re trying to prepare for that.

“A lot of them right now haven’t looked as good, but it is certainly paralysis by analysis. There’s just too much thinking going on, and they’re not playing the way they can play.”

Sophomore forward Zak Irvin has taken his move to a starting role in stride. Through two games, he’s averaging 22 points on a 78% effective field goal percentage.

What’s exciting about Irvin isn’t just the numbers but the way in which he has gotten them: driving the lane, in transition and with improved off-ball movement. But Irvin’s staple is still the catch-and-shoot three, and he says he has made improvements with his technique there, too.

“Just trying to get better spin on the basketball,” Irvin said. “I know I do have a weird, unique jump shot out there. A lot of reps, I think, has really helped out my jump shot.

“I think my jump shot has improved a lot more this year than it was last year.”

Irvin said he “never noticed” his unique jumper until Caris LeVert and Derrick Walton “were always giving me a hard time” about it last season. Beilein instructed Irvin to focus on the technique throughout the offseason, helping him stay balanced and get the right spin on the ball.

The forward said tweaking his form was “very difficult,” but the improvements have been tangible to Irvin both in practice in games.

“I would lean left and right, sometimes even fade,” Irvin said. “Just staying upright, and also holding my follow-through. That’s a big thing that Coach B has been working on me with.”