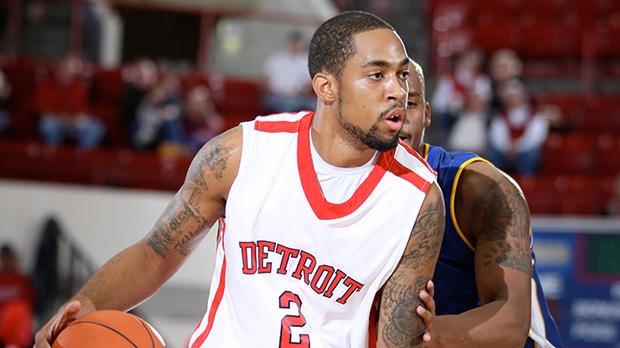 Early in the season there’s always the worry that every new test has the potential to expose a fatal flaw.

That uncertainty proved foolish on Monday night as Michigan steamrolled Bucknell, but the Wolverines will face fresh questions this evening when Detroit travels to the Crisler Center.

The Titans head to Ann Arbor with a 1-1 record, but they’ve only played one game of note: an 83-66 loss at Oregon, Michigan’s next opponent, on Monday evening. Detroit hung with Oregon in the first half, entering the locker room tied at 35, before allowing its defense to unravel in the second. The Ducks outscored Detroit 48-31 in the final 20 minutes en route to a comfortable win.

Detroit went 13-19 last season, finishing eighth out of nine Horizon League teams. The Titans returns five of their top seven rotation players from a season ago, but lose most of their size.

Detroit was ranked 247th in offensive efficiency and 139th in defensive efficiency last season. The 2013-14 Titans struggled mightily to make shots — 46% on twos, 31% on threes — and avoid fouls.  This year’s Titan roster doesn’t appear to be loaded with shooters either, but at this point there’s not enough sample size to judge. The Titans shot the ball well against NAIA Rochester and terribly at Oregon.

The lone bright spots of last year’s Detroit defense were forcing turnovers (top 100 in forced TO rate, steal% and block%) and defensive rebounding. But last year’s top rebounders, Ugochukwu Njoku and Evan Bruinsma, both graduated and the Titans don’t have the size to replace them with only one player over 6-foot-7 in the rotation. Expect this year’s Detroit team to focus heavily on forcing turnovers, but also pay the price for their over aggressiveness.

The same concerns lie on the offensive end. The Titans strength offensively last season was their ability to crash the offensive glass, but they lost their top three offensive rebounders from a season ago.

Detroit is led by Juwan Howard Jr., who averaged 18 points and 5.3 per game last season. Howard is on pace to use well over 30% of Detroit’s offensive possessions once again this season and while he might not be the most efficient scorer, he’s capable of putting up big numbers.

6-foot-5 guard Anton Wilson is known for his shooting ability. He went 4-of-5 from three-point range in both of Detroit’s first two games. 6-foot sophomore Matthew Grant is the other 3-point shooting threat to watch. Over half of Grant’s field goal attempts last season were threes, but he only connected at a 31% clip.

Michigan fans will recognize the names Carlton Brundidge and Brandan Kearney. Brundidge played one season at Michigan before transferring to Detroit while Kearney played two years at Michigan State, then a year at Arizona State and now is at Detroit. Brundidge’s game hasn’t changed much. He still loves to attack the basket and get to the line, but struggles with his shooting (44% on twos, 28% on threes last season).

6-foot-1 guard Jarod Williams had a big game at Oregon, scoring 15 points on 6-of-9 shooting. He’s known for his defense and his ability to generate steals. Freshman wing Paris Bass was one of the top performers at Michigan’s College Practice Camp last summer. Bass is a 6-foot-7 wing that thrives attacking the basket, but still appears to be rough around the edges offensively.

The only big man in the Detroit rotation is 6-foot-10, 218 pound junior Patrick Ackerman. Ackerman is also a Big Ten transfer as he played two seasons at Penn State. Ackerman starts for U of D, but is 0-of-5 from the floor in two games.

This is generally the sort of matchup that has favored Michigan in the past. The Wolverines are as abhorrent of turnovers as anyone in the country and they’ve proven their ability to value the basketball regardless of the opposition.

Detroit probably doesn’t have the size to test Michigan inside, but they have the athletes to test the Wolverines on the perimeter. This should be a great tune-up for Michigan before heading to Brooklyn where they’ll face Oregon (who just played a 75 possession track meet against Detroit) and either VCU or Villanova. Michigan’s quickness on the perimeter has been a strength early on, but this will be a big leap with respect to perimeter quickness.

Ken Pomeroy projects an 82-66 Michigan win in 69 possessions, giving U of D just an 8% chance at the upset.