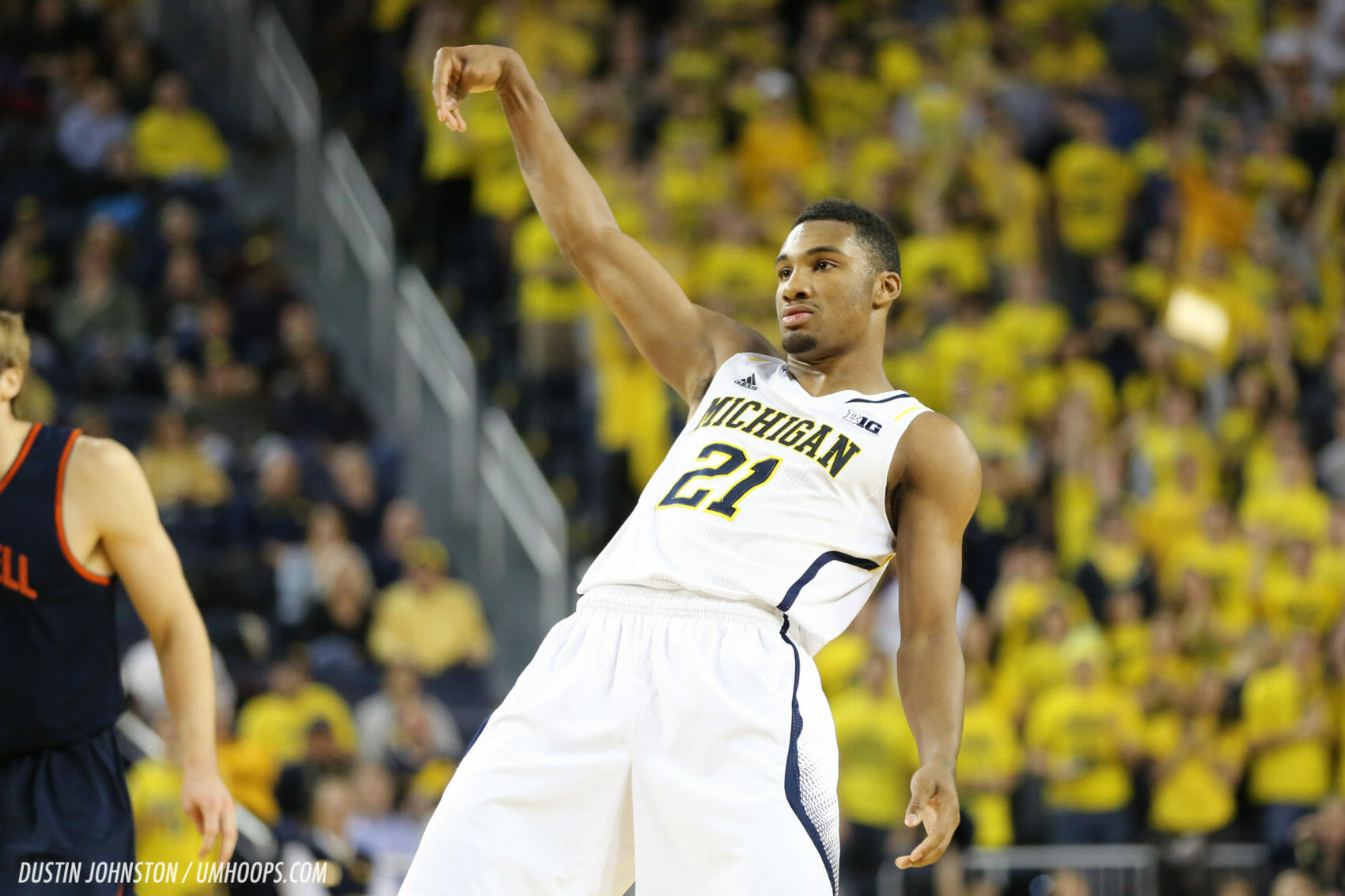 Kameron Chatman has struggled to begin the season, but expect to keep seeing plenty of him.

The freshman has started the year shooting just 18.8% (3-for-16) from the floor and has yet to hit a three-pointer. John Beilein, though, has no plans to take the 6-foot-7 wing player out of his starting lineup.

“We’re not thinking about any changes in [our starters] right now at all,” Beilein said Saturday morning in a teleconference.

Though Chatman played 30 minutes in Michigan’s opener against Hillsdale, he was limited to 20 minutes against Bucknell and then just 12 on Thursday against Detroit.

The Titans gave the Wolverines their biggest test of the young season. After a slow start to the second half, Beilein elected to use a veteran-heavy lineup to help clinch the win.

But that doesn’t mean you should anticipate Spike Albrecht starting over Chatman anytime soon.

“Just continue to give [Chatman] more and more opportunities to grow at that position, the game will slow down more for him,” Beilein said. “Usually, it’s more defense than offense for freshmen. But he’s really played well in practices. Games, he has a great attitude. Just, the shot hasn’t fallen, and we’ll keep working on that, because it is in practice.”

Chatman’s athleticism has been helpful defensively. He has six steals this year, tied for second in the Big Ten, but he’s also struggled to grasp some of the concepts at that end of the floor.

‘More questions than answers,’ but no reason to be worried

Though Beilein said there are still “more questions than answers” surrounding the Wolverines, the coach said it would be unwise to be worried about the freshmen’s struggles.

After all, in 2011, a freshman point guard named Trey Burke struggled through Michigan’s first three games.

“I think we forget about how, when Trey Burke played his first game against Western Illinois …  he was outplayed 100% by the fifth-year guy from Western Illinois,” Beilein recalled. “On the way out, on the plane [to Hawaii for the Maui Invitational], I said, ‘This is going to be a tough year with a freshman point guard.’ ”

Burke finished the season as the Big Ten Freshman of the Year, and, while it’s not fair to expect the same improvement from Chatman, Aubrey Dawkins, Mark Donnal, or the other newcomers on this year’s team, Beilein said three games is too small a sample size to judge them.

Oregon, Michigan’s first opponent in the Legends Classic, is 3-0 with all three wins by 10 points or more.

Fortunately for the Wolverines, they’ve seen a team with a similar style this year. Beilein cited that the Wolverines are using Detroit as a reference to prepare for the Ducks. The coach explained that both teams have above-average shotblockers and like to use high-pressure defensives.

“A lot of lessons learned from one game to the other,” Beilein said.

Oregon trounced Detroit, 83-66, but the Ducks and Titans were also tied at halftime

Beilein added that he knows Oregon coach Dana Altman well, both because they sat together several times while attending Final Fours and because he has coached against him previously.