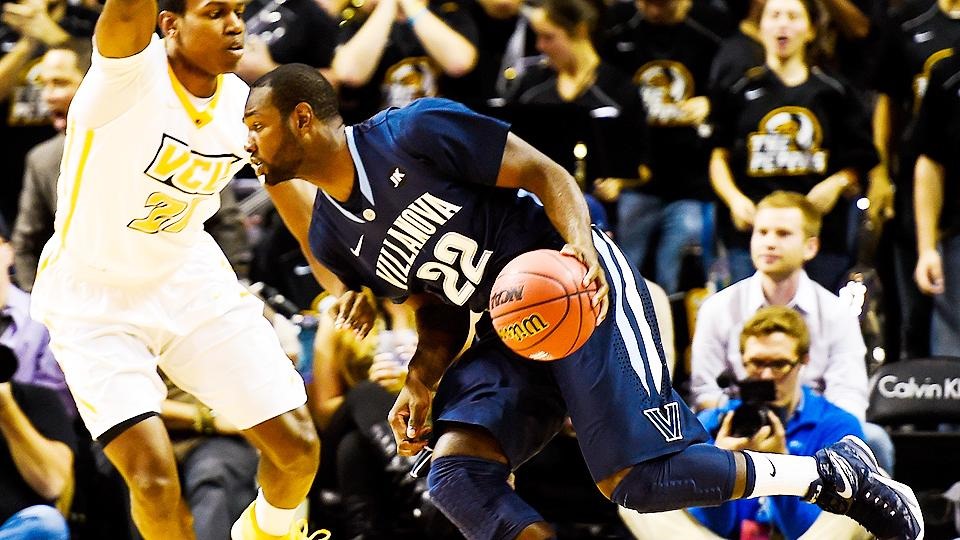 Michigan’s young roster will face the unique challenge of preparing for a back-to-back game and it’ll have to do it against a team much better than the Oregon team it beat on Monday evening. The Wolverines will face one of John Beilein’s old Big East adversaries in Jay Wright and the Villanova Wildcats.

Villanova is ranked 11th in the country and returns four starters from last year’s Big East Champion squad. The Wildcats might be lacking in starpower, but they have more than enough depth, balance and experience to make up for it. Not only does Villanova have two seniors and three juniors in the starting lineup, it also has five players averaging between 9.8 and 12.5 points per game.

The Wildcats had a closer-than-expected win over Bucknell last week, but enter tonight’s contest after an impressive shellacking of VCU. Villanova was tied with VCU at halftime before catching fire and rattling off a 16-0 second half run en route to an easy 77-53 win.

Jay Wright’s guard heavy perimeter-oriented offense has become a fixture at Villanova and is universally accepted to the point where it doesn’t matter who is on the roster, you have a good idea of what to expect from Villanova. The Cats feature Wright’s four guard offense with a starting lineup that goes 6-2, 6-3, 6-6, 6-7 and 6-11. Similar to Michigan, Villanova’s offense minimizes turnovers and relies on the three-point shot. The Wildcats haven’t shot the ball well from three-point range this season – until the second half of last night’s VCU game — but have several capable shooters in their rotation.

Defensively, Villanova has feasted on turnovers this season. Wildcat opponents are turning the ball over on 28.5% of their offensive possessions, ninth best in the country. Michigan isn’t facing VCU’s vaunted ‘Havoc’ defense, but the Wildcats have actually forced more turnovers than the Rams this season. Last year’s Villanova team was among the country’s best at defending the rim, allowing opponents to shoot 43% inside the arc, but Villanova opponents are shooting 51% inside the arc through four games this season. Bucknell had the best offensive performance against the Wildcats, but the Bison managed just .93 points per possession.

6-foot-7 senior JayVaughn Pinkston is a former McDonald’s All-American and a preseason first team All-Big East selection. Pinkston averaged 14 points and six rebounds per game last season and enters tonight’s game after his best performance of the year against VCU. Pinkston slasher who thrives attacking the rim, getting to the line and crashing the glass. At 6-foot-7, 235 pounds he’ll provide a real challenge for Kameron Chatman and Zak Irvin.

Junior point guard Ryan Arcidiacono leads Villanova in minutes at 30 per game and is averaging 9.8 points and 5 assists. He’s the sort of player that can draw all the headlines while scoring 3 points and going 1-of-7 from the field. That was the case last night against VCU when he racked up nine assists and zero turnovers against VCU’s pressure defense.

Dylan Ennis, the older brother of Phoenix Suns point guard Tyler Ennis, leads Villanova in scoring this season at 12.5 points per game. The 6-foot-2 junior guard attempts over half of his shots from 3-point range and is shooting 53% on twos and 40% on threes.

6-foot-6 wings Darrun Hilliard and Kris Jenkins are both primarily long range shooters. Hilliard is only shooting 19% from three-point range this season, but he was a 41% three-point shooter last season with over half of his attempts from long-range. Jenkins is a 36% career three-point shooter and he’s recorded seven steals in the last three games.

Sophomore big man Daniel Ochefu will provide Michigan’s frontcourt with one of its most difficult tests yet. Ochefu measures in at 6-foot-11, 245 pounds and he’s a shot blocking and rebounding interior anchor for a Villanova team that is otherwise generally perimeter-oriented. Ochefu is Villanova’s only

Ken Pomeroy’s FanMatch pegs tonight’s Legends Classic final as the most entertaining game of the day and predicts that Villanova will win a close one, 64-62, over the Wolverines.