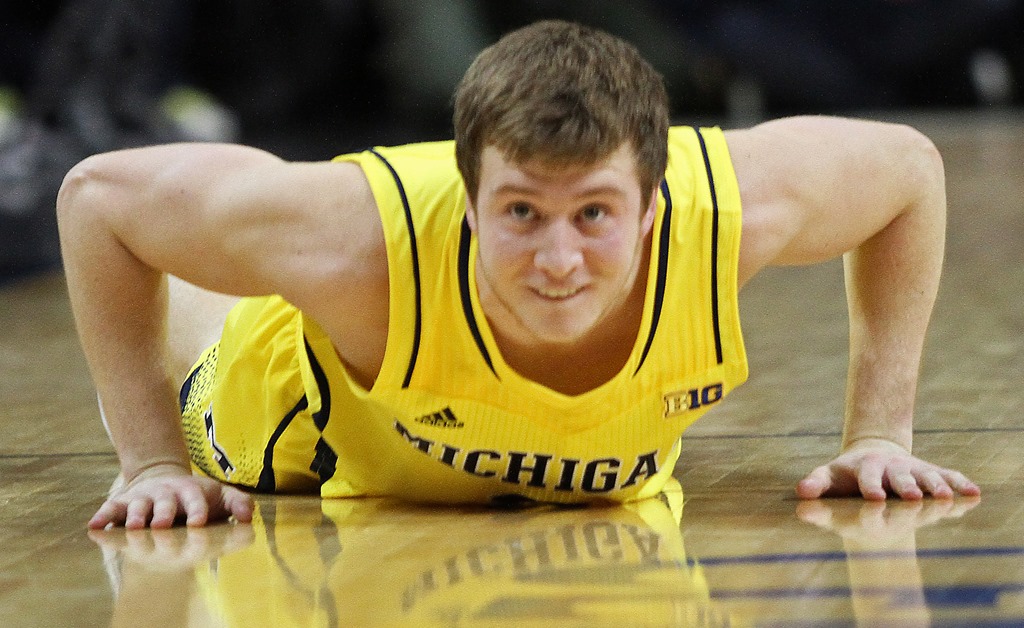 Michigan grew up in Brooklyn, but it came up short.

For a solid ten minutes on Tuesday the Wolverines were flat out punked by Villanova. The Wildcats held Michigan without a basket for a stretch that spanned the final seven of the first half and the first three of the second.

Michigan finally bottomed when Caris LeVert was ripped by JayVaughn Pinkston for a steal and easy dunk to stretch the Villanova lead to 13 points. From there, the Wolverines called three timeouts in 18 seconds. First to stop the momentum, then because Derrick Walton was trapped in the corner and then because Kameron Chatman couldn’t even inbound the ball. Michigan looked broken and the Wildcats appeared to be on the verge of their second straight blowout win in Brooklyn.

But for the first time this season, we saw what happens when this Michigan team is punched in the mouth. The Wolverines got up off the mat and battled back. Zak Irvin, Caris LeVert and Derrick Walton combined for a 7-0 run in just over a minute to put Michigan back in the game.

The Wolverines eventually overtook the lead, only to let it slip away late. This young group made the type of mistakes that you can’t make to win games against a good team. From JayVaughn Pinkston’s emphatic block of Zak Irvin’s late dunk attempt to Mark Donnal’s missed front-end of a one-and-one, Villanova simply out-executed Michigan down the stretch.

The loss hurts, but the important lesson on Tuesday night wasn’t that Michigan lost, it was that it had the heart to get up when it could have packed it in.

It’s fitting that this was Michigan’s worst offensive performance since last November against Charlotte in Puerto Rico. This game had many of the same characteristics – it was at the end of a preseason tournament on short rest, the Wolverine offense went dreadfully cold for a long stretch and it was lost in the final possessions – and the Wolverines will hope that it has a similar residual effect.

Michigan’s offense is going to be okay. The Wolverines made the requisite adjustments to attack Villanova’s trapping defense and started slicing the Wildcat defense for easy layups with ease in the second half. Caris LeVert, Derrick Walton, Spike Albrecht and Zak Irvin all made handfuls of big shots down the stretch. Ricky Doyle and Kameron Chatman showed continued inklings of progress as they moved closer to game-readiness.

During Michigan’s mid-game slump the Wolverines didn’t just miss shots, they had rash of live ball turnovers that led to easy points. Villanova recorded seven steals and outscored Michigan 13-0 in fast break points on the night. Michigan had thrived in transition offense to start the season, but was outscored 21-0 in fast break points during two games in Brooklyn. The Wolverines were good enough to survive the free giveaways against Oregon, but weren’t so lucky against Villanova.

Defensively, Michigan held Villanova to .96 points per possession for the game. Over the last three years, Michigan was 48-3 when holding its opponents under a point per possession with the losses coming to at Ohio State and Wisconsin in 2013 and against Charlotte last season. This was a defensive performance that was good enough to win on most nights against an offense that is very good. The defense is far from a finished product, but the early returns have been encouraging. Michigan forced turnovers on 21% of Villanova’s offensive possessions and rebounded a very solid 75% of Villanova’s misses.

This loss will sting, but it’s far from the end of the world.

Despite the solid defensive rebounding numbers, Michigan’s big men struggled in that department. The Wolverine bigs were whistled for at least six or seven fouls after either crashing the glass or missing box outs. Those are the sort of mental errors that just compound other mistakes like missed layups into further damage. As a result, Villanova ended up in the bonus down the stretch and Beilein was forced to juggle foul trouble for all three bigs.

There were plenty of late game situations to dissect:

This loss will sting, but it’s far from the end of the world. Villanova is going to win a lot of games this season and is a favorite to win the ‘new’ Big East. It would have been a better win, but it’s certainly not a bad loss. Michigan regroup against Nicholls State on Saturday before facing Syracuse and Jim Boeheim’s 2-3 zone on Tuesday.