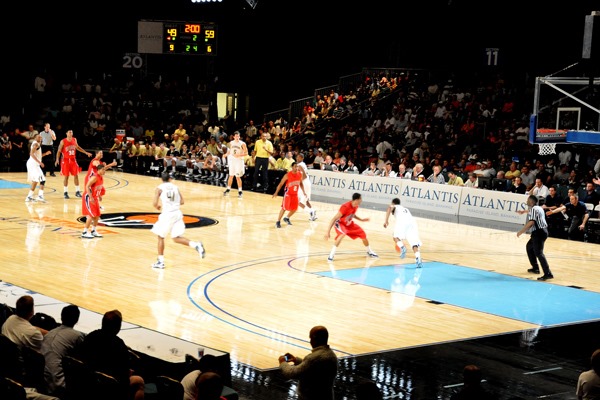 Michigan will head to the Bahamas for Thanksgiving next season.

Michigan will head to the Bahamas for Thanksgiving next season.

The Wolverines will represent the Big Ten in the Battle 4 Atlantis tournament. The 2015 field will also include Gonzaga, Syracuse, Texas, Texas A&M, UConn, Washington and Charlotte.

Battle 4 Atlantis is one of the fastest growing preseason tournaments and has attracted a host of popular schools – including Duke, UConn, Louisville, Kansas, Villanova, Wisconsin and North Carolina – in its first three years.

Battle 4 Atlantis not only includes a nice November trip to the Bahamas, it’s also one of the only preseason tournaments that pays schools to attend.