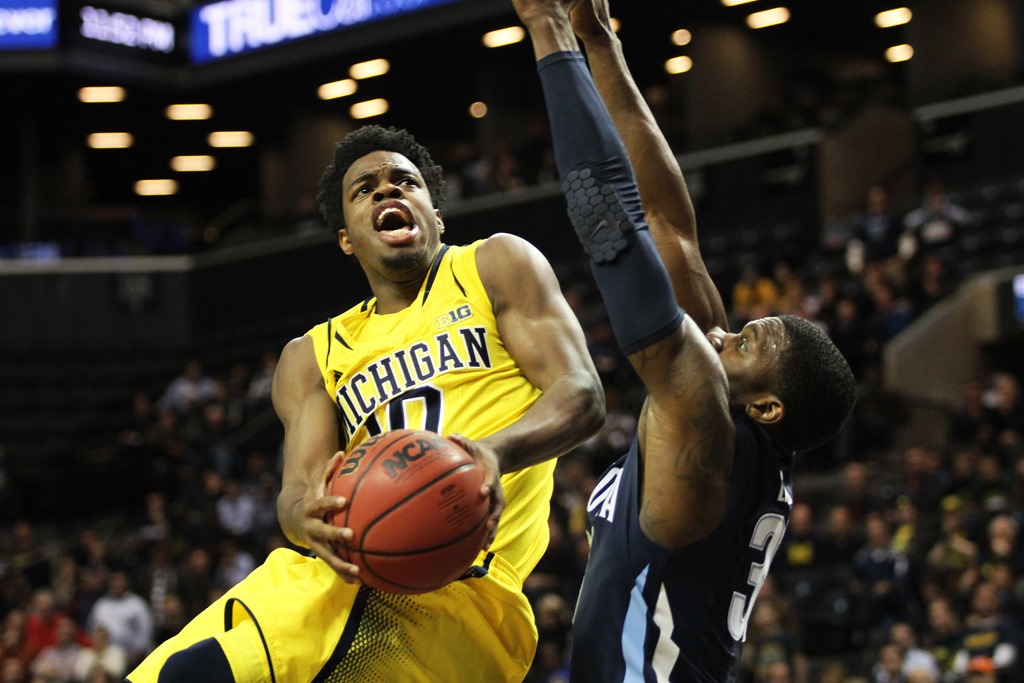 John Beilein announced that Derrick Walton is day-to-day with a sprained toe and DJ Wilson will be sidelined for 3-4 weeks.

Walton suffered the injury — either a sprain or turf toe, Beilein said — during last Tuesday’s loss to Villanova in the Legends Classic. The guard didn’t dress for Saturday’s 91-62 win over Nicholls State and wore a boot during the game.

Whether Walton plays Tuesday, Beilein explained, is “a little bit up to him.” However, the coach said Walton hasn’t practiced at full-speed since the injury.

“We’re not going to push him one bit,” Beilein said.

Freshman forward DJ Wilson has been ruled out for the Syracuse game with a sprained knee and will miss three-to-four weeks as he recovers. Beilein called the injury “minor,” and added that it will not require surgery.

Beilein said the Wolverines will explore redshirting the freshman forward. The NCAA requires a student-athlete participant to suffer a season-ending injury and participant in less than 30% of a team’s games to be eligible for a medical redshirt. Wilson played in Michigan’s first five  games, scoring 2 points in 24 minutes.

Wilson also suffered the injury against Villanova. He walked with the help of crutches Saturday as the Wolverines breezed by Nicholls State.

This is Wilson’s second injury while at Michigan. The versatile freshman missed the team’s four games in Italy this summer with a broken pinky.