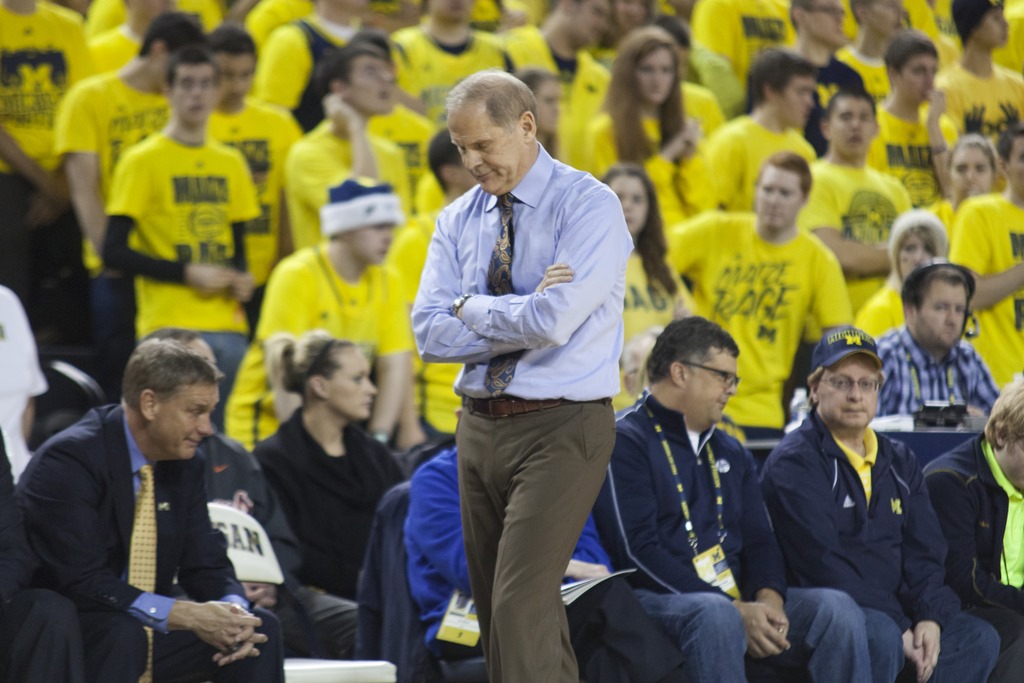 In the most unlikely college basketball upset since Gardner Webb won at Kentucky in 2007, NJIT escaped from the Crisler Center with a 72-70 win on Saturday afternoon.

In the most unlikely college basketball upset since Gardner Webb won at Kentucky in 2007, NJIT escaped from the Crisler Center with a 72-70 win on Saturday afternoon.

The Highlanders, who had never even faced a top-25 team before traveling to Ann Arbor, have only been a Division I team for six years and their short tenure includes a 51 game losing streak. There were troubling signs of an upset brewing from the early moments of the noon Saturday tip-off.

The Wolverines looked flat and lethargic. The offense lacked any zip – Michigan finished with as many turnovers (8) as assists for the game – and allowed NJIT to hang around despite horrific turnover woes early in the game.

After NJIT started the game with four turnovers and a missed shot, the Wolverines managed just an 8-0 lead. Michigan should have led by more, but instead its lackadaisical play gave the Highlanders the inkling of hope that they so badly needed. The first half was close throughout and in the second half, the wheels fell off for John Beilein’s group.

The Wolverine offense went cold – failing to score for over seven minutes midway through the half – and NJIT put together a 13-0 run to take a seven point lead. Michigan answered with a run of its own and recovered the lead, but the Highlanders answered back by making 7 of their final 11 shots from the field including three incredible three-pointers from Damon Lynn.

Michigan had chances down the stretch, but NJIT finished out the game. Caris LeVert – who was otherwise terrific with 25 second half points – turned the ball over down one with 44 seconds to play and Michigan was unable to secure a defensive rebound after NJIT missed with eight seconds to play.

Michigan’s offense scored 1.19 points per possession, but never seemed to control the game. The Wolverines looked disjointed and were rarely able to find the quick strike offense that defines their greatest success. The offensive attack was largely predicated on isolation basketball and easy baskets were few and far behind against a NJIT defense that played very well.

While the flow of Michigan’s offense might have been frustrating, it still should have been good enough to win the game. Michigan’s offensive performance was almost identical to its season averages of a 52.7 eFG%, 14.5% turnover rate, 31.6% offensive rebound rate and 28.9% free throw rate.

The game was lost with defense.

In the first half, NJIT’s hot shooting was masked by turnovers and a lack of offensive rebounds and free throws. In the second half, the Highlanders kept on shooting and managed to fix all of their first half troubles. The result was one of the worst defensive halves that Michigan has played in years. The Wolverines surrendered a staggering 1.5 points per trip in the final 20 minutes and just couldn’t get the stops they needed down the stretch.

Michigan’s defense struggled to do just about anything other than grab defensive rebounds and then when it mattered most, it couldn’t do that either. The Wolverines were abused defensively in baseline out of bounds sets, backdoor cuts and simple perimeter action. The help defense against NJIT’s dribble-penetration and ball screens was generally absent – Michigan now ranks 292nd in block percentage – and the Highlanders even managed to stop turning the ball over in the second half.

It’s tough to figure out what to make of this Michigan team. The Wolverines lack experience, they lack depth and have major defensive concerns. They also have enough top-end perimeter talent to hang with just about anyone on the country on any given day.

It’s tough to win a game when the opponent shoots 65% from three-point range.

Bad losses happen to good teams in college basketball. That’s no secret. Recent Michigan teams have been able to bounce back from losses to bad teams (Charlotte, at Penn State) and put together very good seasons. Losing to NJIT at home is worse than either of those two defeats, but there are still more than 20 games to play.

It’s tough to win a game when the opponent shoots 65% from three-point range. Michigan’s season isn’t doomed, but this game should serve as the ultimate teaching point for Beilein over the next four months. The Wolverines aren’t good enough to coast through games and there’s no questioning that after this ‘humbling’ home defeat.