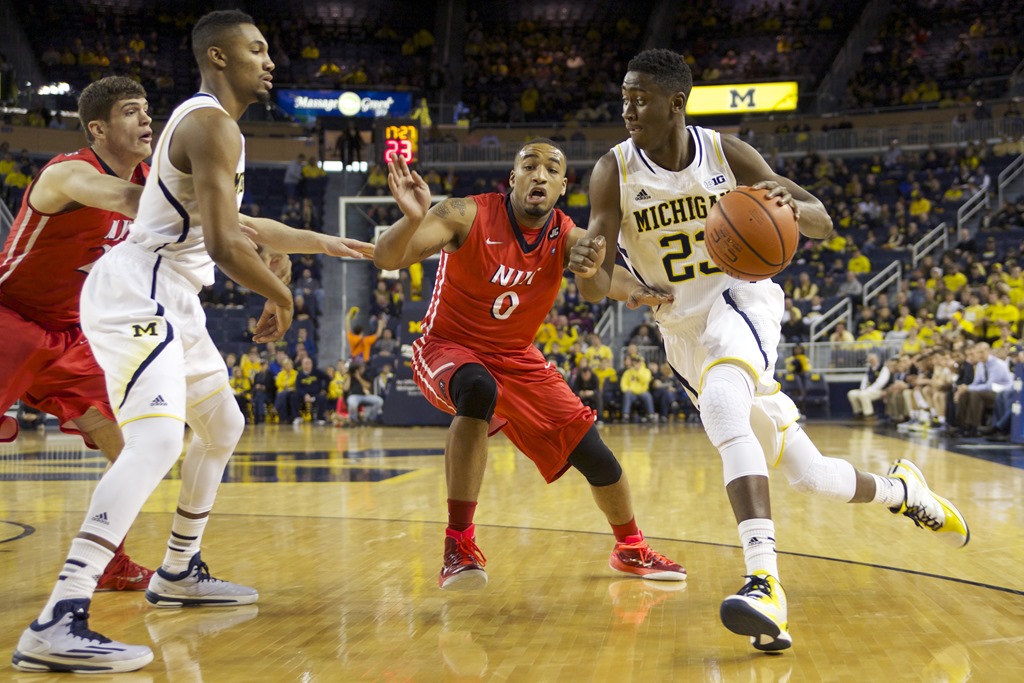 An upset Saturday was so unlikely that NJIT coach Jim Engles was left without an explanation following his team’s 72-70 win over Michigan.

“I may appreciate winning more than anybody in the country,” he said. “When I go into a season — and I hate to say it this way — it’s hard to win one game, OK? I inherited a program where winning wasn’t a given.”

But yes, it really did happen. NJIT — the lone Division I team without a conference affiliation, one that had once endured a 51-game losing streak and had never even played a Top 25 team — beat the 17th-ranked Wolverines.

“Coming into this season, I kind of penciled this one in as an ‘L,’ ” Engles said. “I’m going to have to readjust my whole process here. We just beat Michigan. I don’t know, maybe we should be in the Top 25, right? I don’t know what to tell you.”

Then Engles left the Crisler Center media room, and in walked John Beilein, Derrick Walton, Caris LeVert and Zak Irvin. They too struggled to find words to describe how the team with KenPom’s 265th-ranked defense had made crucial stops and how the 290th-ranked offense had torn them up.

“This is something that is humbling,” Beilein said. “We have to grow through it, through that humility.”

Did the Wolverines overlook the Highlanders? Beilein claimed they hadn’t, though he admitted fatigue was perhaps a factor. What happened to the defense? Beilein said Michigan allowed too much inside penetration, but that there was nothing it could do on some of Damon Lynn’s late three-pointers. Why did Kameron Chatman and Irvin – a combined 2-of-17 from the floor — struggle so much? Beilein explained it was just a “bad night,” and that both had shown much better things in practice.

But no words could hide the unthinkable, that NJIT had indeed come into Crisler Center and beaten the Wolverines.

“Over the time that I’ve been here, there’s moments in the season that make you a lot better,” Beilein said. “My hope is this will be one of them.”

Though embarrassing, an early defeat is far from devastating. Last season, for instance, the Wolverines lost to Charlotte in the Puerto Rico Tip-Off and proceeded to win the Big Ten outright for the first time in nearly three decades.

Admittedly, that was at a neutral site, against a team that was still much better than NJIT, and the Wolverines were plagued by injuries. But Michigan still has opportunities for non-conference statements in games at Arizona and against SMU before conference play begins.

“It’s just a learning experience,” LeVert said. “We’ve got to get better from it, watch the film. We’ve gone through things like this in the past couple years, so we gotta wake up from it.”

Added Walton: “I think the intensity was there. We had mental lapses at times. Like I said, all the guys in the locker room care for each other. It hurts to see each and every one of us down in the locker room, so when we watch that film, we need to embrace the fact that we made some mistakes and capitalize on them the next time we play.”

Some of the improvement will come naturally. Walton has been limited in practice as he recovers from a sprained toe, and he had four turnovers against the Highlanders. And Irvin’s track record suggests you won’t see many more 2-for-11 shooting nights from him.

But Beilein admits he needs more involvement from freshmen Aubrey Dawkins and Muhammad-Ali Abdur-Rahkman to improve the team’s depth.

“Maybe it’s my fault,” Beilein said. “I’ve got to put them in the game to find out. We haven’t seen it in practice, the type of efficiency that would lend to game play yet in a couple of areas. We have to keep working in practice. When I see it in practice, get in there. But it is a thing, we have to develop this bench right now.”

The NJIT loss is ugly, and it could become an even uglier blemish as the season progresses. Right now, it even borders on unexplainable. But Beilein has a history of shaping raw teams into contenders as a season progresses — and his talk of using the game as a lesson might be more than just typical coach speak.