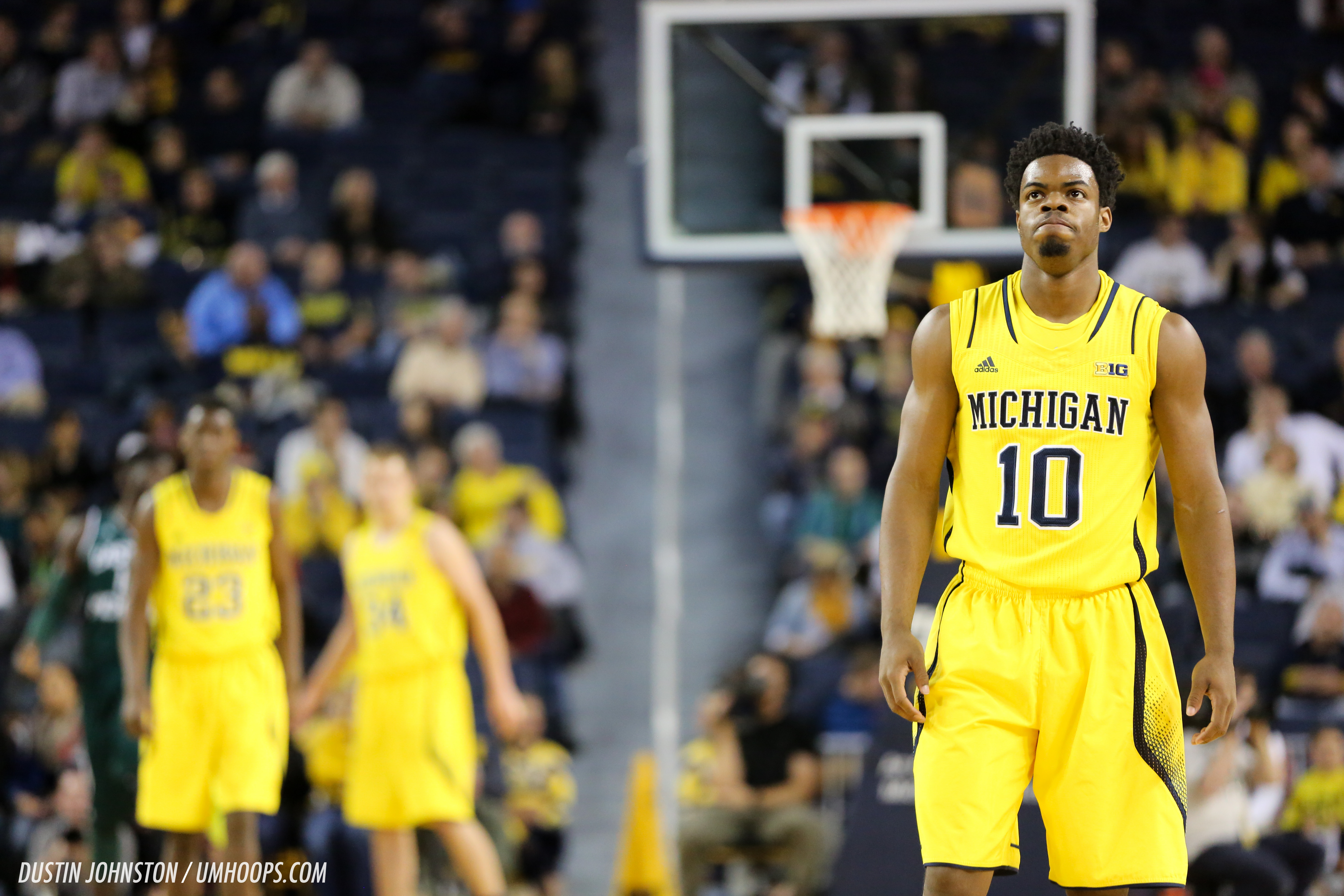 The last six years of Michigan basketball have been littered with slumps and tough losses, but it will be difficult for Michigan to dig out from underneath its recent three game losing streak to NJIT, EMU and Arizona.

In the best of times and the worst of times, it always comes back to the process for John Beilein.

“We’ve been here before and our great teams have been in this exact same spot before,” Beilein said after Michigan’s humbling loss at Arizona. “This is just part of the process. We just have to keep getting better throughout the process.”

Beilein has been coaching for a while now and he’s learned a thing or two along the way. He knows how to build a winning team and program and he’s preached his process for years since he arrived in Ann Arbor.

Early on during Beilein’s tenure at Michigan, there were times when it seemed like his process might have lacked the punch to be successful and, at times, the process hasn’t always worked. But at this point, it’s impossible to argue with the overall results.

Things look incredibly bleak for Michigan’s young team right now. The point guards are hurt, the young big men are struggling and the star players aren’t producing at the level expected. Does Michigan have a vocal leader? Can the Wolverines get any offense created around the basket? How can such a young frontcourt pose a legitimate defensive threat in the Big Ten?

There are far more questions than answers right now. But for better or worse, stretches like this have always been part of the process.

The last six Michigan basketball seasons have all featured weeks or months that were at least somewhat similar. Whether it was a slump in a previously promising season, or a moment where Michigan finally snapped out of a season-long rut. In five of the last six years, Michigan righted the ship in remarkable fashion.

2009 – Michigan loses seven of nine games over a month period starting in mid-January, but the Wolverines manage to finish the year with a .500 conference record and win a game in the NCAA tournament.

2012 – Michigan fails to win consecutive games between throughout January and early February, only to bounce back and win six of its final seven en route to a share of the Big Ten Championship.

2013–  Michigan loses six of its final 11 games, including a loss to a Penn State team that was 0-14 in Big Ten play, and loses the Big Ten Championship at the buzzer. Two weeks later the same team puts everything together and advances to the National Championship.

2014 – Michigan loses four non-conference games, including one to an average Charlotte  team in Puerto Rico, and learns that Mitch McGary will be sidelined indefinitely in late December. The Wolverines respond by rattling off 10 straight wins and win the Big Ten by three games and advance to the Elite Eight.

Beilein would swear that those losses were the most important part of the process that led to where those teams ended up. But while Michigan has been here before, it might be facing an even more difficult turnaround than in recent seasons.

The last time Michigan lost three consecutive games was in January of 2011. The last time Michigan lost to two teams ranked outside of the KenPom top-100 was 2010, when Michigan failed to reach .500. Those were both milestones that the Wolverines thought they had left in the past. After snapping that January streak in 2011, Michigan has been arguably the class of the Big Ten since then, accumulating a 48-17 record in conference play and winning two league championships.

While the Wolverines have gone through rough patches before, this scenario looks much more similar to the 2011 team than the ’12, ’13 or ’14 groups, and that season was perhaps the most miraculous turnaround during Beilein’s tenure. Losing to NJIT and Eastern Michigan at home then suffering a drubbing on national TV is up there with this program’s worst weeks in the last few years.

There are problems with this team that aren’t going to be fixed over night. Nik Stauskas, Jordan Morgan or Glenn Robinson III isn’t coming back to help and the Wolverines are going to have to improve from within. On the other hand, Michigan’s players are all capable of playing better basketball than they have over the last week. This is the same team that beat Oregon and Syracuse and battled Villanova to the buzzer.

The talent is there, but there’s not much time left to put it all together.

The good news is that now John Beilein can point to his process and his players have no choice but to listen. There’s little question that the process works and that credibility should count with this young team. While convincing past teams to heed his guidance might have been a chore, Beilein can point to the Big Ten Championship and the Final Four banners in the rafters of the Crisler Center and get this young team’s attention.

A win at Arizona was never likely, but the Wolverines have to start digging themselves out of this hole sooner than later. Saturday’s home game against SMU is a good start. The Mustangs are a good team, but they are a team that Michigan can beat at home – even if All-AAC big man Markus Kennedy returns from his semester-long suspension before the game.

Similar to Michigan’s game against Stanford last season, this is the chance to create some positive momentum heading into conference play. Before the January 1st, Michigan hosts SMU, Coppin State and Illinois.

Win those three games and the Wolverines will have a shot of confidence before heading out on their first Big Ten road trip to Purdue and Penn State. Drop one or two more games before the calendar turns to 2015 and suddenly Michigan finds itself even further behind the eight-ball.

The process hasn’t let John Beilein down yet, but this season might be its biggest test yet.