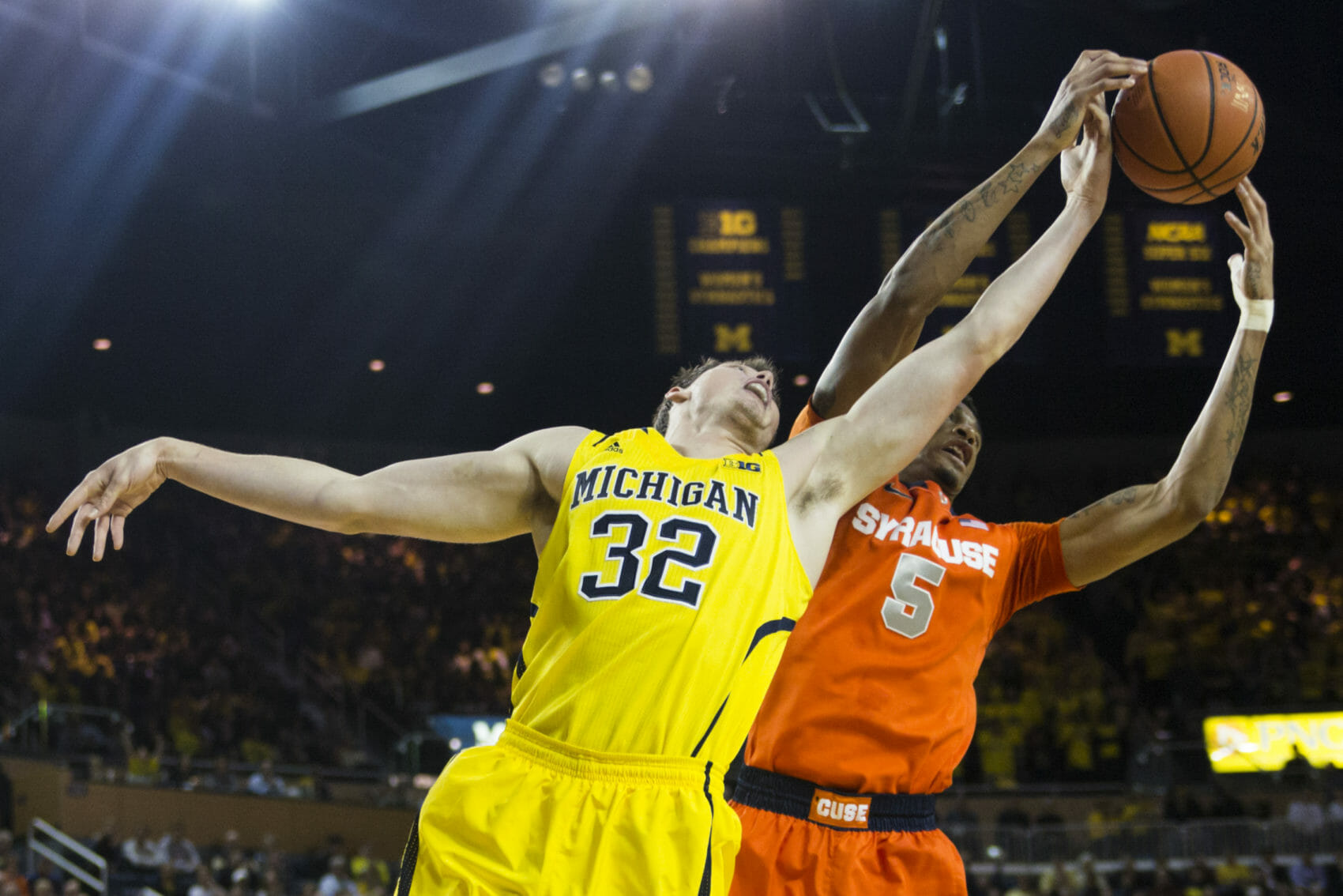 Ricky Doyle could start against SMU on Saturday, Caris LeVert is holding his ground as a consensus first-round pick and the status of SMU stars Nic Moore and Markus Kennedy is up in the air ahead of Saturday’s matchup.

Michigan big man Ricky Doyle could be set to make his first start of the season on Saturday.

John Beilein said his freshman big man “will probably start the next game,” while discussing Doyle on his weekly radio show last night.

Despite struggling against Arizona’s massive and athletic front line, but has showed promise during his first nine games. Doyle has slumped a bit in the last three games, averaging just five points per game, and inserting him into the lineup could help spark his production going forward.

6-foot-9, 245 junior Markus Kennedy was one of the best players in the American Conference last season. Kennedy was a dominant rebounder, shot blocker and defender and a major reason that SMU was picked as a preseason top 25 team – even after news the Emmanuel Mudiay would be playing basketball in China not Dallas this year.

Kennedy was ruled ineligible for the first semester due to academic reasons and has been sidelined ever since. SMU’s exam schedule runs through December 17th, but the official close of the term is December 20th — when the Mustangs will face Michigan. Kennedy wasn’t at practice on Tuesday and there’s been no official word as to when he’ll make his return.

An #SMU official told me there's no change in status as of now for F Markus Kennedy. MK has an exam today so I'm not expecting him to play.

There are still questions about not only when, but if, Kennedy will be eligible this season. However, it’s not outside the realm of possibility that he could make his return against Michigan as SMU’s exams will be complete.

Yanick Moreira, a 6-foot-11, 220 pound senior, has stepped up in his place. Moreira is playing major minutes at the five position, rebounding well and blocking his fair share of shots. He’s been happy for the opportunity, but hopes Kennedy can return soon.

“Every time I’ve made a mistake I’ve had Markus (Kennedy) in my corner telling me to just keep playing, move to the next play, and that’s helped me a lot,” Moreira said. “We feel comfortable right now. We’ve won four games straight but we’re trying to get to five, six and keep going. I hope we get Markus back before we go for Christmas break.”

While Markus Kennedy’s suspension has been highly publicized, the Mustangs’ leading scorer, point guard Nic Moore, is also recovering from an injury.

Moore suffered a bone bruise in an overtime win over UC Santa Barbara and is still recovering. Moore is questionable for SMU’s game against Illinois Chicago this evening.

The Mustangs will face UIC tonight at 8:00 p.m. (CBS Sports Network) in what should be a good opportunity to gauge Moore’s health. Moore may be limited on Saturday, but it would be surprising if he sits given that Saturday’s game will be nearly two weeks after the original injury.

Chad Ford has Caris LeVert slotted at No. 19 in his latest mock draft. Ford praises LeVert’s passing ability and notes that he is lacking the supporting weapons he had last season.

LeVert is having a nice season for Michigan, but not a lot of people are going to notice unless Michigan starts winning some basketball games. Statistically he’s been pretty remarkable when you consider that he doesn’t have much offensive help on the court. His assist total would be much higher if he actually had anyone to pass it to. As arguably the best passing wing in the draft, LeVert will draw interest regardless of how poorly Michigan plays, but it’s a shame that he doesn’t have Mitch McGary and Glenn Robinson III to flank him anymore.

Ford also has Zak Irvin ranked No. 48 on his latest rankings. DraftExpress has LeVert projected in the lottery as the No. 13 pick in the 2015 Draft.