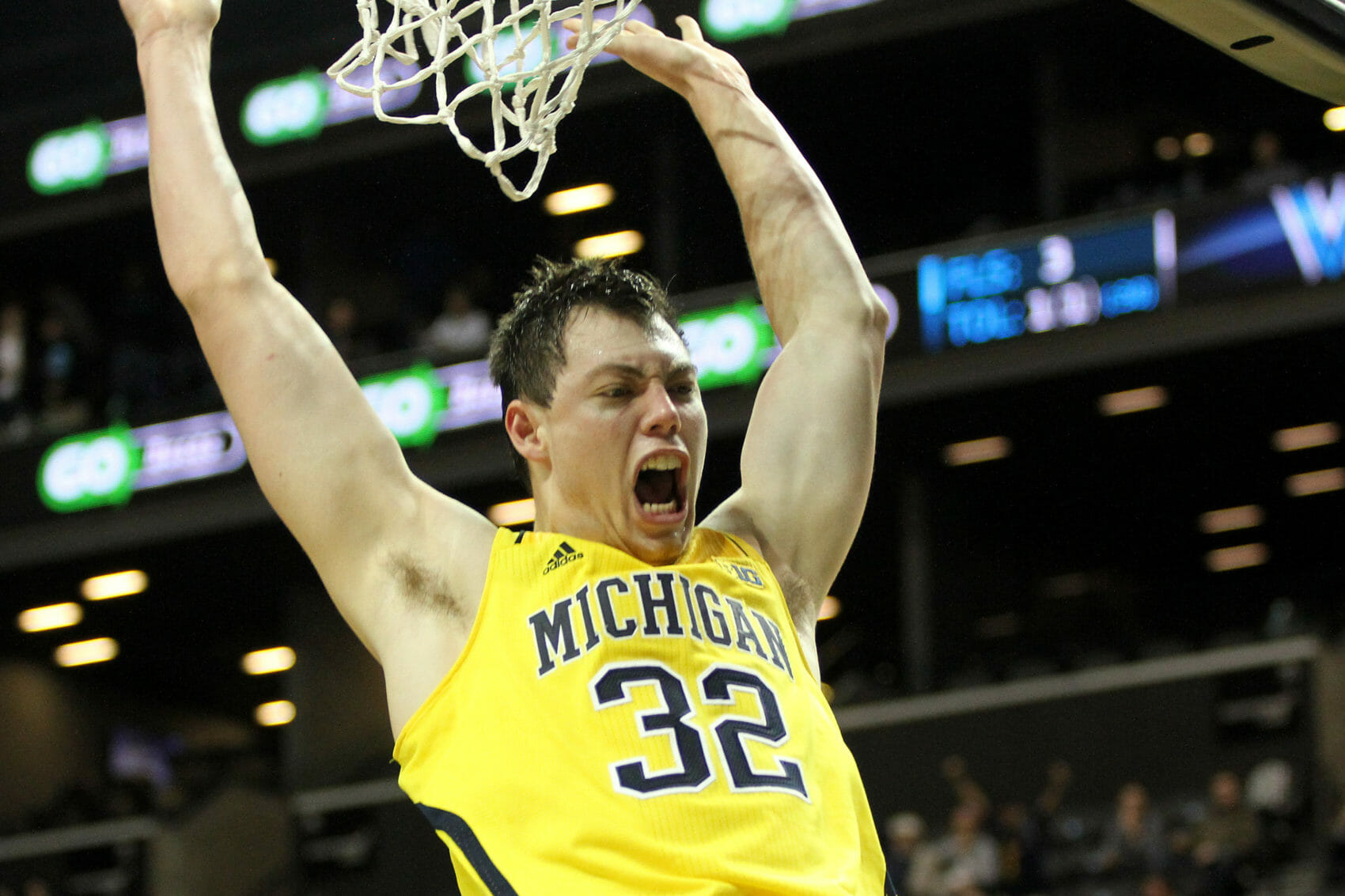 It seems as if Michigan will get its wish of facing a high-caliber opponent: Markus Kennedy, a 6-foot-9, 245-pound junior center, will reportedly make the trip to Ann Arbor. The Wolverines will also have a shift in their lineup as Ricky Doyle is expected to earn the first start of his college career.

It’s official, or at least as close to official as we’ll get before the lineups are announced: Ricky Doyle will earn the first start of his Michigan basketball career Saturday against SMU.

The reason, as John Beilein explained Friday afternoon, is pretty simple. He wants to have the five best players on the court at the beginning of each game, and, right now, Doyle is the Wolverines’ best option at center.

“We watched film today. He’s really played very well,” Beilein said of Doyle. “He’s improved in a lot of areas. That would be good to assume [that Doyle is starting.”

It will mark the first change to Michigan’s starting five that’s not a result of an injury.

One of the concerns with starting Doyle is his fitness. Though Beilein said the center is in good shape, the coach admitted Doyle “gets tired very quickly” because he plays such a physical position.

“It is tough to be an antelope,” Beilein said. “Just running up and down the floor for him is a little more difficult than it would be for Caris [LeVert].”

But the risk of tiring Doyle out faster is one Beilein is willing to take.

“He’s played the best of any of the big guys so far,” Beilein said. “Let’s try one thing. Let’s just try the five guys that have played the best on the court right at the beginning. Let’s see if we can get Mark [Donnal] more comfortable with a role of, ‘Here’s what I do. I go in, and this is what I do, and I’m going to do it well. And I’m going to play as many minutes as coach will put me in there for.’ ”

And it seems as if Michigan will get its wish: Markus Kennedy, a 6-foot-9, 245-pound junior center, will reportedly make the trip to Ann Arbor.

#SMU has the entire team (minus Jordan Tolbert) up for the trip to Michigan. Big key to the #KennedyWatch question.

FWIW, I've been told that if you're not eligible, you can't travel. Good sign for Markus Kennedy and #SMU team.

SMU has yet to announce changes to the eligibility of any student-athlete, so Kennedy could remain sidelined because of his academic issues. But even if Kennedy can play, the Mustangs may have other problems as Embody hinted that other eligibility concerns could come to light.

Beilein said he has never faced a Larry Brown-coached team, and that one of the biggest challenges Saturday will be combatting SMU’s experience.

“We see a little Carolina action, but we see a lot of pro action,” Beilein said. “We just see a lot of ball screens and what I call ‘naked pistols,’ which are just a side pistol with no help over there. A really good system that is very hard to scout, because they’ll show you one thing and do another.”

Walton has shot just 5-for-15 with no three-pointers in Michigan’s last two contests, losses to Arizona and Eastern Michigan.

Part of the problem, Beilein said, is that the sophomore guard is still recovering from the sprained toe he suffered against Villanova on Nov. 25. Because Walton hasn’t been practicing at full-speed, he has sometimes looked tired and sluggish, especially later in games.

But another part of the issue has been Walton’s playing style. Beilein said the guard “hasn’t been as assertive” as he could be, both offensively and defensively.

“He is a pass-first point guard, and this is new for him,” Beilein said. “He’s trying to set up others, he’s trying to score points. A lot is coming for a 19-year-old.”

After Monday’s Coppin State game, the Wolverines will have three days off, and Beilein hopes that will help Walton recover fully.