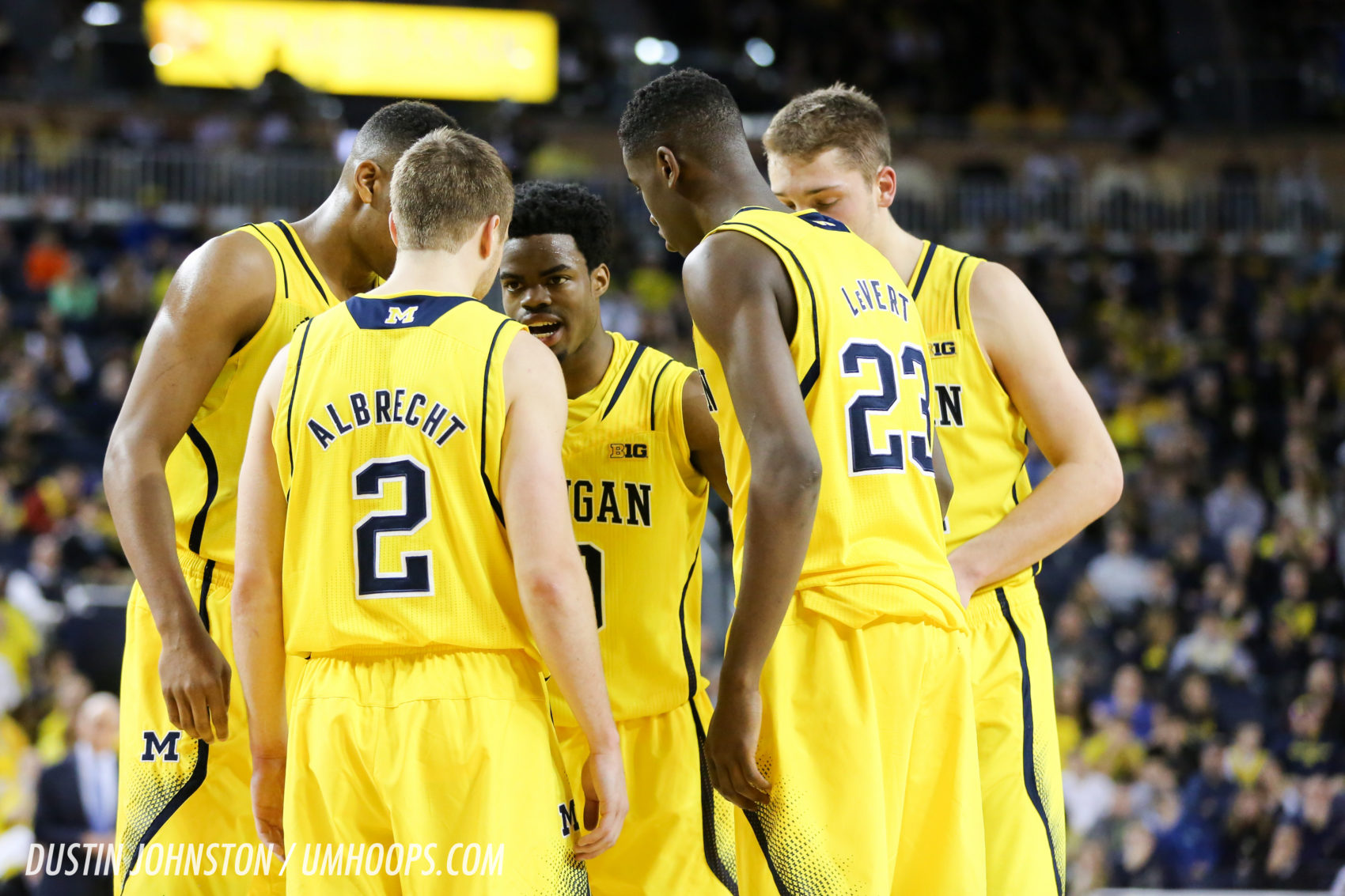 Michigan lost its fourth consecutive game on Saturday afternoon at the Crisler Center as SMU used a 17-3 run over the games final 7:30 to beat the Wolverines, 62-51. Michigan’s offense cost it the game once again as it fell to 6-5 on the season.

Michigan is a broken team.

After watching the best offense in the country for two years running, it’s a painfully harsh realization to remember what bad offense looks like.

For the third game in a row, Michigan’s jump shot heavy bricked its way into another loss.

The Wolverines were able to put together flashes of strong play on Saturday afternoon at the Crisler Center, but those stretches never lasted and they were never able to maintain any sort of consistent effort on offense and defense.

Michigan came out flat and fell behind, then clawed back into the game and trailed by three at halftime. Michigan came out of the halftime break with even less effort, execution and focus and fell behind by ten.  But the Wolverines put it together once again, made a run and showed some fight on the back of Mark Donnal, who finished with 13 points.

Michigan managed to take a 48-45 lead inside of eight minutes and looked like it could be on verge of a needed win. Then the Mustangs broke the game open.

The Wolverines scored just more three points over the game’s final seven minutes and change as SMU reeled off a 17-0 run to walk out of the Crisler Center with an easy 62-51 victory.

Michigan couldn’t score and its defense finally gave way. Michigan missed jump shot after jump shot as the Mustangs finally stopped turning the ball over and answered Wolverine misses with easy layups at the rim. The Wolverines were beaten into submission for the fourth consecutive game and continue to fall further behind the eight-ball before the calendar can even reach 2015.

Michigan’s offense is worse than anyone could have imagined before the season started — or even imagined two weeks ago.

The following graph helps illustrate just how bad Michigan’s offense has been over the last three games by plotting the Wolverines offensive output over the last six seasons (including this year) compared to a 1.00 point per possession benchmark.

Simply put, the Wolverines have lost their confidence, fire and belief. In November at the Barclays Center, this team believed it was good enough to beat Villanova. A month later? This group is probably wondering whether they can beat Coppin State on Monday night.

Offensively, Michigan kept firing up three-point attempts and kept missing them. Two-thirds of Michigan’s field goal attempts were triples and it made just 22% of them. When you shoot 36 threes there are always going to be a few bad ones – but Michigan missed them all. Open, guarded, off the dribble, early in the clock or late in the clock.

While there have been times that Michigan hasn’t been able to get good shots, or takes too many early shots, there have also been a whole lot of missed wide open shots.

Free throws were yet another concern. SMU got to the free throw line more often despite Michigan entering the bonus half way through the second half and the Wolverines missed a pair of critical front-ends of one-and-ones in the second half. Michigan was also plagued by uncharacteristic turnovers, giving the ball away on 21% of its offensive possessions, and was just never able to get on the same page.

Michigan held SMU to .92 points per possession, but that was primarily due to SMU’s tendency to just throw the ball away. The Wolverines used some good traps and double-teams, but the Mustangs gave the ball away on 30% of their possessions and many of those were self-inflicted wounds. Michigan’s inability to deal with any competent big man continued to rear its ugly head as Yanick Moreira finished with 19 points on 7-of-9 shooting and the Mustangs rebounded 37% of their misses on the night.

Michigan was held without a fastbreak point once again, despite SMU’s turnover problems, and the Mustangs outscored the Wolverines 34-10 in points in the paint.

The players that aren’t ready right now aren’t going to become ready overnight. The ball screen offense is non-existent. Derrick Walton and Spike Albrecht are both visibly injured. LeVert might be a first round pick in time, but he’s just 7 of his last 29 from the field. There don’t appear to be any legitimate options off the bench waiting for an opportunity. The only way Michigan is going to get any better is to have the players that are playing now start playing a lot better.

The biggest question is who is going to lead this team? Right now there’s nobody that seems to even want that responsibility.

Is it possible for Michigan to turn it around and reel off a winning streak? Sure, but there’s not really a great reason to believe it’ll happen any time soon.