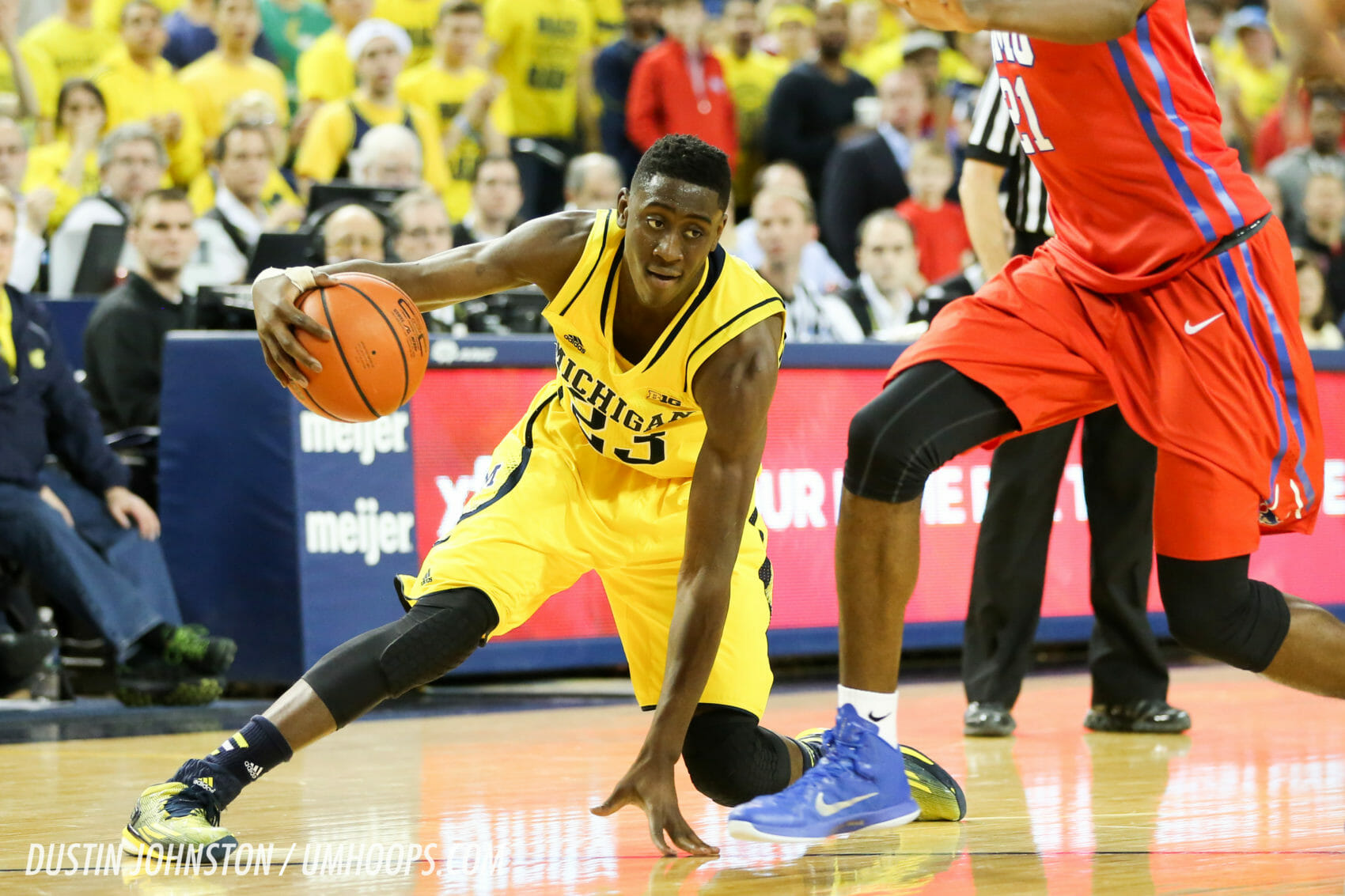 After losing four straight games, Michigan will welcome a quick turnaround and a chance to get a win before Christmas. The Wolverines will face a Coppin State team known for its fast pace, poor shooting defense and 3-point focused attack.

After losing four straight games, Michigan will welcome a quick turnaround and a chance to get a win before Christmas. The Wolverines are hosting the Coppin State Eagles this evening in arguably their easiest game of the 2014-15 season.

Coppin State heads to Ann Arbor with a 1-9 record and its only win was at home over Goldey Beacom – a 3-8 Division II squad. The Eagles have had over a week to prepare for Monday night’s contest and have also had plenty of experience against high-major foes this season.

Coppin State has already traveled to Oregon, Illinois, Notre Dame, Denver, Hofstra and Connecticut — their closest defeat of the season was 84-76 at Towson, while they gave up over 100 points in five different road defeats this season.

Coppin State plays at fast and furious tempo. The Eagles average 75.6 possessions per game, making them the third-fastest team in Division 1 according to KenPom. The Eagles don’t do a whole lot well, but they aren’t afraid to get out and run. They also prove that turnovers aren’t always correlated with tempo. Coppin State actually does a good job of valuing the basketball and gives it away on only 18.3% of its offensive possessions.

CSU plays even faster than it did a year ago, but it’s worth noting that the Eagles’ game at Michigan last season was one of their slowest of the season with just 59 possessions.

The Eagles are also equally as reliant on the three-point shot as Michigan and attempt a long-range shot on 44% of their offensive possessions. The Eagles shoot a lot of threes, but that doesn’t mean they are a good shooting team. CSU is shooting 39.5% on twos and 30.5% on threes for the season for just a 42.3 eFG%. Essentially, CSU has shot as poorly as Michigan has over the last three games — except for the entire season.

Despite having such an up-and-down offense, Coppin State has gotten to the free throw line less than any other Division I team and attempts only 21.6 free throws per 100 field goal attempts.

The Eagles have also failed to make any impact on the glass this season and are ranked 317th in offensive rebounding and 343rd in defensive rebounding. The poor rebounding is likely a product of a very small team that ranks 342nd in average height.

Perhaps the best news for Michigan is that Coppin State has the worst effective field goal percentage defense in the country. CSU opponents are shooting 57.2% inside the arc and 47.2% outside (also worst in the country) for a 61.6 eFG%.

For a Michigan team that has simply struggled to see the ball go in the basket, especially from three-point range, the chance to play an up-and-down team that can’t defend the three is a wonderful Christmas gift. There have been times over the last two weeks where it looks like Michigan couldn’t have made an open shot while practicing five-on-zero, but CSU is the best chance to build any semblance of confidence before conference play.

CSU plays a deep bench due to their fast-paced style of play and reserves account for 39.8% of available minutes. Nine Eagles play at least 10 minutes per game and none average more than 26.5 minutes.

Arnold Fripp, a 6-foot-7 senior, leads CSU in scoring and rebounding with averages of 13 points and five rebounds per game. Fripp shoots 52% inside and 34% outside and just under half of his field goal attempts are threes.

5-foot-10 guard Taariq Cephas starts at the point guard spot and his assist-to-turnover ratios are solid while his shooting numbers (42% on twos, 34% on threes) are fairly pedestrian. The aptly named Daquan Brickhouse shoots just 36% on twos and 28% on threes, but the 5-foot-8 guard also has above-average assist to turnover numbers

Sterling Smith attempts two-thirds of his field goals from outside the arc, but is just a 29% three-point shooter and a 56% two-point shooter. A change of focus might be best for the 6-foot-4 junior, who also appears to be one of CSU’s better defenders.

6-foot-9 big man Lawrence Fejokwu has started at the center position for the past eight games, but he’s an average rebounder and is just 7-of-23 from the floor. Jerimyjah Batts, 6-foot-9 and 255 pounds, and Brandon St. Louis will also see time at the five spot, but are a combined 29% from the floor.

This is about as close to a guaranteed win as you can get — but Michigan’s loss to NJIT and Michigan State’s loss to Texas Southern are a stern reminder that anything is possible — and Michigan needs the tune up as bad as ever. KenPom projects a 82-60 Michigan win and gives the visiting Eagles just a 3% chance at the upset.