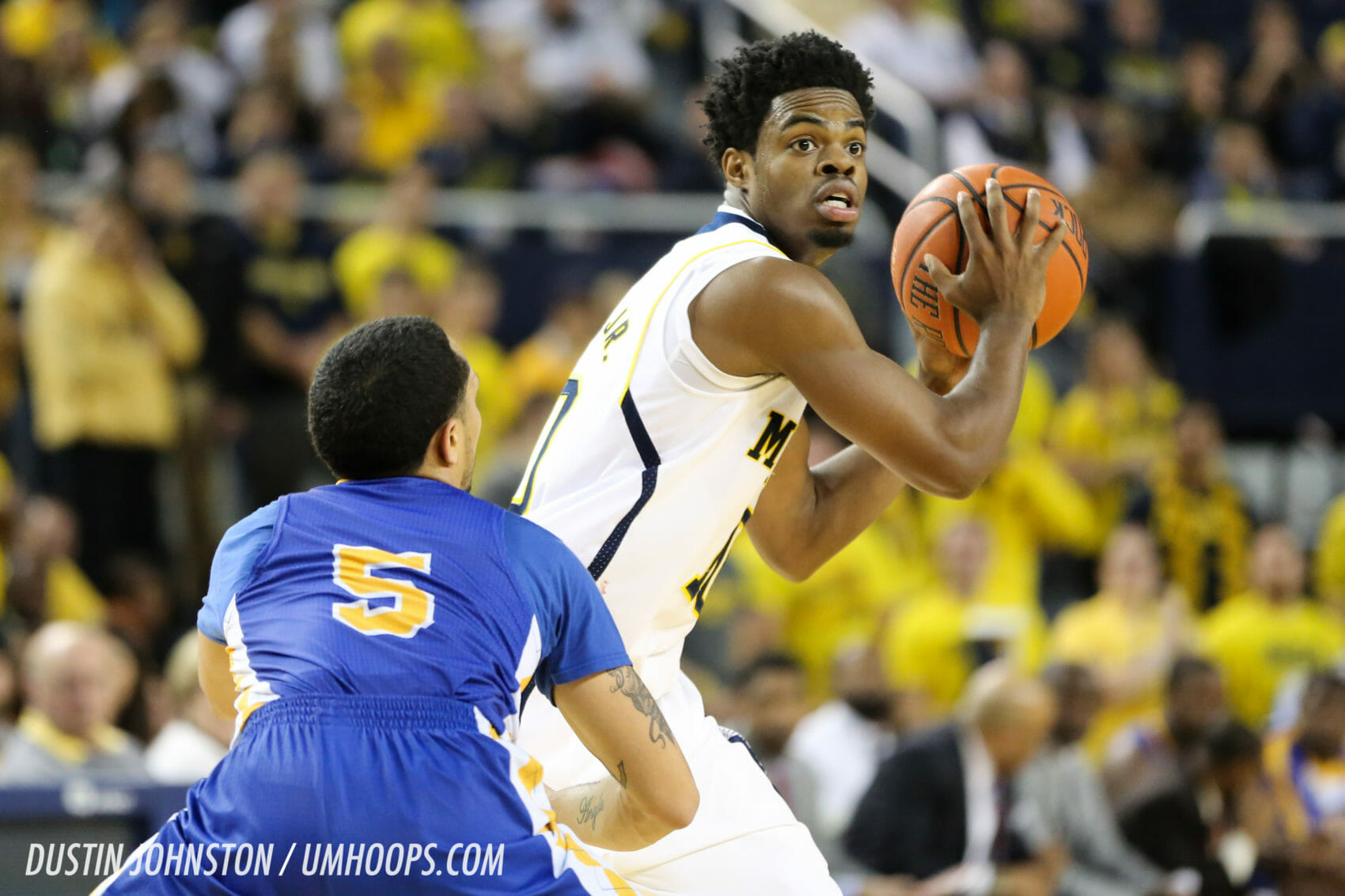 “Right before the tip, I kinda huddled the guys up and said, ‘Continue to love the game. That’s the reason you play. Go out there and have fun,’ ” Walton recalled.

Derrick Walton knew the Michigan basketball team was frustrated with its four-game losing streak, and he knew it couldn’t afford another defeat.

So before the Wolverines took the court Monday night against Coppin State for their last non-conference contest, the sophomore point guard gathered his teammates to deliver a message.

“Right before the tip, I kinda huddled the guys up and said, ‘Continue to love the game. That’s the reason you play. Go out there and have fun,’ ” Walton recalled after the 72-56 win. “The last couple of games, you could tell guys were real tense and overthinking some things. I think once I pitched that out to them, they never really second-guessed themselves. You see a lot of guys making the plays they’re used to making.”

It was, of course, just Coppin State — which is without a win over a Division I opponent. Nonetheless, the Wolverines’ 21-3 run to open Monday’s game made quite the statement.

On their first possession, Walton found freshman Ricky Doyle alone inside for an easy lay-in. Then the Eagles coughed the ball up and Caris LeVert drove for a layup of his own. Following a missed Coppin State three, LeVert handed the ball to Zak Irvin behind the arc, and he rattled home a triple.

It was 7-0 after just 62 seconds, and Michigan coach John Beilein was already feeling optimistic about the rest of the night.

“I liked the way we ran up and down the floor, and obviously, Zak hitting his shot is big too,” Beilein said of the fast start. “I had those things with Tim Hardaway: If I saw him hit one, I knew it could be a really good night.”

And there were a pair of other positive signs from the Wolverines in the opening minutes.

Walton, who assisted on Doyle’s game-opening layup, delivered dimes on six more buckets in the first half alone, part of a career night in that category. The point guard also contributed with nine points, five rebounds and a block.

But perhaps most reassuringly, Kameron Chatman had among the best shooting nights of his young career, finishing with nine points on two three-pointers, a cutting layup and a free throw earned while driving into the paint.

His first bucket came on a possession kept alive by two offensive rebounds after Coppin State’s early timeout. Chatman delivered a pass to Doyle at the free throw line, then cut across the paint, received a feed from Irvin and finished the left-handed lay-in.

It began what became a solid shooting night for the freshman forward, who had recently delivered what Walton called “appalling” performances given the skill Chatman has shown in practice.

“In practice, you give him an inch, he makes it every single time,” Walton said. “My main thing, and the older guys’ main thing, is to just let him know, ‘We’ve seen you make that shot. So never hesitate to shoot when you’re open. Play the same way that got you here.’ ”

And following Walton’s pregame message, with everyone clicking on all cylinders, Michigan jumped to an 18-point lead just six minutes in and cruised to an easy — and, at times, fun — victory.

“No one likes losing the way we have,” Beilein said. “I think [the pregame message] was along the lines of, ‘Let’s have some fun.’ When you win, it’s fun. People don’t have fun when they’re in comfort. They have fun when they overcome challenges. We have a huge challenge in front of us, just to grow this team. That was fun for many of them tonight.”