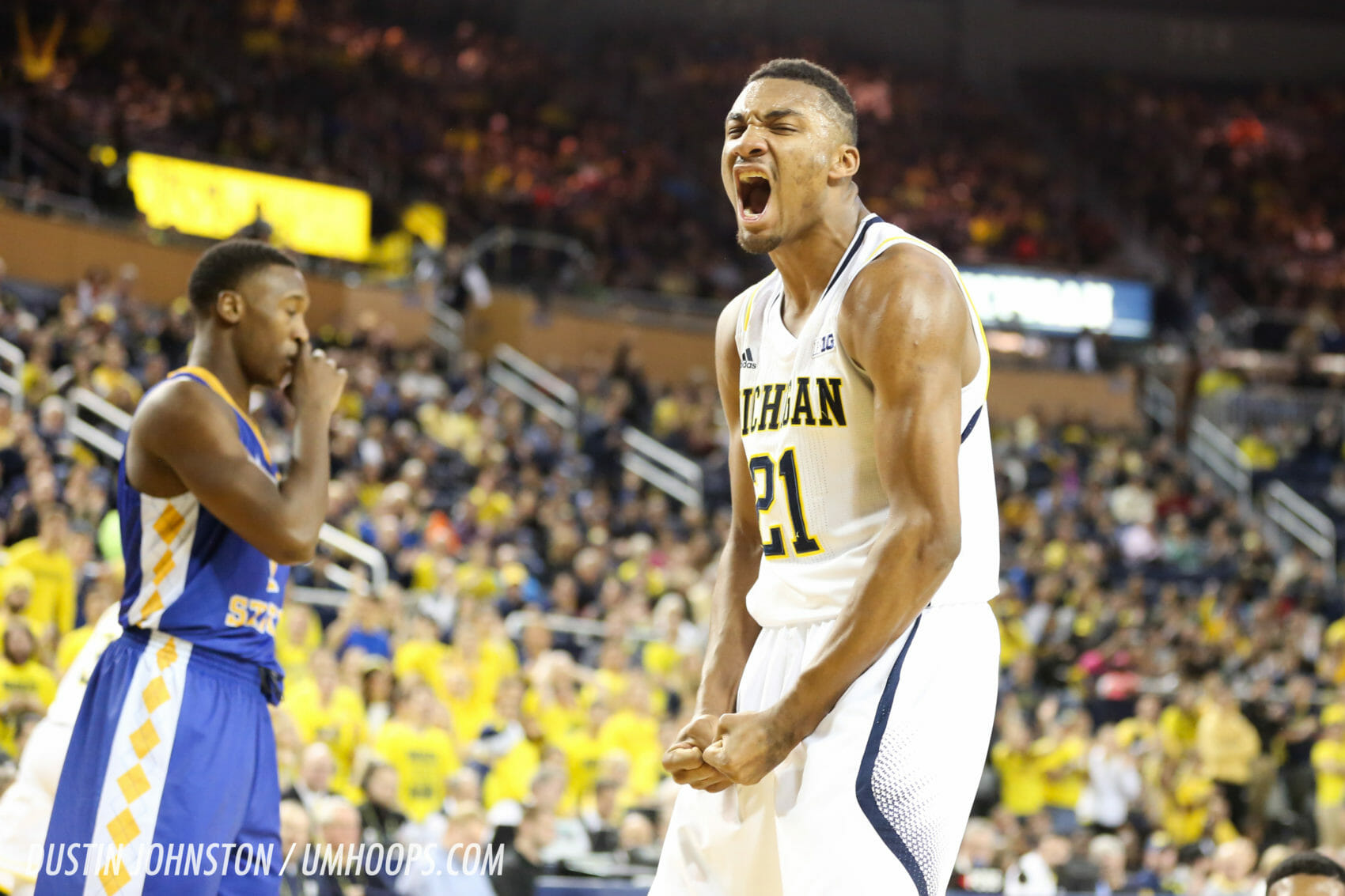 John Beilein said Monday afternoon that the Wolverines have been taking extra precautions with “three or four” players during practice because they’re still not at 100% while sophomore wing Zak Irvin made some tweaks to his shooting form over Christmas break.

The Michigan basketball team may have had three days off during Winter Break, but they still won’t be fully healthy for Tuesday afternoon’s Big Ten opener against Illinois.

John Beilein said Monday afternoon that the Wolverines have been taking extra precautions with “three or four” players during practice because they’re still not at 100%. Though he didn’t disclose names, he said all of them will play against the Fighting Illini.

Spike Albrecht has been dealing with an undisclosed lower body injury, which is expected to bother him throughout the season, and Derrick Walton has been recovering from a sprained toe. Caris LeVert has also been wearing a wrap on his hand over Michigan’s last several games. It was unclear to which other players Beilein was referring.

“It’s been good,” Beilein said. “We have gotten a little bit better. You’re worried in practice about fatigue and re-inury. What we tried to do with them, especially today — Aubrey, Muhammad, Kam don’t come off the court. Let Caris, Zak, Derrick and Spike rotate.

“We need this guys, twofold — to develop those [freshman], and to prevent those guys from further injury.”

Meanwhile, freshman DJ Wilson has been cleared for halfcourt non-contact drills, but Beilein said the forward is still several weeks away from returning to all basketball activities. As a result, the coach alluded to Wilson redshirting, unless he can be a “difference-maker.” While he recovers, Wilson has been spending significant time with strength coach Jon Sanderson.

“Good things are happening,” Beilein said. “There are reasons for everything.”

Zak Irvin hasn’t been Michigan’s best option from three-point range lately. He’s shooting 36.6% from deep, though he had a 3-for-7 night against Coppin State last week.

Earlier this month, Beilein said he would wait until Winter Break to work with Irvin on his mechanics, which have resulted in a flatter shot — and more misses.

Monday, Irvin discussed what he has focused on during the time off.

“We’ve been working on it,” Irvin said. “Just be able to shoot up more, not have such a flat shot. My jump shot has been feeling pretty well, though. Hopefully I can get it going pretty well.”

Irvin said he didn’t notice a change in his mechanics until he watched film with Beilein.

“Just getting a lot of reps, honestly,” Irvin said. “And then also being able to watch film and be able to see my film and what errors I was having with it.”

The Wolverines’ game against Illinois has already been announced as a sellout — and not entirely because of what’ll happen on the court.

Reports have surfaced that Jim Harbaugh will address the crowd either before the contest or at halftime — possibly his first public appearance as Michigan’s football coach.

But Beilein is keeping mum about what festivities will take place tomorrow. Though he entered the press conference room commenting on the sparse media presence — “must be something else going on!” he joked — he later focused on preparing for the tough Big Ten test.

“I think that there’s enough going on my life just trying to beat Illinois right now to even worry about that,” he said. “I know everyone’s looking forward to filling that position, moving forward with it so we all can plan. If [Harbaugh’s introduction] is part of our game, it’s tremendous. If it’s not, guess what? It’s still going to be a great game.”