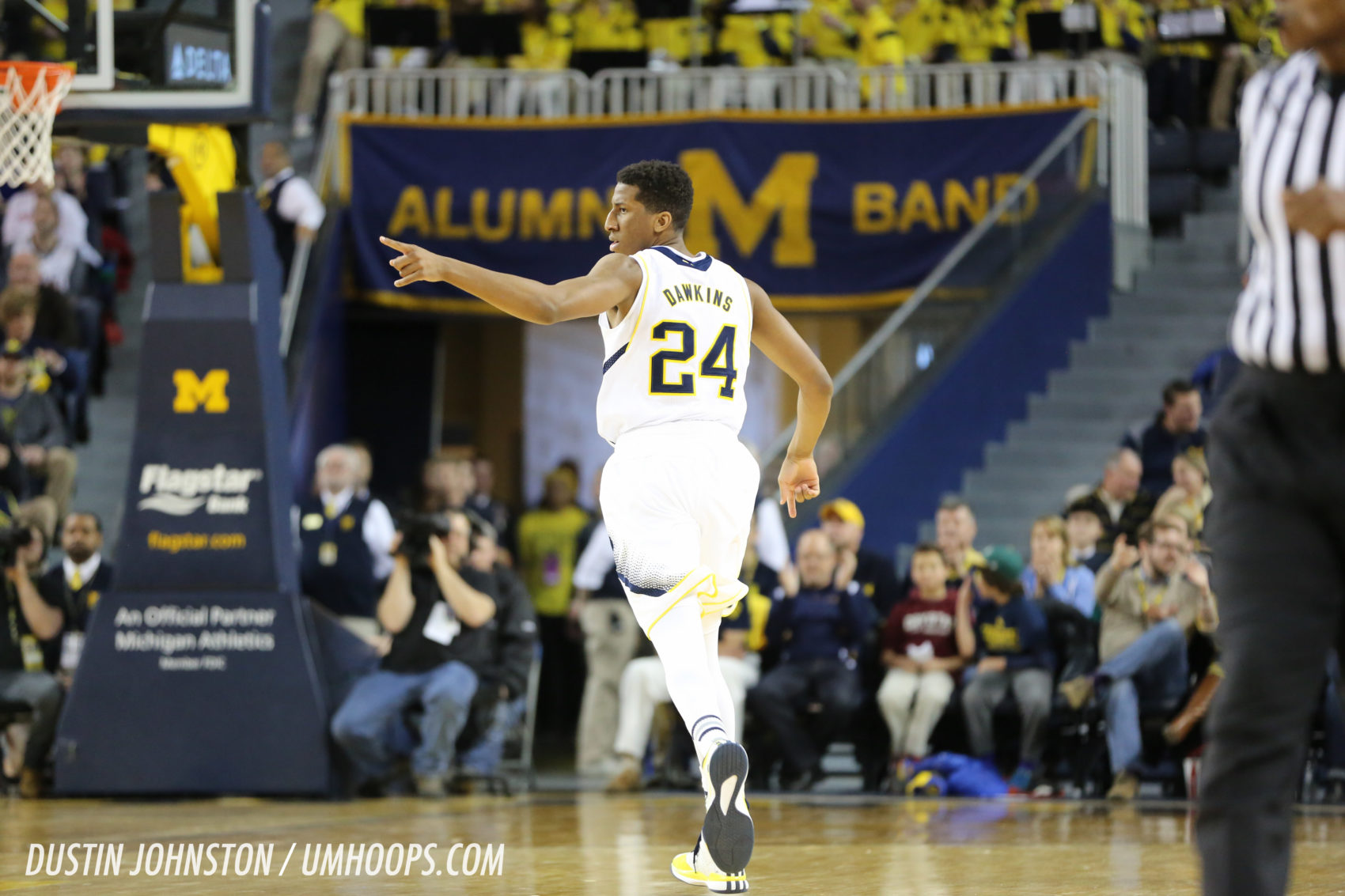 Today it was six possessions from Aubrey Dawkins that seemed to change everything. Dawkins — the same player that had made just 6-of-18 shots all season — came off the bench and made six of seven three-point attempts for a career-high 20 points. The Wolverines needed every single one of them as they came back from a 13 point deficit in the final 11 minutes of the second half to escape with an overtime win over Illinois.

On Monday afternoon, John Beilein spoke about how five or six possessions can change a season.

Flip five or six plays in each Michigan’s past three seasons and the Wolverines are probably a program that was almost good enough rather than one that won two Big Ten titles and made a Final Four. There are moments in a season that don’t always make the most sense, but they have a lasting impact.

Today it was six possessions from Aubrey Dawkins that seemed to change everything. Dawkins — the same player that had made just 6-of-18 shots all season — came off the bench and made six of seven three-point attempts for a career-high 20 points. The Wolverines needed every single one of them as they came back from a 13 point deficit in the final 11 minutes of the second half to escape with an overtime win over Illinois.

Dawkins’ scoring barrage was reminiscent of the way the Wolverines started last year’s Big Ten season, when Zak Irvin knocked in five threes off the bench in a win at Minnesota.

It’s too early to say if Dawkins’ three-point barrage will alter the course of Michigan’s season, or even whether Dawkins can emerge as a consistent rotation player. But they won this game for Michigan and they definitely earned him a chance to make a bigger impact going forward.

Michigan’s offense still has major issues to figure out. The Wolverines continue to fall into long, painful scoring droughts where they can’t figure out what shots are too early, too difficult or just plain bad. This isn’t last year’s offense and it’s not going to be close. The Wolverines entered this game with an adjusted offensive efficiency rank of 100 and while they scraped and clawed their way to a win – points are going to come at a premium for this team.

Michigan scored only 35 points in its first 45 possessions – a meager .78 points per trip – and found itself trailing by 13 with 11 minutes to play. The first 29 minutes of the game should have felt like an unthinkably bad outing on offense, but they were about on pace with Michigan’s last three offensive games.

Then over the game’s final 16 minutes, everything clicked.

Michigan exploded for a ridiculous 38 points in the final 22 possessions of regulation and overtime, equivalent to 1.73 points per possession.

During that stretch, 11 of the Wolverines’ final 12 baskets were assisted after only four of its first 15 makes were assisted. The ball screen game started clicking as Ricky Doyle continuously found himself open rolling around the hoop, there were transition threes, drive-and-kicks and for 15 minutes it was the Michigan offense that we know and love.

Is this group capable of playing that way consistently? The easy answer right now is probably not, but for 16 minutes they proved they are at least capable of clicking for short bursts.

Defensively, Michigan reached into the bag of tricks and pulled out both the 1-3-1 and 2-3 zones.

If you look solely at the result of the zone possessions, the zone probably grades out okay. But while I’m ready to buy into zone defense being necessary for Michigan’s long-term success, I’m not ready to buy that it’s a great zone defense right now. Illinois seemed to get what it wanted against both zones – ball screen penetration at the right elbow against the 2-3 and kick-out threes against the 1-3-1. Michigan deserves credit for digging in and getting some big stops, but there’s plenty of work to be done.

That’s not to say there aren’t positives to take from Michigan’s defensive performance. The Wolverines buckled down and cleaned up the defensive glass and they made some critical stops late in the game. The stop on the final shot was impressive, but there’s no doubt that Rayvonte Rice should have passed the ball to Malcolm Hill (Illinois’ best player on the day) (H/T @WorldOfIsaac).

Michigan is going to have to scratch and claw for 17 more Big Ten games, but it can do that with the confidence of having one win under its belt. This team isn’t ready to compete for a league title or even discuss the NCAA tournament, but one win is in the books and next up is a trip to West Lafayette and a chance for another.