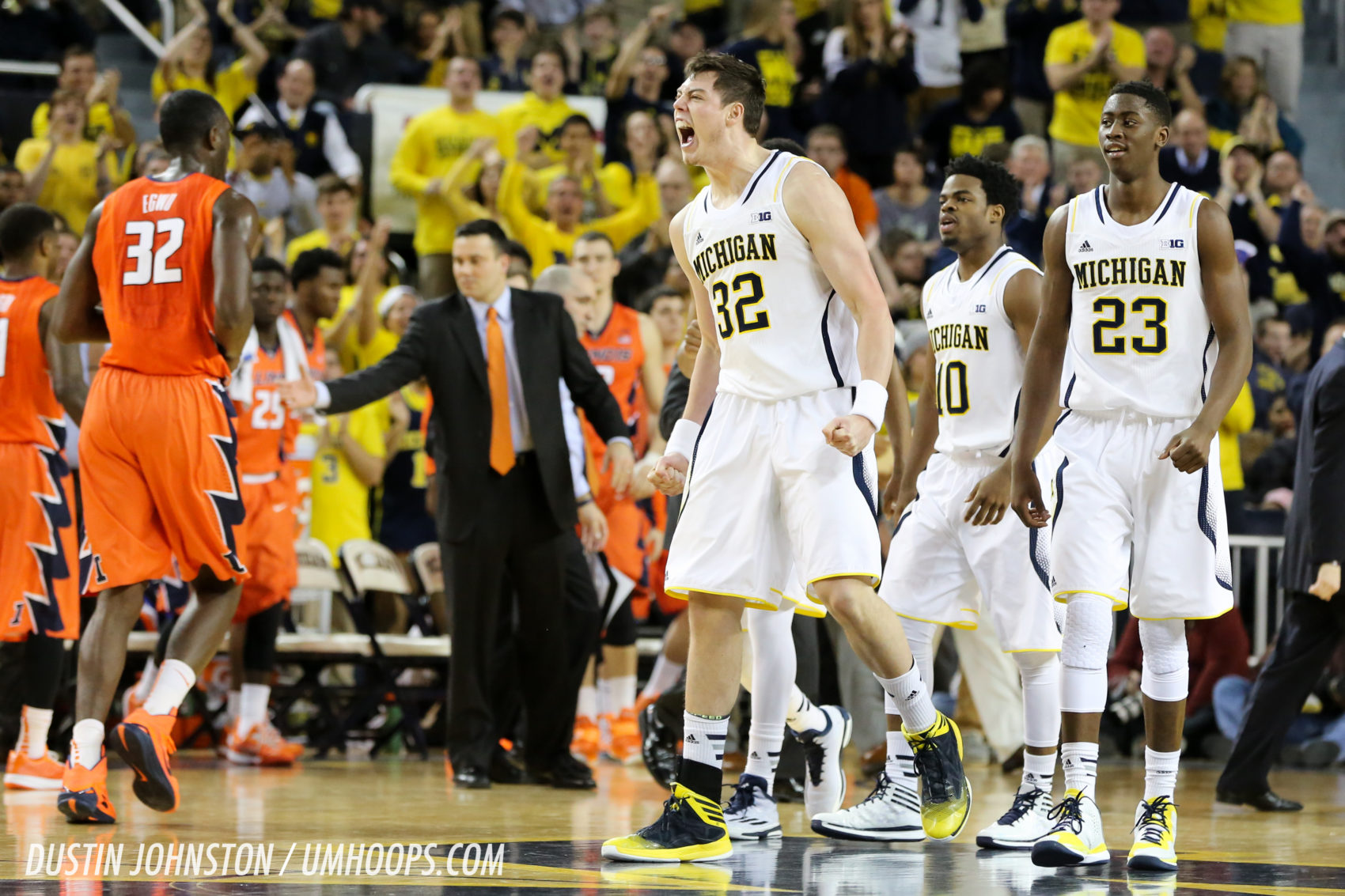 “Everyone, the coaching staff and the veterans, have to continue to find a way to embrace adversity,” Beilein said. “This is truly a different team than we’ve had the last couple of years. Wins are going to be very challenging.”

As the Michigan basketball team travels to Penn State for their Tuesday night matchup, coach John Beilein continues to stress patience — from coaches to fans to the players themselves.

The Wolverines are 8-6 with a handful of bad losses and few good wins, so a positive result against the Nittany Lions (ranked 92nd by KenPom, fourth-worst in the Big Ten, and one spot behind Michigan) is nearly imperative.

Monday morning, Beilein spoke on the improvements Ricky Doyle has made since the beginning of the year.

“He’s embraced the physicality of Division I basketball probably as good as any young man I’ve ever coached,” the coach said on the Big Ten teleconference call. “He’s still learning the ins and outs, and he’s usually playing against a pretty good, experienced player. But we like what we’ve seen from him so far, and, at 18 1/2 years old, I think he’s got a very high ceiling.”

But not all players have made such big improvements in games. The other freshmen, such as Kameron Chatman and Aubrey Dawkins, have provided inconsistent performances throughout the season.

Beilein said his patience has been stretched “in some areas” when players have struggled to grasp concepts that coaches have stressed for months. And it seems as if Beilein isn’t expecting a dramatic turnaround similar to last year’s.

“Everyone, the coaching staff and the veterans, have to continue to find a way to embrace adversity,” Beilein said. “This is truly a different team than we’ve had the last couple of years. Wins are going to be very challenging.”

The Nittany Lions surprisingly lost to Rutgers on Saturday, 50-46, trailing by as much as 14 in the first half thanks to 19.2% shooting.

That game, Beilein said, reminded him of the Wolverines’ putrid second half against Purdue the same night.

“They were much like us in our Purdue game,” Beilein said. “I felt bad, because they had a lot of shots that I think they’ve been making all year long that they did not make. And credit the Rutgers defense for that.

“It wasn’t like his offense didn’t execute. They missed some open shots. We all go through those things.”

Perhaps the biggest challenges Michigan will face Tuesday is defending D.J. Newbill, a point guard who averages 21.4 points per game. The senior sat out the 2011-12 season after transferring from Southern Mississippi, a move which Beilein said has helped him expand his game since.

“He shoots it really well,” Beilein said. “It shows what a year of sitting out could do for him, and then his development over these three years since then. He has become arguably one of the best players in the league.”

One of the bright spots from Michigan’s loss to Purdue was the 17-point performance by Spike Albrecht, who shot 4-for-5 from deep and didn’t commit a turnover.

It was a promising sign for Beilein, who has stressed since before the season that the junior guard should be shooting more often.

“We’ve been encouraging that all year, for him to look at the basket more,” Beilein said. “That’s why the end of that half is so encouraging, he made those three threes. That’s big for us going forward, certainly.”

As Derrick Walton continues battling with a toe injury, Albrecht appeared less hampered by his unspecified ailment — something Beilein noted as well.

“He’s healthier than he was back in a couple game earlier in the year when we needed him, but he just wasn’t as healthy as he is right now,” Beilein said. “He’s working hard at his rehab, and he certainly played like it the other day.”